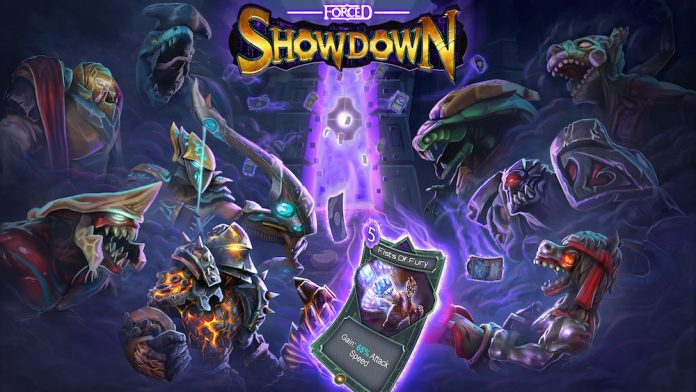 Forced Showdown is a top-down roguelike that incorporates deck building, which seems like a winning combination given the current gaming landscape. However, while Forced Showdown is undeniably charming, I don’t know that it has legs.

I have to put a disclaimer here: I wasn’t able to run through the entirely of Forced Showdown‘s current build as a result of recurring crashes. The game has yet to be released, so glitches are to be expected – but it’s frustrating, especially when you’re trying to get a full understanding of a game’s current build for review. As such, there may be things I was unable to cover. And I don’t know that I can blame my computer; if a machine can run The Witcher 3 on high, one would hope it could run a top-down action game on… well, any setting. It seems the game just doesn’t play nice with my setup. It’s like a puppy you just want to cuddle, but who keeps nipping at your fingers. Let me cuddle you, Forced Showdown.

Forced Showdown‘s card-based formula is fairly interesting and intuitive: you create a deck for your character, and that deck determines which cards are given to you at the beginning of each round. These cards can grant you health boosts or special abilities, and in addition to these abilities is a ranged or melee basic attack. Occasionally you’ll get enough resources to spin for a new card, and if you’re lucky you’ll grab yourself a rare. On top of this, players have the option to choose not only their playable character, but a (cute and cuddly) companion that grants certain abilities as well. 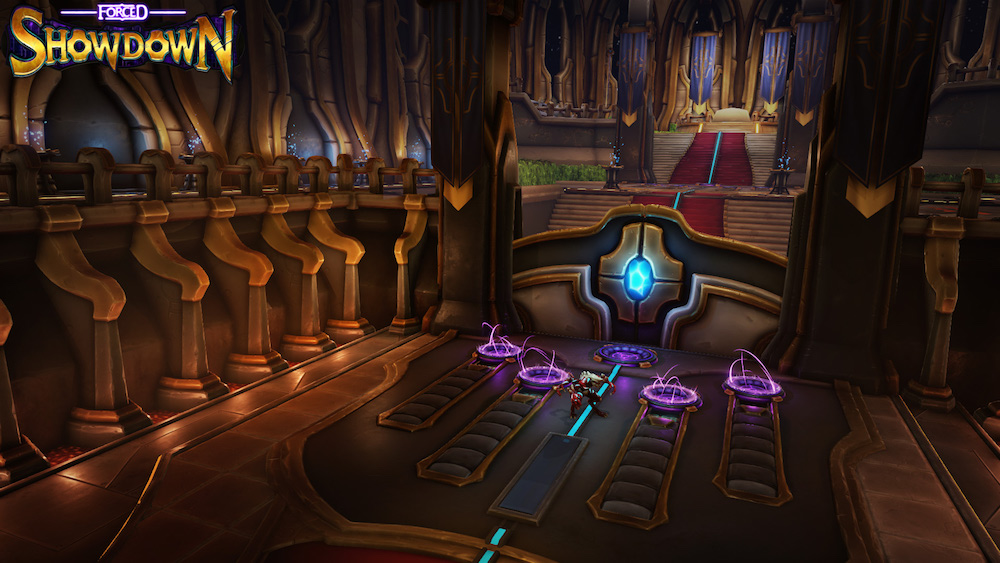 Card building and companions aside, the gameplay at the core of Forced Showdown is simple and familiar, and not unlike any other somewhat generic top-down action game. This may not be a problem for some people, but I felt the game grew stale fairly quickly. Cards aside, the game simply didn’t offer anything particularly new.

A large problem for me was how easy the game was; I found myself thinking of other things as I blasted away at the non-threatening creatures in my way. This may be rectified somewhere down the line, or may even be solved in one of many mysterious rooms that the game’s crashing forbade me from entering. In fact, the “this program is not responding” window is the only boss I really had trouble with. It tells you you can wait for the program to respond but you know that’s a damn, dirty lie.

One strong point in Forced Showdown‘s favour is its atmosphere. It is presented as a sort of television gameshow, and the stages all have a lot of personality as a result. The aesthetic, narration, and music all come together to create a game that is quirky, and often quite funny. It is similar to a game like Rocket League wherein the setting is vague and not a huge focus, but still provides an effective backdrop. Frankly, the setting gives Forced Showdown some much needed character. All that said, I do wonder if a true story could have provided the game with an added incentive to play that would have made up for the simplicity of gameplay. 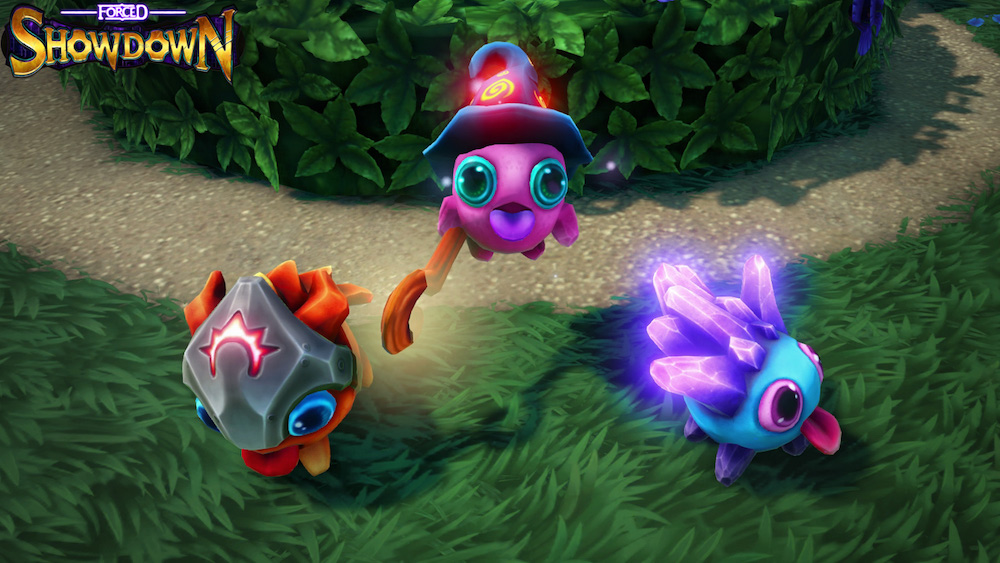 The end result is a game that undeniably has heart, and even presents some new ideas, but grows predictable fast. Forced Showdown is good, but not great, and while it provides some fun, I don’t see it as something I would go back to in the long-term, crashing or no. Developer BetaDwarf should nonetheless be applauded for its ability to effectively create a fun world that looks and sounds damn good. I just wish there was more there – and who knows? Maybe there will be come 29 March, when it is finally released.