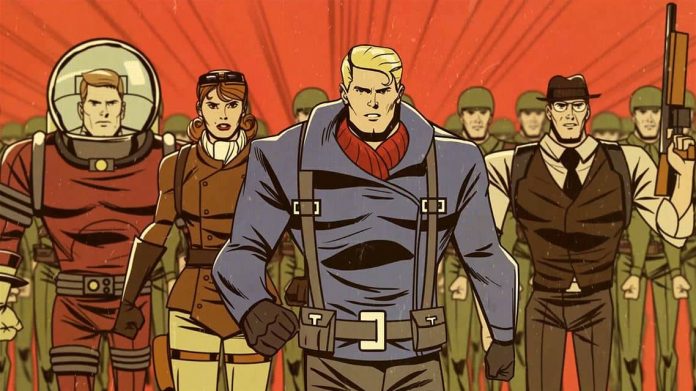 Tower defence is one of the oldest and most popular genres in gaming; it’s pretty much been done to death. So when a new one hits the market, you have to ask the question of whether it will offer anything new. Fortified is the latest game to be questioned, a new title for the Xbox One by Clapfoot Inc.

Fortified gets off to a brilliant start with its unique setting: the whole game is designed like a 1950’s B-movie with its comic book stylings. It’s very reminiscent of classic sci-fi movies like Forbidden Planet and Plan 9 From Outer Space. The setting is unique, attractive and compelling – you can’t fail to be drawn in by the dramatic alien invasion story. The start of the game requires you to choose between four heroes: the Captain – a real American hero straight out of the marine core; a smart and sexy jetpack riding heroine; a space cowboy with unrivalled shooting abilities; and lastly the brains of the operation – a top secret government agent. Each has their own skills and abilities that can be mastered and used in the game in different ways. You will be required to put some time into each one to discover the best one to suit your individual needs.

Undoubtedly the best known and most successful example of this genre in recent times is the hugely popular Plants Vs. Zombies, and Fortified certainly borrows a great deal from Popcap’s game. Not only does it copy over the tried and tested tower defence mechanics, but also the third person shooting mode. Meaning that you will have to learn how to fight yourself as well as command and strategise the troops in your command. All the same characteristics are present in the combat too; weapons and defences that are unlocked as the game goes on and a multitude of different settings for the levels to take place on. The way the levels take place in waves is also standard fare for these games, and the co-op mode that brings your friends into help will also seem very familiar. Don’t get me wrong though: despite the complete lack of originality in the gameplay (especially when compared to the setting), Fortified is still a highly compelling and enjoyable game. 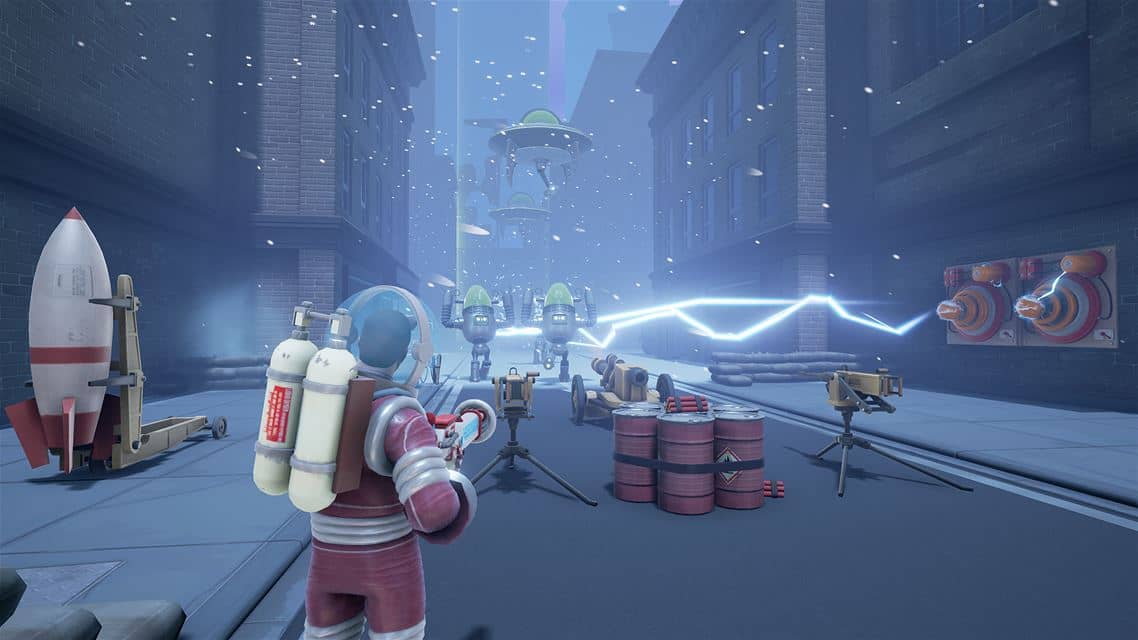 The enemies are beautifully designed with the manic alien robots and their intimidating masters descending upon you, while the dark and atmospheric level settings and uniquely charismatic characters also help to ramp up the appeal of this game. While Fortified is certainly enjoyable in single player mode, it takes on a whole new lease of life in multiplayer. Whether teaming up with your friends or just joining a bunch of randoms from around the world, it’s a much more satisfying and enjoyable experience with you arguing over tactics, learning to work as a team and ultimately trying to take the bragging rights as the best player. Fortified is the kind of game that Xbox Live was designed for in many ways. The online execution is excellent and the only problem you may face is finding people to play the game with, but as long as people give the game the attention it deserves that shouldn’t be problem.

In conclusion what Fortified lacks in originality it certainly makes up for in style and execution. It’s definitely one of the best games I have played that’s been offered up on Microsoft’s download service. It offers a great deal of long term play that should satisfy people of all ages, and is a game that any Xbox One owner should be paying attention to – especially if you have always loved the whole idea of Plants Vs. Zombies but are fed up with being forced to team up with potty-mouthed 10 year olds!

Fortified is available on PC and Xbox One. We reviewed the Xbox One version.