Futuridium – besides sounding like the secret elemental weakness of a superhero called “History Man” (patent pending) – is an indie shoot ’em up available on Steam, PS4 and PS Vita. With its 3D design, polished gameplay and bangin’ electro soundtrack, Futuridium EP Deluxe takes the classic shoot ’em up style seen in games such as Uridium and brings it into the futur- OHHH I see what they did there…

Piloting a spaceship trapped in an infinite Futuridium Loop and separated from your fleet, you alone must attack the (apparently significant) blue squares that cling to the hulls of various celestial vessels in order to reveal their cores and destroy them. Sound simple? Think again. Your constantly-draining energy meter will tick down to your death if you do not act quickly enough; and as your spaceship was apparently designed without any kind of brake system (because I can’t for the life of me think why you would need one), your only hope as you hurtle continuously forwards at a ridiculous velocity is the ability to instantly flip 180 degrees with the press of a button and hurtle continuously in the opposite direction at an equally ridiculous velocity. Perfect for blasting any cyan blocks you missed on your first assault, but no so perfect when multiple heat-seeking missiles are rocketing right up your butt like a cluster of highly explosive Freudian symbols.

The first thing that popped into my head when I started playing Futuridium EP Deluxe was appreciation of just how successfully the team at MixedBag managed to recreate the vibe of old arcade shoot ’em ups in their game. The second thing that popped into my head was a migraine. Futuridium is deliberately designed with a vibrant retro aesthetic, but I can’t say it was a feature my retinas appreciated. Watching the intense neon colours flash and blur past my spacecraft as I enacted teal-cube genocide wasn’t without its charms, but it caused a mild stinging in the eyes like when you sit too close to a CRT television, or watch a 3D film without the special glasses. 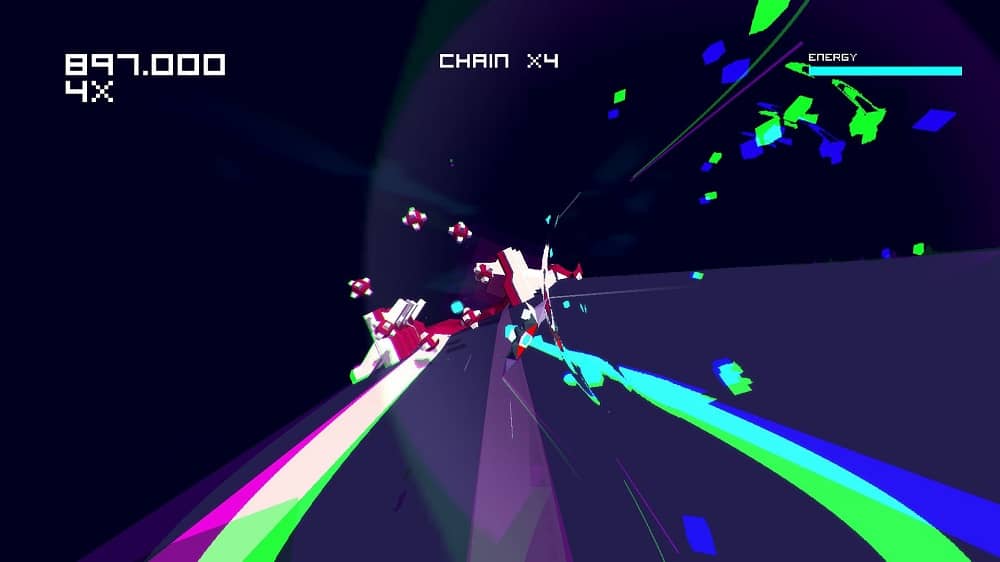 Potential eye-strain issues aside, pop a Nurofen and you’ll notice that Futuridium is actually a pretty good-looking game. It has many nice touches and polishes thanks to modern graphical technology but maintains a low-poly aesthetic to pay tribute to its lineage, and the look is pulled off nicely – just as successfully as its hybridisation of modern and retro gameplay elements. Sometimes Futuridium feels like the spirit of Defender reincarnated into the body of a Star Fox game. Short arcade-y stages, 8-bit difficulty and neon colours; but with 3D environments, forward-scrolling flight and obstacle course style level design.

Futuridium also incorporates some roguelike elements, as each of the game’s five zones comprise of 10 individual stages that must all be completed in one go in order to progress. Die and it’s right back to stage one, sonny. But considering just how difficult this game gets at points, nothing becomes more frustrating than dying at a zone boss for the fifteenth time and knowing that you’ll have to play through the same nine levels again before you even get another attempt. Perhaps taking another leaf out of the roguelike book and incorporating a procedural-generation mechanic would keep the levels varied and fresh, rather than forcing players to bitterly repeat the same stages over and over.

Despite this frustration I’m forced to admit that Futuridium‘s gameplay is very addictive. I’ve always been a fan of twitch platformers, reveling in the difficulty of playing a blisteringly fast-paced game that requires pinpoint timing for success – like fast forwarding through a Frozen DVD and trying to pause it on the exact frame that a subliminal message appears encouraging kids to demand branded plastic tat for Christmas. Futuridium generates that same excitement, the speed at which you are required to react puts you into that trance that all gamers have experienced – where your reflexes become so quick that your girlfriend could sneak up behind you and you’d give her the back of your hand before she could even start pestering you for sex. 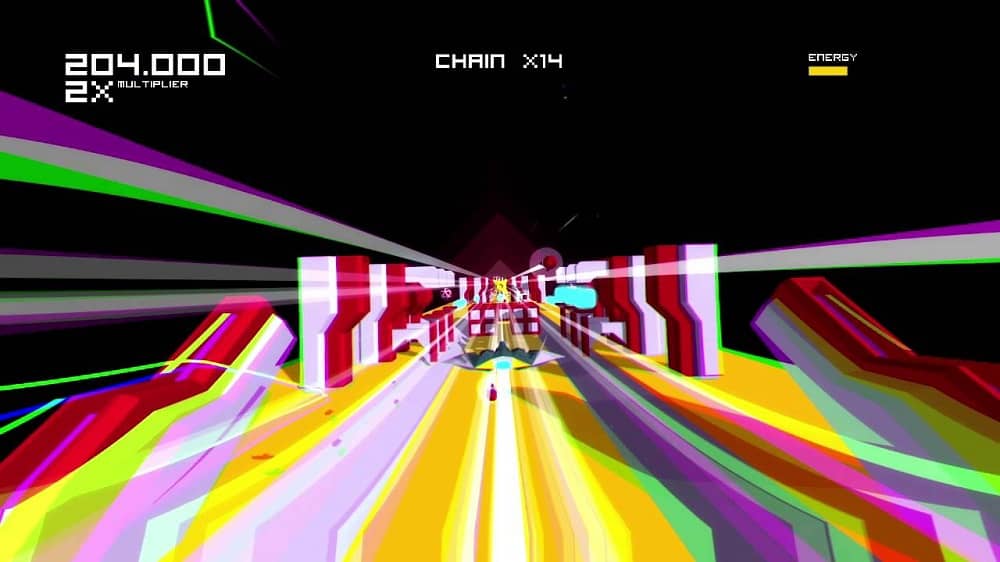 If the aim of a good arcade game is to be simple, fun and addictive, then Futuridium EP Deluxe surely delivers. Though frustrating in many ways, there is a solid game at its core which – if entered into with the right mindset – can have you saying “just one more go and then I’ll stop” for hours on end. Stimulating (perhaps even overwhelming) both aurally and visually; the simple design of the game ensures that, even when not in the right mindset, it’s a great game to just sit in front of and kill twenty minutes – maybe while you wait for another game to update. Or a frozen pie to cook. Or a prostitute to arrive.

Futuridium EP Deluxe is available on PS4, PS Vita and PC. We reviewed the PC version.