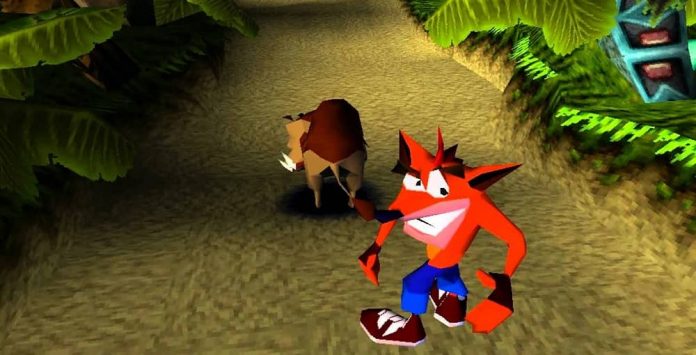 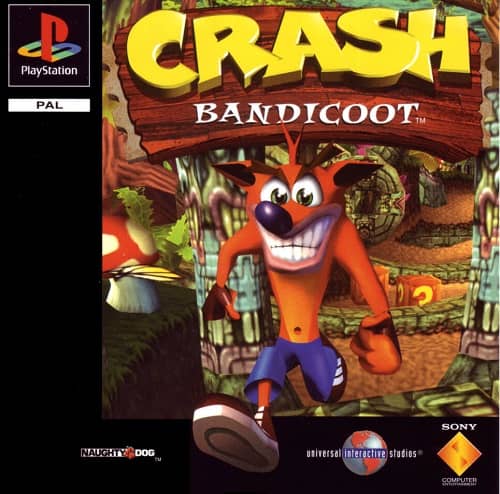 At a time when Sega were the forerunners in the home video games market, Sony were trying to launch the PlayStation. Originally conceived as an add-on for the Super Nintendo Entertainment System (SNES), the PlayStation was now to be its own entity. But experience had taught Sony that to be successful you needed a mascot; a Sonic or a Mario, a brightly-coloured, instantly recognisable figure. Ladies and gentlemen, allow me to introduce: Crash Bandicoot!

Crash began his life as a simple creature, a Bandicoot strangely enough, but the evil Dr. Neo Cortex altered the poor critter’s evolution using his untested “Cortex Vortex” and inadvertently created his own nemesis, our beloved mandarin marsupial and then the rest, as they say, is history.

If you’re anything like me, you grew up playing simple, two-dimensional games like Pong, Frogger and Space Invaders. When Sega released the MegaDrive with its affordable, brightly-coloured games, it was hugely exciting! Other people may have had the Nintendo Entertainment System or the SEGA Master System, but the MegaDrive is responsible for most of my gaming habit. Sonic The Hedgehog, Shinobi, Desert Strike, Super Monaco GP; all great games but they were blown out of the water by the 3D graphics of the PlayStation.

Crash Bandicoot was a revelation! It released a full year after the console launched, but until this point, platformers had mostly been 2D side-scrollers like Gex or (the admittedly amazing) Rayman. With Crash, for the first time you didn’t have to just go forwards or backwards or side to side, you could do both! It doesn’t sound like much now, but at the time this was essentially science-fiction.

“Crash Bandicoot was a revelation! It released a full year after the console launched, but until this point, platformers had mostly been 2D side-scrollers”

For the first time, you had a sense of depth. Enemies would appear in the distance and become larger as you got closer to them (or they got closer to you) which added an extra puzzle element to the game. In, say, a Mario game, the Goombas and Turtles were always the same size, regardless of where you were stood, so it was simple to gauge whether you were close enough – when they were stood in the few pixels next to you, jump! In Crash you would need to direct your jump by moving forward, backwards, left and right enough to make sure you landed on the baddies. The same was true of the environment. If you needed to head up a stream using some floating lily-pads or stepping-stones, one misjudged jump and you’d end up in the drink. 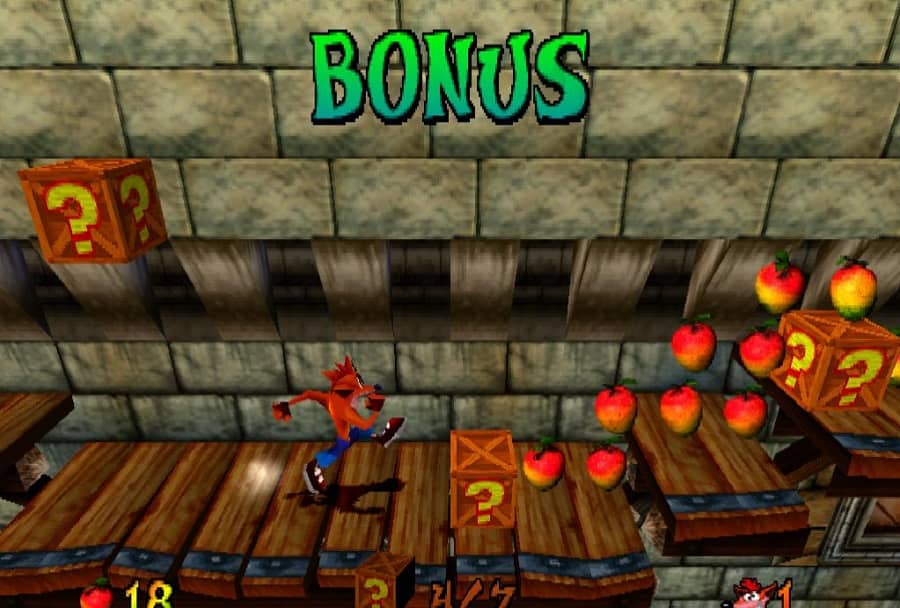 Each level was unique. They were all brightly coloured and well designed, so you never got stuck on an unclear objective. Everything was challenging enough to make you want to play, but not so challenging that you lost interest. The stages were set around N. Sanity island, but each one felt distinctly diverse and prevented any sense of monotony. Sonic The Hedgehog had used a similar mechanic, starting you in the Green Hill Zone before sending you to the Marble and Spring Yard Zones and so on. These changes weren’t so extreme; it was usually just a different part of the jungle you were in, facing different enemies, traps and environmental elements (like rivers or cliffs) but each advancement felt like a natural progression through the game. You start on the beach, work your way in-land, then climb a cliff and so on. It all made sense.

One of the best things about the Crash Bandicoot series is its focus on entertainment. Even such small things as crates containing Wumpa fruit (like apples, but more Wumpy) would allow you to bounce on them, sometimes hiding an extra life out of view off the top of the screen, only found by doing a double-jump at the top of your bounce, but the game realised the novelty of these crates and put one above the other, so you’d hop in and be bounced between the two super-fast until all of the Wumpa fruit was gone and one of the crates broke. A simple thing, but expertly executed – this pretty much sums up the whole game. You also had some pretty unique moves, you could slide (which hadn’t been seen before) as well as spin and body slam, these were a far cry from Mario and Sonic’s simple jumping techniques.

“Crash didn’t just define its genre, it defined its generation. It pioneered a new direction for games as a whole”

Why is Crash Bandicoot a Game That Changed Our Lives? It’s a legacy thing, as you might expect. All genres have their defining moments, that’s kind of what this series is about, but Crash didn’t just define its genre, it defined its generation. It pioneered a new direction for games as a whole. Games could now have different types of levels, rather than all being simple “Start at Point A and run and jump to Point B” affairs. You now had vertical levels and levels where you were chased by a boulder (or Polar Bear, in later iterations) or levels where you rode around on a pig! Variety was now the name of the game with both style and substance in equal measure.

“Often imitated, never bettered” is the saying. Games like Croc: Legend of the Gobbos, Spyro the Dragon and the later Rayman entries were clearly “influenced” by mechanics introduced by Crash Bandicoot. In Spyro‘s case that really worked, leading on to its own impressive and enjoyable trilogy, but as Rayman discovered sometimes it’s okay to do your own thing, as the 3D entries were generally less well received and the series has since, wisely, switched back to 2D with its own unique (and absolutely gorgeous) styling. 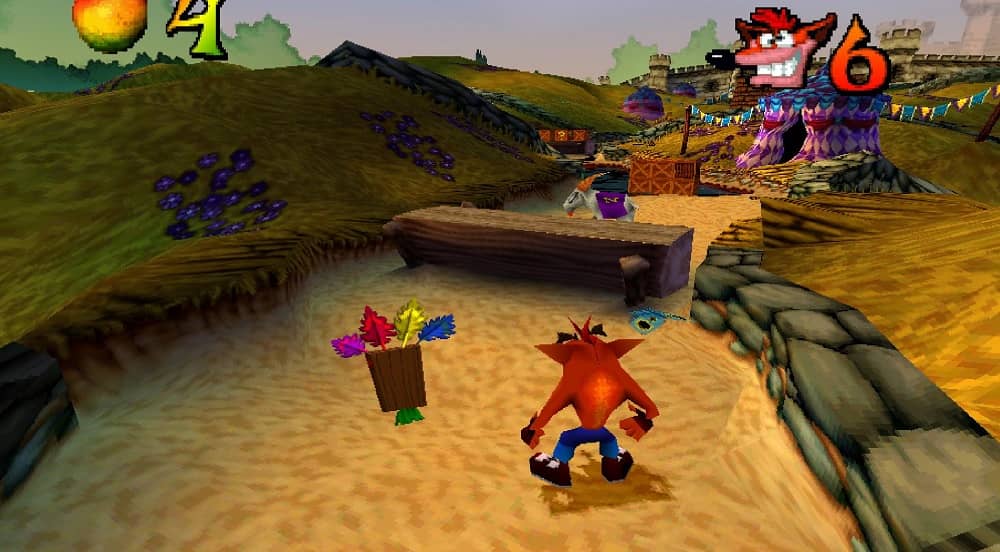 As a series, Crash Bandicoot delivered a fantastic trilogy with Cortex Strikes Back and Warped as the second and third iterations respectively. These were followed by the reasonable PlayStation 2 offering Wrath of Cortex and its lesser descendants Twinsanity, Crash of the Titans and Mind Over Mutant, all of which fluctuated in quality but remained around the distinctly average mark.

Crash also led to Crash Team Racing (CTR), considered by many (myself included) as better than Mario Kart with the now instantly recognisable environments and characters coupled with superb track design and precisely balanced, varied weapons and power-ups offering one of the best multiplayer experiences around. Crash Nitro Kart and Tag Team Racing again couldn’t emulate CTR‘s success and clearly show the difference in quality where control was handed over from Sony and Naughty Dog to outside developers.

“As a series, Crash Bandicoot delivered a fantastic trilogy with Cortex Strikes Back and Warped as the second and third iterations respectively”

The final entry developed by Naughty Dog and published by Sony was 2000’s Crash Bash; a four-player party game which was fantastic fun with friends and pretty enjoyable on your own. After this, a number of spin-off titles for different systems including portable and mobile devices were released but none have that magic touch that Naughty Dog seemed to effortlessly apply to everything they develop. They’ve long since moved on from the likes of Crash Bandicoot and Jak & Daxter to the Uncharted and Last of Us franchises and as happy as I am with those – they’re some of my favourite games, in fact – I’d still love to see one final entry in either of their landmark series.

Crash Bandicoot is largely responsible for many of the games I have enjoyed over the years and it remains thoroughly enjoyable to this day, available via the PlayStation Store. All the speculation of a series return, helmed by Naughty Dog, is very exciting but I can’t help but feel doubtful that anything will ever come of it all. But that’s okay, Crash Bandicoot will eternally remain a classic and regardless of any reboots, remasters or rehashes, it will also remain one of the Games That Changed Our Lives.