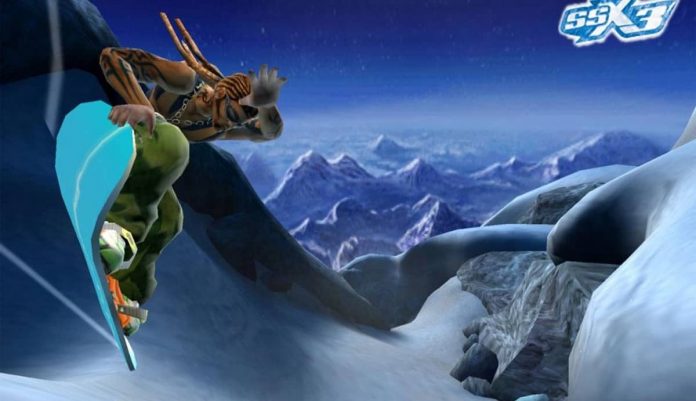 Ever notice how the third of something is usually the best? Die Hard 3, Rambo 3, Alien 3, Starship Troopers 3? Actually, those are all terrible examples. Well anyway, I often get asked which SSX game, in my opinion, was the best – other people say it was SSX Tricky but other people are wrong. It’s obviously SSX3.

2001’s SSX Tricky (the second release in the SSX series) was great fun with its brightly coloured levels and interesting and unique characters. The familiar formula of choosing a track and a rider from a set of menus and then racing or tricking your way to the top of the leaderboard was well established – it had been around since SSX first launched in 2000 – and it worked just fine. You could boot up the game, load a level and finish within about 10 minutes. But that was the trouble; if something is just fine, surely that means there’s room for improvement? Did we need “levels” anymore? With good, 3D, open-world titles like Grand Theft Auto III now in existence, the days of games with levels – such as Crash Bandicoot and Super Mario – were surely numbered. I mean, why load just one area or map that lasted for 10 minutes, when you could load an entire open world and mess around without limits?

“Despite SSX3 being the third in the series it was easily the best experience, and the primary reason for that was the promise of an entire mountain to enjoy”

Despite SSX3 being the third in the series it was easily the best experience, and the primary reason for that was the promise of an entire mountain to enjoy. When you first stepped onto the crunchy, bright white powder, things were kept nice and familiar; races were short, tricks were limited and everything was as comfortable as a favourite pair of old slippers. The mountain was split into three peaks and this nice, familiar feeling you had was based on Peak One of three. It’s a bit like spinning on the tea-cups at an amusement park with an enormous rollercoaster looming overhead, shaking, creaking and cracking as the carriage of screaming passengers thunders by. As you progress through the game, Peak Two and eventually Peak Three would unlock for you, letting you loose on those progressively more difficult areas, but not until you were ready. 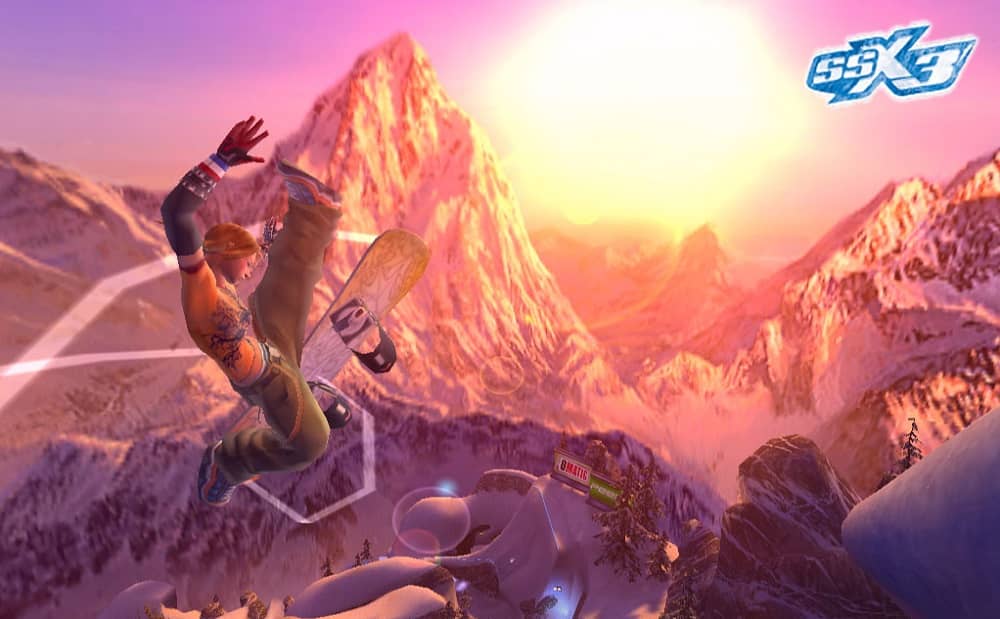 You can begin to conquer the mountain by taking part in one of the 11 predetermined races or the 15 trick events split between the three peaks. Simply choose who you want to play as, choose a board and your accessories and you’ll be pit against fellow ‘boarders or against a rival as you attempt to win each event. I even splashed out on the PS2’s network adapter – a precursor to today’s online, multiplayer dominated world – to race against people online, which at the time was a real novelty! Each time you raced you’d earn XP to buy new attributes or outfits at your leisure. As you worked your way progressively higher up by winning the events, you’d be able to free-ride between the different start areas, each of which had a competitor’s gate to enter as you approached, or go around to continue to slither down the course without any set goals and just enjoy the experience. Each track was perfectly balanced between speed and splendour, interspersed with jumps, tunnels, rails to grind and crowds to please. If you manage something spectacular or you pull some serious air, then all of the audio becomes transient, pulling focus to your awe-inspiring feat so that you always feel like the centre of attention. Race hard enough and beat all of your rivals and you’d unlock the final peak.

But let’s not get ahead of ourselves – There’s more to SSX3 than just this.

“…the atmosphere created by the crunch of the snow, the frigid breeze rustling through the trees and at times the almost total silence brought on between the weather”

It’s also worth remembering the utterly unparalleled atmosphere created by the sounds of the mountain – the crunch of the snow under your board, the frigid breeze rustling through the trees, and at times the almost total silence brought on between the weather. Mixed into all of this were the transcendent tunes sent straight to your ears by DJ Atomika, your guide to Big Mountain from his booth at Radio Big. The occasional snippets of weather information or other events that Atomika mentions help make the world feel alive. It’s just a cool feature to hear about another race that’s going on while you’re shooting the breeze in free-ride.

Finally you’d work your way to the top of Peak Three and a whole new experience awaited you. You could now ‘board from the terrifying tippy-top of Peak Three all the way down to the hedonistic, hectic hub of Metro City at the end of Peak One. This was a 30-minute thrill-ride, similar to that rollercoaster I mentioned, where every twist and turn of the course had been intricately designed; there were usually several different paths to choose from with most of them having chasms of spiky stalagmites on one side and routes to moments of pure ecstasy on the other, whether that was a huge jump offering you the chance to perform fantastical tricks and twirls or a steep ice-cavern sending you shooting through it at breakneck speeds. 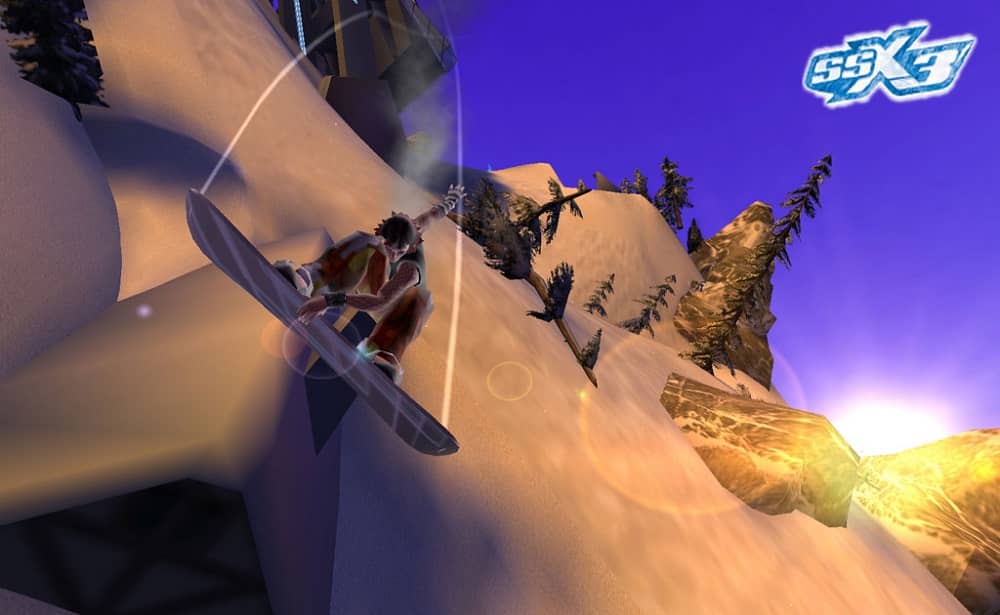 Whichever route you chose there was never disappointment. Every path on the third peak felt untouched by man, coated in fresh, unstable snow, wild and dangerous and just waiting to be tamed. No other game had offered such a chance; usually you were greeted by crowds of cheering supporters – or at the very least, by some other riders waiting to challenge you – but once you were dropped off on the head of the colossus, you were all alone. A freezing wind whipped around you and the mountain stretched out ahead, daring you to challenge it so that it may claim you as its trophy.

Once you’d experienced that tumultuous 30-minute trip, you’d be hooked. An irresistible urge to explore every alternate option on the way down would eat away inside you.

“…freezing wind whips around you and the mountain stretches out ahead, daring you to challenge it so that it may claim you as its trophy”

SSX3 was a seminal mix of races, events, multiplayer and single player exploration. It remains a critics favourite with a Metascore around 95 and has inspired countless games which came after it, such as Burnout Paradise and Skate. It’s one of the titles that still holds up today, and despite being over 13 years old, it remains exhilarating, enjoyable and entertaining. The latest instalment, 2012’s series reboot SSX continued SSX3‘s legacy of freedom and choice, utilising new hardware to offer you over 300 different events from different regions around the globe, but that’s for another time. For now, let’s thank SSX3 for its genre-defining sense of freedom, spectacle and adventure. An unforgettable masterpiece that truly was a Game That Changed Our Lives. 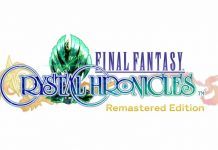 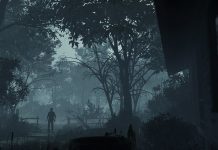 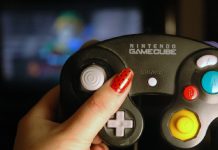 10 Of The Best Nintendo Gamecube Games Of All Time