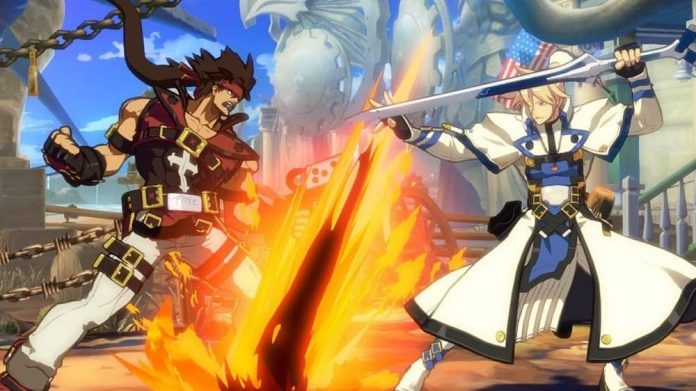 “GUILTY GEAR!” exclaims a badass voice as your ears are melted with shredding guitar solos and, already, you know you’re gonna have one epic experience before you’ve even passed the start screen in the heart-pumping anime and Mortal Kombat lovechild that is Guilty Gear Xrd SIGN.

While the title is a bit of a mouthful, it acts as a perfect metaphor for this game. Guilty Gear is centred on excess, and it boasts every aspect almost perfectly. A tumultuous Tekken-styled fighter, it packs a ton of narrative into its gameplay. The age-old “Arcade Mode” gives each character context that interlinks with the main narrative; an epic construction of animated cutscenes that lasts for a few hours, playing out like a film. It combines a typical anime art style with 3D cel-shaded graphics and hand-drawn still segments.

The story is a tad confusing however, as it jumps around over several characters within the first 30 minutes. It’s quite a complex concept, and even after playing through and watching the story mode unfold, I’m still not even too sure what it was about. The basic plot is based around a kingdom of people who are on the hunt for a powerful unknown life form, known as “Ramlethal”, who takes on the form of a young woman. The army use Ramlethal’s twin sister, Elphelt, as a way to attract her as Ramlethal has declared war on the entire world. For me, the story mode is probably the weakest part of Guilty Gear Xrd SIGN, with clunky dialogue and sometimes unintentionally awkward character interactions. At times, conversations are very jittery with long pauses between speakers, and characters’ facial expressions don’t always fit the emotion they try to portray. On top of that, the story itself isn’t very engaging and the voice actors aren’t amazing – but when you take into account the exhilaration of arcade mode, this can all be overlooked. 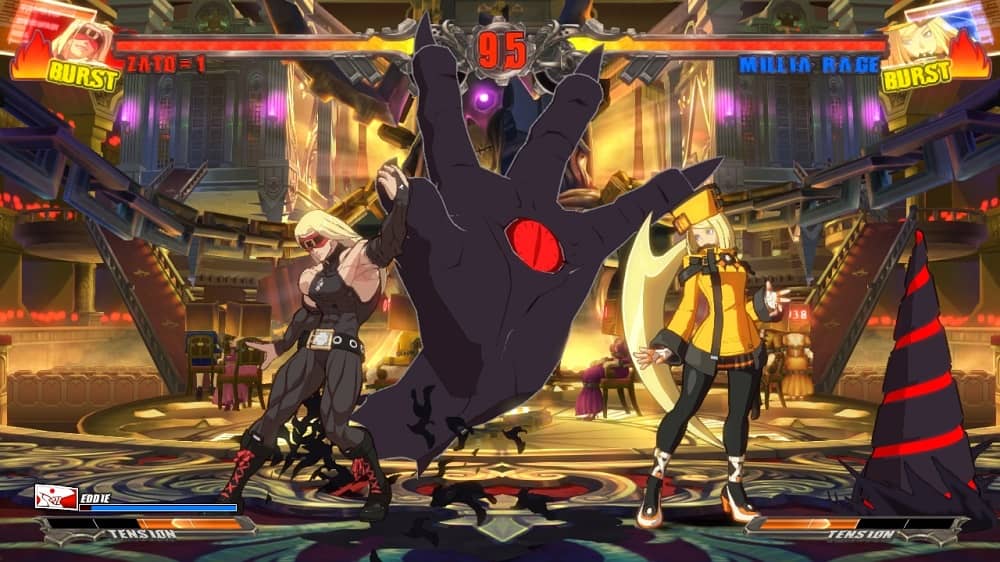 The gameplay of Guilty Gear is just fantastic. While it keeps the basic controls that most fighting games have, it actually offers genuinely interesting characters, such as Bedman, Faust and Zato-1. Also, all of the characters have a plethora of wacky moves ranging from simple punches and kicks to explosive projectiles, fantastical powers and even Mortal Kombat-esque finishing moves that go into full cutscenes; although it substitutes the gore for an occasional comedic moment or an epic finale to the fight. Each attack is accompanied with flashing lights and entropic sound effects to make the game even more frantic. The whole arcade mode feels like you’re acting out an epic anime battle and it makes you feel extremely badass.

The game doesn’t take itself too seriously a lot of the time, with some terrible character names like “Sol Badguy”, and the aforementioned “Bedman”, who is literally a man in a bed. Original, right? But putting that aside, you’re always promised an exhilarating fight as the AI difficulty at default is perfect whether you’re a player just starting out or someone who already has some experience with the Guilty Gear series.

The music in Guilty Gear Xrd SIGN is a collection of heart-pumping rock tracks, complete with brutal guitars and pummelling drums; you’ll be headbanging your way through each stage whilst fuelled with heaps of adrenaline. The game does exhibit great versatility though, with some softer string pieces that seamlessly transform the mood of the game.

The art style is beautiful. The arcade mode is mostly cel-shaded 3D which creates a cartoonish feel to the game, but it is damn gorgeous with the oddball characters and amazing interactive environments that always keep the screen busy. It pulls off a perfect infusion of styles, ranging from a futuristic utopia to a lush forest and the mixture of backdrops keeps the game feeling fresh, round after round. There also seems to be slight influences of gothic imagery interwoven throughout the game, with some locations seeming ominous and very Tim Burton-esque. 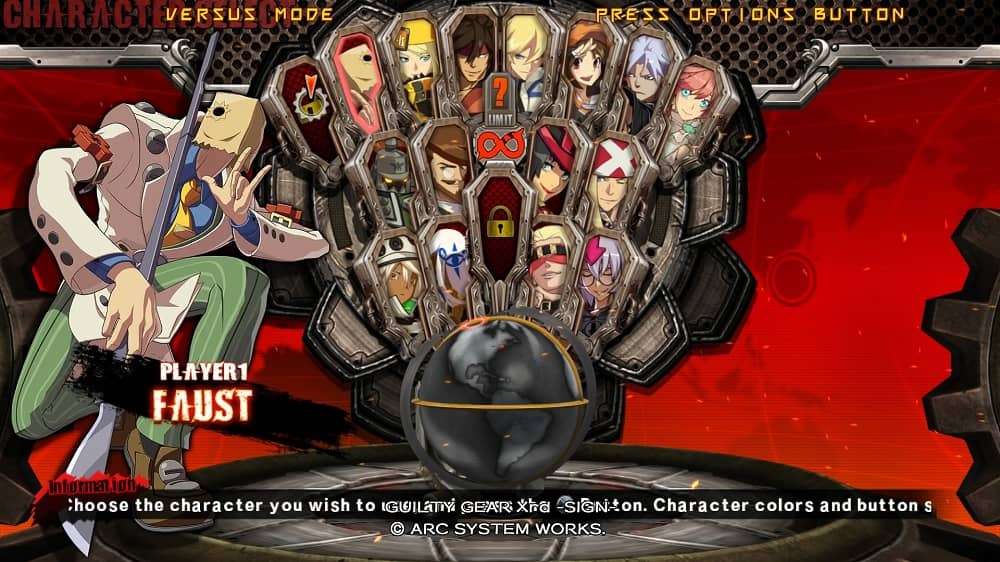 All in all, Guilty Gear Xrd SIGN is a wild ride from right from the moment you reach the start screen; with so much going on, it’s almost impossible to get bored or feel like there’s any repetition in the game. While the story is a tad lacklustre and doesn’t serve the most thought-provoking narrative, it is easy to let this slide with all the positive qualities that the actual gameplay has to offer. The developers have managed to take a classic and overdone genre and put a fresh and exciting spin on it. Guilty Gear Xrd SIGN is definitely worth your while if you are a lover of fighting games, anime and complete madness.

Guilty Gear Xrd SIGN is available on PS4, PS3 and PC. We reviewed the PC version.