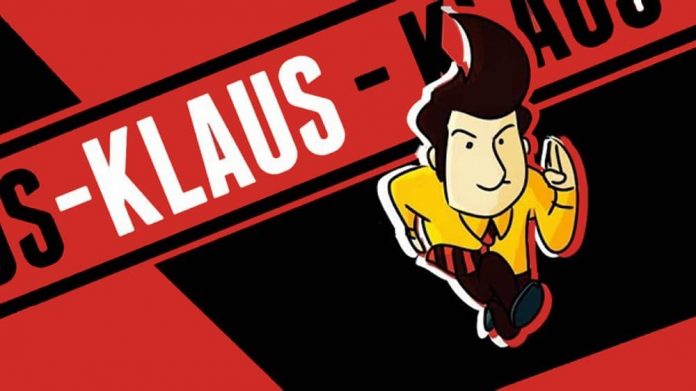 Imagine waking up in an ominous red basement, unable to remember how you got there or who you were.

With the word Klaus tattooed on your arm, would you assume the same as the protagonist of this harrowing adventure, that it was in fact your name? Either way, it’ll soon become the least of his worries, as he’ll soon come face to face with a series of puzzles and traps all seemingly designed to put an end to his escape. Not only that, but he’ll also have to deal with an existential crisis. Yeah, it’s not a good day for Klaus.

With its very distinctive audio and visual style, Klaus is a 2D puzzle platformer that certainly stands out from the crowd. Levels are composed of crisp, bold colours and straight edges, almost giving it a papercraft appearance; character models are stylised and very endearing, whilst the music is expertly composed to suit the situations and environments our hapless amnesiac finds himself in. Even if Klaus didn’t play well, it would still be an interesting game. Thankfully though, due to its mysterious story, excellent presentation and pleasant gameplay, Klaus is not only interesting, it’s also mesmerising and enthralling.

Initially, you take control solely of Klaus, navigating him through the red basement he awoke in. It’s the usual platform game fare of running, jumping, pressing (or, in Klaus’ case, hacking) switches and avoiding traps, but it’s done so well that it feels fresh in an industry now full of open world epics and first-person shooters. There’s also the added dynamic of you, the player, being able to manipulate certain objects in the game world by using the PS4’s touch pad – much to Klaus’ despair and delight. Also, what’s really charming is that whilst there is no voice acting in the game, Klaus communicates with you pretty much constantly, his confused thoughts and feelings appearing in the scenery as you progress. 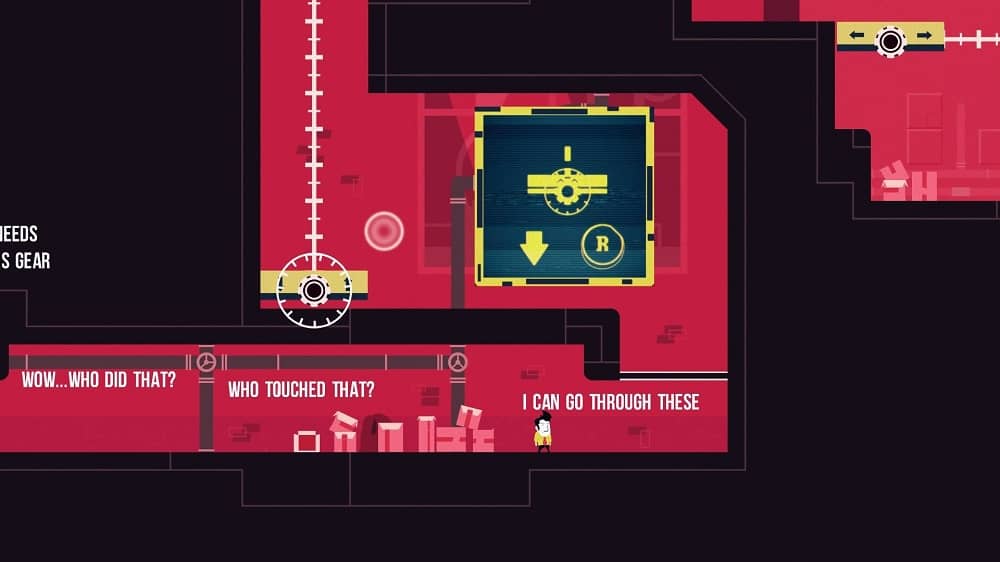 Now, I’ll not say too much about the story, as Klaus is the type of game that is best to go into blind, but it’s not giving too much away to tell you that you gain an extra character to control at the end of the first group of levels. Called K1, this hulking brute towers over Klaus, and whilst there’s not much going on up top he’s helpful in that he can destroy certain objects and enemies by punching them. He’s also able to throw Klaus to hard to reach areas, and glide by making use of his makeshift cape. For the most part after meeting up, levels become a case of using each character’s strengths to overcome whatever stands in their way, with you able to control them both or individually at any time. Saying that however, there are also plenty of instances where the story dictates that they are forced to face their own hardships alone.

Klaus’ dual character mechanic is employed excellently, with each character’s set of skills finely complementing the other’s. It takes no time at all for you to get used to throwing Klaus about with K1, before quickly switching control and double jumping to reach a terminal that is otherwise inaccessible. With Klaus then working his magic with his hacking skills, electronic obstacles no longer block your progress, allowing your dynamic duo to continue on their merry way. Klaus never rests on its laurels either; the levels frequently add new twists to the gameplay, keeping you on your toes as well as maintaining your interest. There are even a few well-realised old-school boss fights thrown in there, forcing you to learn their attack patterns to defeat them.

Overall, comprised of 36 levels or so spread across six environments, Klaus’ story mode offers around five hours of gameplay for the average player. If you want to truly complete the story however, you’ll also need to complete the quirky levels accessible by finding the hidden portals spread throughout the game. Locating and completing all six portals in each of the game’s areas isn’t too much of an arduous affair, and they’re worth doing too, as they reward you with a small expositional level; invaluable for giving you an insight into Klaus’ past and his fragile mind. In fact, completing the game without viewing all of these memory sequences will still leave you puzzled, wanting and unfulfilled. Regardless of whether you do them or not though, reaching the final sequence of the game also unlocks a time attack style arcade mode; challenging you to beat par times on each of the levels for added longevity. 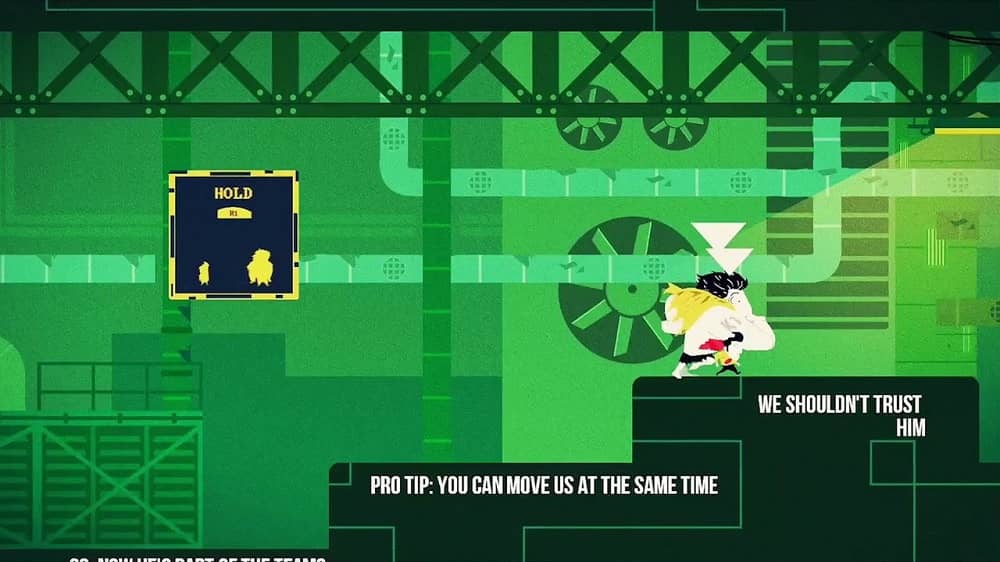 Whilst I’ve been singing Klaus’ praises throughout this review, there are unfortunately a couple of technical issues that bring it down a peg or two. The least problematic is an inconsistent framerate when facing one of the game’s bosses, which is in no way game-breaking but is a little irksome. More worrying are the numerous crashes that can occur towards the end of the game, leading to repetition and frustration. Luckily, the lenient checkpoint system means that you only ever lose a few minutes of gameplay if you do fall victim to them. Whilst the game has already been patched to alleviate some of the crashing issues, upon testing a problem area myself I found that some still remained. Hopefully they will be ironed out via further patches.

Despite its technical issues however, it’s hard to not love Klaus. It’s one of those games that sneaks up on you from out of nowhere and puts a big smile on your face because of how surprisingly good it is. It looks and sounds fantastic, offers an intriguing and thought-provoking story, but most importantly, it has varied and engaging gameplay. It may be a little on the short side, but if you’re after a platform game that’ll remind you of the good old times as well as thrill you with its ingenuity, Klaus is pretty much essential.

Klaus is available on PS4.