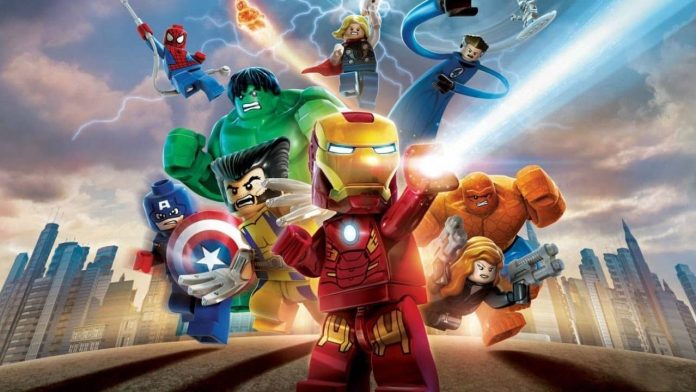 Just what the world needs: another LEGO game, and another franchised Marvel product. That’s right: LEGO Marvel’s Avengers is now available for your brick-smashing, superhero-fuelled pleasure. Excuse me for a moment whilst I go rejoice quietly in the corner.

Putting my innate sarcasm to the side for a moment or two, Traveller’s Tales have actually done quite a good job with their first LEGO-shaped offering of this year. LEGO Marvel’s Avengers incorporates the story of both The Avengers and Avengers: Age of Ultron films, as well as having plot points thrown in from a whole host of other Marvel films from recent years. Sure, this makes the story feel a bit scrappy at times, constantly jumping between characters, but let’s face it: we don’t play LEGO games for the story. We play them to BASH STUFF UP. But this isn’t what makes LEGO Marvel’s Avengers a success story, no. What makes LEGO Marvel’s Avengers a success is the fact that, for the first time in a long time, Traveller’s Tales have managed to make a game that isn’t a complete buggy mess. Now that is a fact to rejoice.

Yes, it’s something that should not even be worth mentioning, but considering that most recent LEGO games have been riddled with frustrating glitches and near game-breaking bugs (within 15 minutes of playing LEGO Jurassic World I had to restart my machine because the game froze every time I switched to a particular – and essential – character), it’s a refreshing change to have been able to play through the entire story without too much trouble. I feel I should add that I haven’t done too much end game content yet though, so bugs may just be hiding in the shadows. Let’s not get too complacent.

Onto the game itself. If you’ve played a LEGO game before, then you’ve played LEGO Marvel’s Avengers. It’s no surprise that the game follows the same formula that’s been rinsed and repeated for the last 10 years. Worse even still in this case, the game uses the same locations (and, unsurprisingly, the same characters) as 2013’s LEGO Marvel Super Heroes. Hub locations are reused, and the open world New York City sees a return – although this isn’t such a bad thing, as the open world elements here are probably the strongest of any of TT’s other offerings. The open world is just as sprawling as it was in Super Heroes, with a wealth of side quests to complete, hidden gold bricks to find, and mini games and race events to compete in. As always, it adds a great deal of value and content to the game, and Freeplay is likely to be where you’ll have most fun. 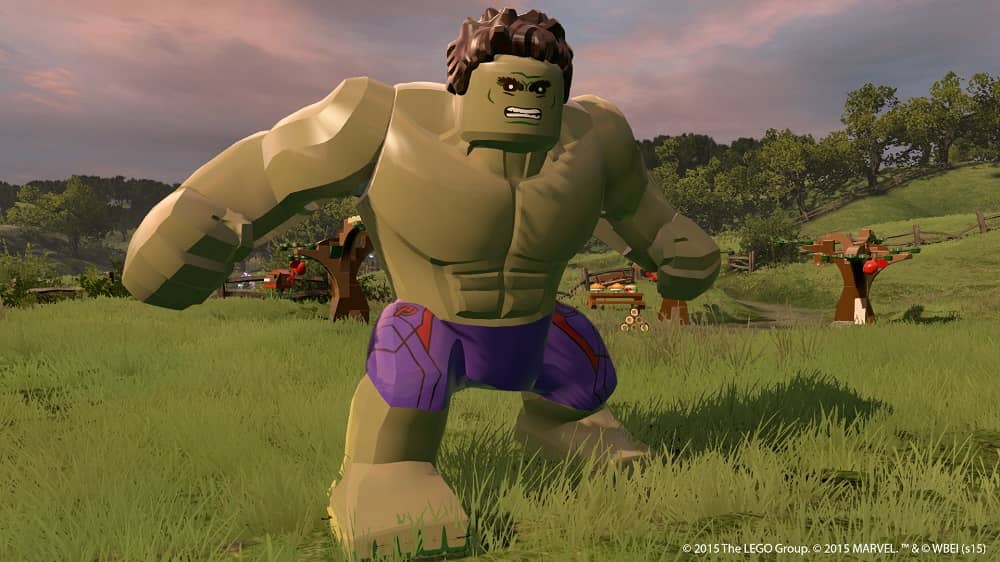 It’s a shame then, that to fully enjoy Freeplay, you’ve first got to have made your way through the story mode to unlock a choice of characters. Like any LEGO game that’s come before it, there are 15 story levels to make your way through, each filled with cutscenes that tell the LEGO-ised story of the Avengers films. LEGO Marvel’s Avengers feels too cutscene heavy at times, with segments lasting a little too long between levels, and gameplay constantly being interrupted by non-skippable FMVs. The fact you can’t skip is a bit arrogant if you ask me; it’s like the game assumes that you actually care about the story, which, if you’re anything like me, you really don’t. I don’t care about the story, I just want to smash smash smash.

Between the myriad of cutscenes, the gameplay in the levels is rather generic and often boring. As usual, some flying and driving segments have been put in to mix things up, and these are fun, but the regular levels soon get tiresome with the same puzzles and same basic premise as every LEGO game you’ve ever played. The only newer addition is the quicktime combat events that we saw in LEGO Jurassic World; rather than bash the attack button and have the game responsively attack your opponent as it would at any other time, there are now a large amount of these fighting sections where you’re pitted against larger opponents and need to follow the button prompts on screen. The problem is that the action on-screen seems to have no bearing on the button you’re pushing, and you’re never sure if you’re meant to press the button once, hold it down, or bash it like a maniac. After a confused mixture of all three, you eventually succeed and regain full control of your character… for a few moments at least, until the next cutscene kicks in. 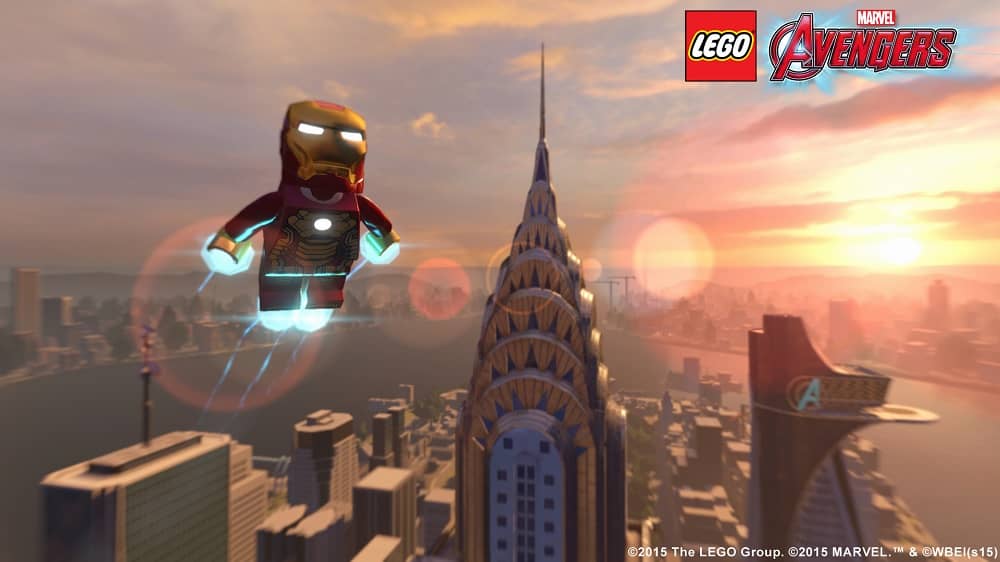 Although it’s a game aimed primarily at children, the levels of LEGO Marvel’s Avengers don’t always make themselves particularly clear on what to do. There was one specific level where I spent at least 30 minutes wandering around in circles, completely stuck, because the game had never told me that when playing as Tony Stark, I could turn into Iron Man at any time. It feels like you’re expected to be instantly familiar with the 200+ character roster and know exactly what their special skills are – which is a tall ask, especially if you’re not that acquainted with the Marvel universe. The game is positively littered with “help” points, that when interacted with will tell you how to use a particular object – most of which are pretty self explanatory – but it never gives you any kind of guidance when you need it most. A small hint or nudge in the right direction wouldn’t go amiss, if you’ve spent a large amount of time in the same area.

Despite my misgivings of the LEGO franchise, there’s no denying their success and popularity. It may reuse an age-old template, but it’s one that works and that never fails to bring some kind of enjoyment, no matter your age or gaming preferences. Anybody can pick up and play a LEGO game, and that’s part of the reason people keep coming back to them, time after time. As always, there’s plenty of gameplay – upwards of 40 hours if you’re looking for true completion – so you can be sure you’ll get your money’s worth. If you’re a fan of Marvel, and not yet tired of the LEGO game formula, then LEGO Marvel’s Avengers is just a good a title as any, and you’ll be sure to gleam plenty of enjoyment from it. If, however, like me, you’re already bored of Traveller’s Tales’ generic template, you’ll find little here to entice you back to the franchise.

LEGO Marvel’s Avengers is available on all major formats. We reviewed the PS4 version.