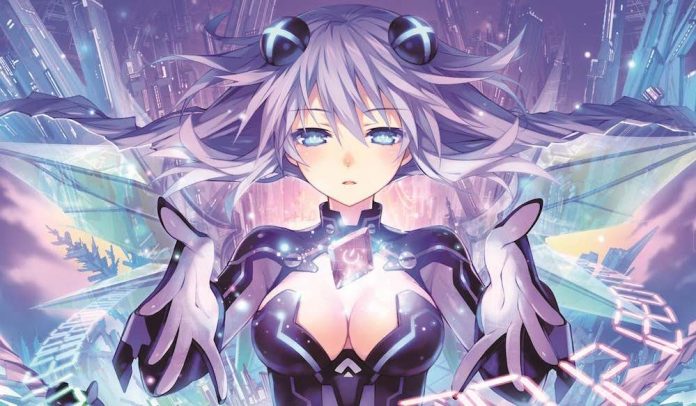 The first game, released for PS3 back in 2010, was a bit rubbish to be honest, but somehow its quirky humour and crazy characters found it a legion of fans that gave it legs. Fortunately, the two sequels that it spawned each were better than the last, and after being reworked and released for the PS Vita alongside a trio of spin-offs, it’s a series that now seems to be here for the long stay. Predictably then, we now have our first title in the series available for the PS4: Megadimension Neptunia VII.

Whilst the name would suggest that this is the seventh mainline entry in the series, it’s actually the fourth, being a follow up to the 2013 release Hyperdimension Neptunia V (the V meaning victory, not the number five). Featuring three stories in one package, it’s quite possibly the biggest and most feature-rich Neptunia game yet, but the premise is still pretty much the same: Neptunia must once again prevent catastrophe within Gamindustri whilst getting embroiled in crazy escapades along the way. As such, the story is typically light-hearted and enjoyable, but it’s not exactly riveting. Also, those familiar with the series won’t be surprised to find that there’s a great deal of fan-service, and whilst some may take great pleasure from it, many others, especially newcomers, will probably just be left dismayed or perplexed at times.

As the first Neptunia game on PS4, you’d expect Megadimension Neptunia VII to be the best looking one yet, which it is, but it is still some way away from what you’d expect a PS4 game to look like. Whilst the story is told visual novel-style with some absolutely sumptuous 2D artwork, adventuring in the 3D environments is frequently an eyesore due the lacklustre graphics that make it look like an upscaled PS3 game. Luckily, to balance out the disappointing environments a little, character and enemy models are much prettier, load times are quick, and the frame rate runs smooth, but overall, there’s no getting around the fact that visually, Megadimension Neptunia VII leaves a lot to be desired. 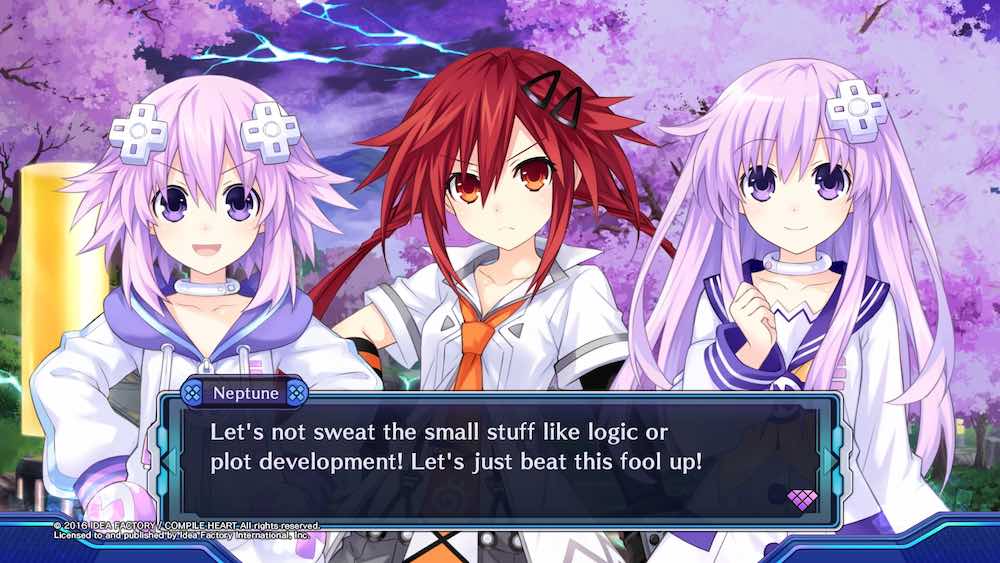 Gameplay-wise, Megadimension Neptunia VII is about as generic as you can get for a JRPG, apart from the fact that there are no towns for you to wander around. Generic doesn’t necessarily mean bad however, and playing Megadimension Neptunia VII can actually be really enjoyable due to its fast-paced combat system with free movement. Like in most JRPGs, combat is turn-based, with you and your enemy exchanging blows until one party is defeated or you decide to run away. Unique to the Hyperdimension Neptunia series is the ability to assign attacks across three categories, allowing you to form combos as you see fit. You’ve also got the obligatory special attacks called Commands at your disposal, as well as the ability to transform into each characters HDD state, which both improves their stats and lowers the SP cost of special attacks. One new feature to Megadimension Neptunia VII though, is a number of battles against gigantic enemies where you can’t use normal attacks; instead being forced to do battle with special skills only. Whilst they’re nothing ground-breaking, they do at least offer a bit of variety, and emphasise the grand nature of the giant opponents you are battling.

Whilst Megadimension Neptunia VII’s combat is enjoyable for the most part however, it has one major issue that frustrates; its inconsistent difficulty. When out in the field, the enemies you encounter in any given area often range of pitifully easy to soul-crushingly strong, capable of destroying your party in a couple of turns with their highly damaging area attacks. The real kicker is that if your party gets wiped out, forget about any hope of a retry option; it’s back to the last save point you go, which is most likely going to have been a considerable way back. You have two options then; learn to avoid the enemies that are problematic, or grind until you’re strong enough to deal with them. Neither is particularly ideal. 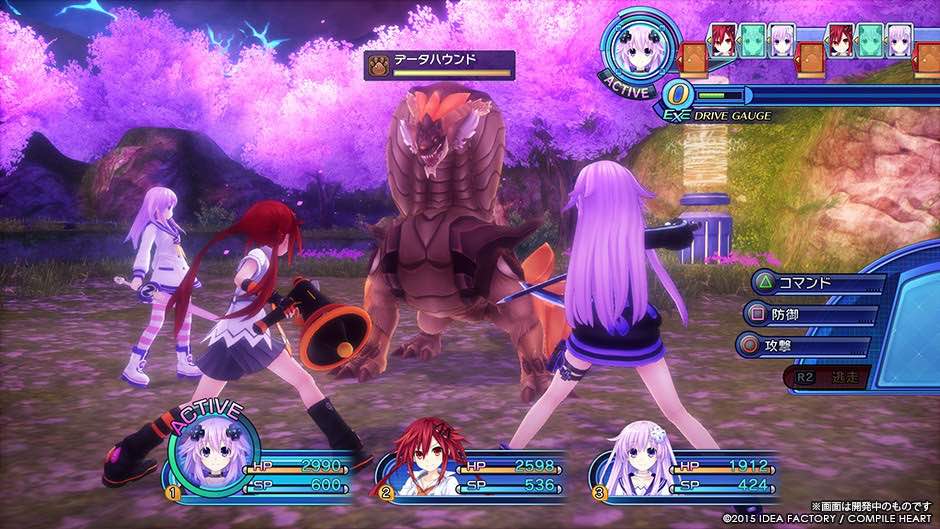 For fans of the previous games, Megadimension Neptunia VII pretty much offers more of the same but a little quicker and prettier. For those still not acquainted with the series however, whilst this is as good a time as any to jump in, the twee storyline full of fan service will probably present a barrier to completely enjoying it. In any case, whether you’re a series veteran or an inquisitive newcomer, the difficulty spikes are likely to suck most of the fun out of the experience unless you’re happy to spend a considerable amount of time grinding to level up. In the end then, Megadimension Neptunia VII isn’t at all mega, but it is quite possibly the best playing entry in the series yet. Whilst that’s a prospect that is sure to bring a smile to the faces of those fond of Nep Nep, it’s likely to set no one else’s world on fire.