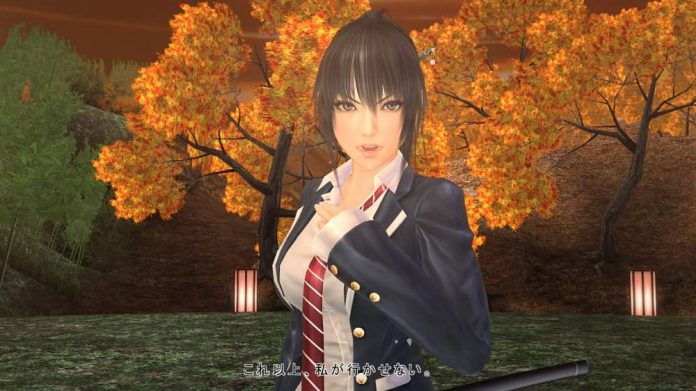 Those darn Demonic Blades; always tempting the weak-willed or power-hungry to wield them and do their bidding.

In the case of Mitsurugi Kamui Hikae, it’s a high school student named Suzuka that’s succumbed to the draw of a shiny yet inexplicably evil Katana; its blade already feeding on her life-force. Luckily, it just so happens that her friend Misa is a Blade Templar, a secret defender of humanity that is ready to deal with such situations. Her only worry is if she’s unable to prevent the blade from taking total control of Suzuka. Will she have to kill her friend in order to prevent catastrophe?

Whilst its story sounds like a great setup for an action adventure game, Mitsurugi Kamui Hikae is actually a wave-based arena brawler. With just five Stages, equating to a total of 20 waves of enemies and six boss fights however, it’s a bloody brief one.  In fact, your first playthrough, probably done on easy difficulty, will take you about 90 minutes overall. The game’s real mileage comes from the fact that there are a further two difficulties to attempt and a whole host of upgrades to unlock for your femme fatale.

Mitsurugi Kamui Hikae’s single gameplay mode is a great deal of fun at the outset. Waves of smartly dressed men with weird masked faces warp into the mysteriously isolated arena, and you, playing as Misa, quickly get around to dispatching them with a combination of hand-to-hand moves, sword swipes and special attacks. A couple of waves later, a new enemy type is introduced – some kind of semi-organic robot – and you think, “great, perhaps the game will throw new enemies at me every few waves or so”. It’s a nice thought while it lasts, but no; by the time you’ve completed all of Mitsurugi Kamui Hikae’s waves you’ll have encountered only four enemy types. Sure, there are numerous additional colour palette swaps here and there, giving the enemy the odd extra move or increased health, but it doesn’t make them any more interesting; you’re still beating the same four enemies repeatedly, just in different combinations and increased numbers. Basically then, what starts as fun can quickly turn into repetitive tedium if the game’s combat system doesn’t arouse you. 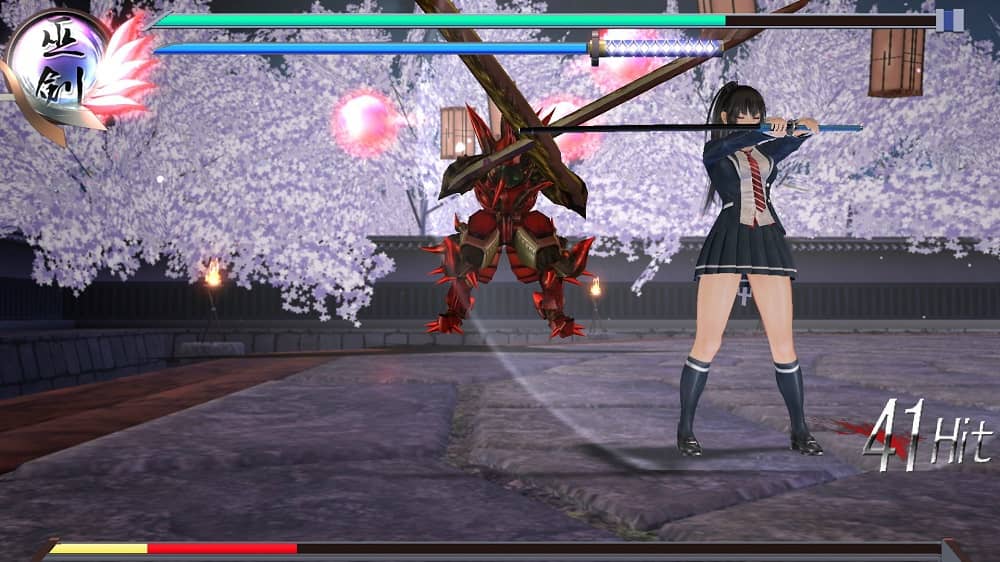 Upon first starting Mitsurugi Kamui Hikae, Misa’s moveset for dealing with the demonic denizens materialising around her is rather limited. You can do a quick flurry of punches and kicks that fuel a Katana Gauge, perform a basic but damaging katana combo, and utilise a couple of Katana Gauge depleting charged attacks, excitingly named Celestial Judgment and Divine Wind. You also have access to a nifty move called the Zanshin, which damages enemies that have been put into a bleeding state by your successive blows whilst also healing Misa in accordance to how many red rings there are around her sword. Fortunately though, as the body count racks up, SP is accumulated; a currency that can be used to buy and improve new moves until you eventually have access to a formidable  repertoire of attacks including counters, aerial combos and a dashing assault.

Whilst enjoyable, Mitsurugi Kamui Hikae’s combat is far from perfect. Sometimes it can feel a little stilted due to the game’s unimpressive animation, and players that don’t gel with the need to chain attacks together to succeed may find the combat frustrating and limited despite the array of moves. In fact, with some moves being notably more potent than others, many players may find themselves falling into a pattern of recycling the same powerful and wide-reaching chain of attacks again and again, which is hardly conducive to gameplay variety. Also, some larger enemies and bosses don’t so much as flinch when you strike them until they’re put into a bleeding state, mounting their own unavoidable attacks while you’re mid-combo. Because of this, you’re likely to resort to hit and run tactics to wear them down, which can become a little tiresome. 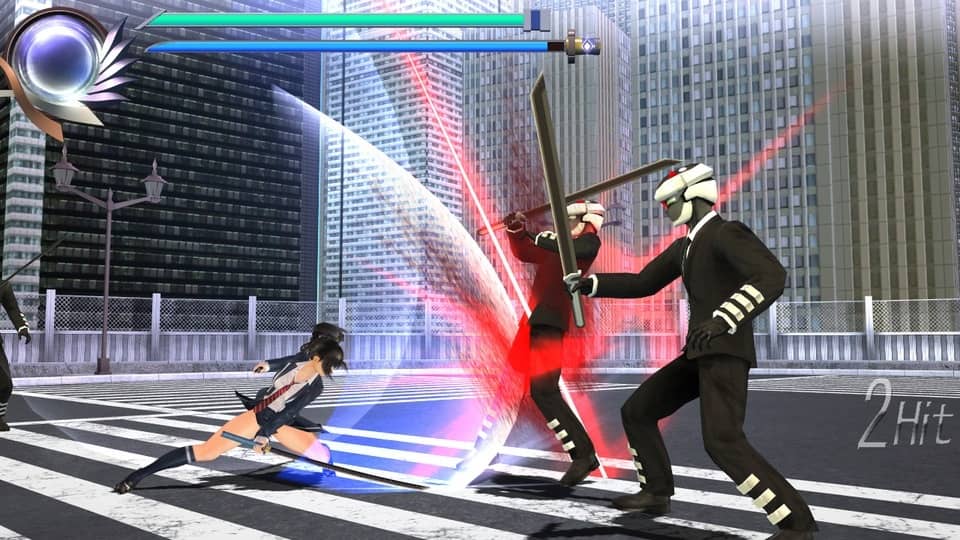 Essentially then, Mitsurugi Kamui Hikae has the potential to be an enjoyable title if you learn to master its combat system, making use of all the moves on offer. It’s not a bad looking game, and it runs super smooth; it even has a decent, if not a little repetitive, soundtrack. Unfortunately though, the lack of content provided is not something that can be forgiven. If you’re the type of person that likes to complete all difficulty levels and max out your character’s abilities, then Mitsurugi Kamui Hikae will possibly provide around 10 hours of solid but repetitive entertainment. Most players however, will probably grow tired of the experience after a single playthrough. On that basis, it’s hard to recommend Mitsurugi Kamui Hikae to any but the most ardent of action game fans looking for some quick thrills.

Mitsurugi Kamui Hikae is available on Xbox One, PS4 and PC. We reviewed the PS4 version. 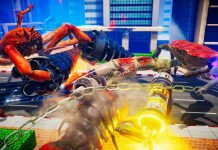