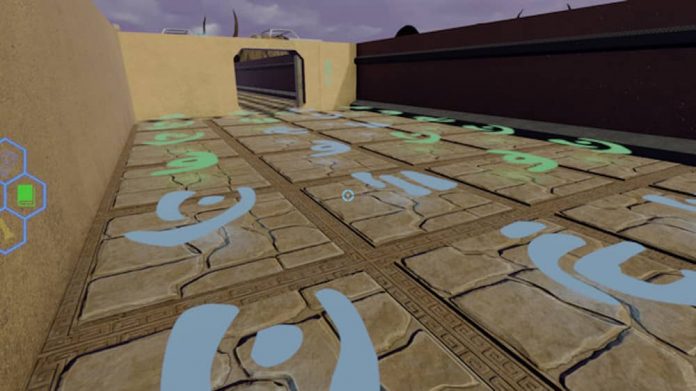 Monumental is a good reminder to not judge a book by its cover.

The store front for this strange first person puzzler gives it something of a explorative, mysterious Dear Esther-in-space puzzle game, almost like the recently released The Witness – but in a space ship. Perhaps I’m being presumptuous, but you should never buy anything on the strength of a steam store page. I’ll tell you why.

Monumental, in theory, is great. I lapped up the chance to review this title as it seemed like it could offer a potentially intriguing mix of genres I like, but mere seconds into the game was a sobering reminder of a vital lesson we could all learn.

You begin Monumental in a desolate, gaudily lit space installation, walking around and picking up “data cubes” which contain clues to your environment and often solutions to puzzles. You will wander around your environment, picking up these data cubes, but frankly, isn’t the whole “found audio recordings” trope really old and lazy, now? How many times have characters detailed their most inane thoughts for no reason at all on a notepad or an audio diary? If you’re still into this trope, you’ll get a lot out of Monumental because all of the game’s puzzles are solved through this method. Many, many pages of uninteresting, self-styled “mysterious” walls of text await you somewhere with the solution hidden inside it, and it masquerades as some kind of minimalist story telling a lá Dark Souls, but is it though? Is reading pages and pages of uninspired dialogue really selling the whole minimalist theme? I don’t think so. Not here, anyway.

This bitter pill to swallow comes after encounting a worrying degree of bugs and errors and general performance issues that plague your minute by minute experience. You might fall through the floor, you might not. Your menus might get stuck on the screen, they might not, and your frame rate may or may not sit idle at 40-50 fps, whereby walking around the hallways of Monumental often feels like your character is coughing and wheezing his way from notepad hint to notepad hint. The menu controls are bafflingly mouse-wheel driven. Scrolling up and down on your mouse will change menu item, while clicking the mouse can “select” it and right clicking “deselects” it. This sounds functional, but it isn’t. Each page of the menu glides down the side of your screen with all the grace of a falling pensioner, jittering and oozing slowly from item to item, and sometimes, just sometimes, you can’t even dismiss the screen you have selected. 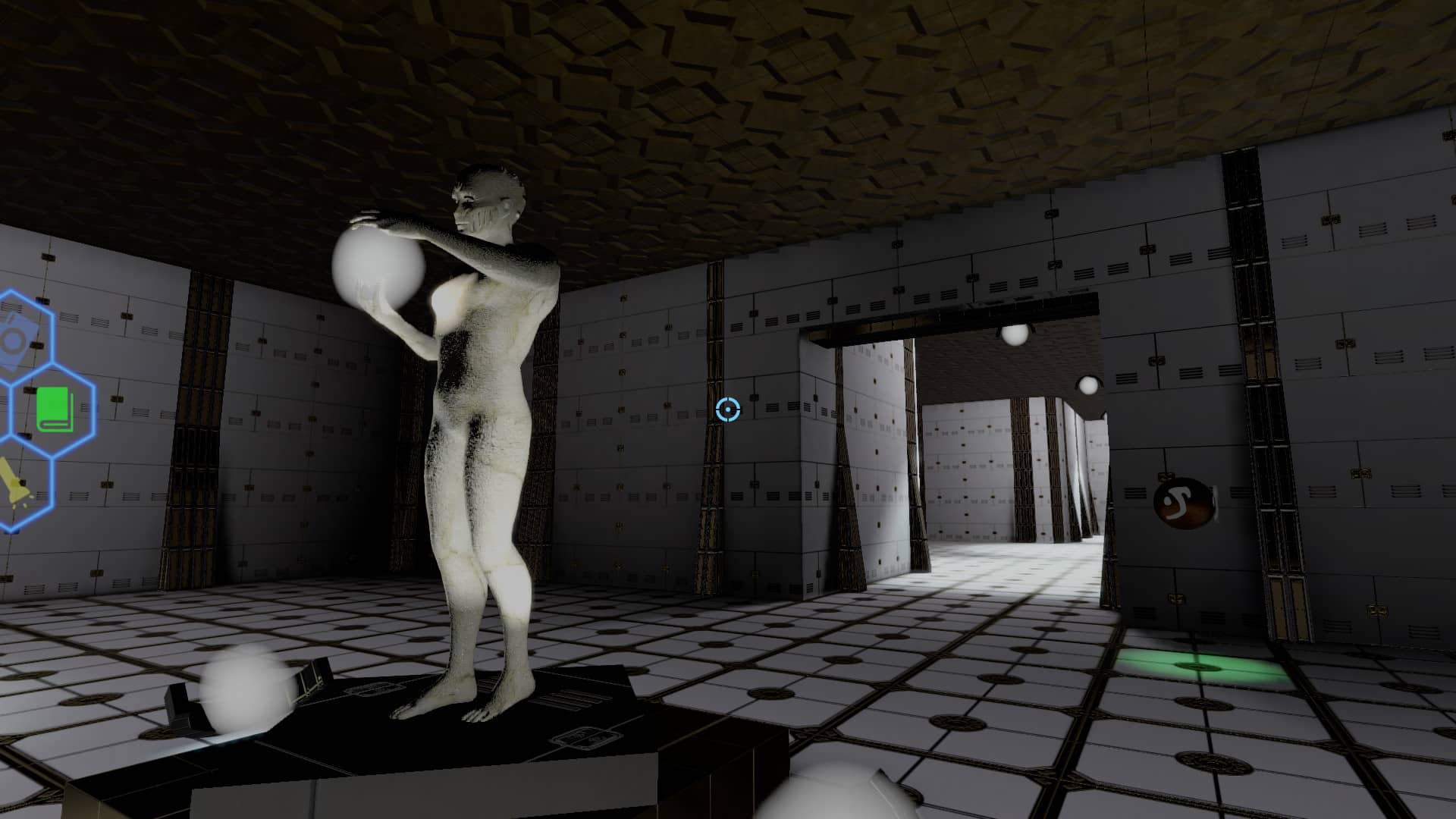 Audio design is fine. It has an atmospheric soundtrack which doesn’t offend too much but it really doesn’t conjure anything positive, either. It’s just kind of… there. Audio itself is nearly non-existant as the world is only really populated with the assorted bleeps and bloops of the menu you try and fail to navigate and that’s really it.

The actual world of Monumental, thankfully, seems like its one saving grace. The corridors have a bright veneer, sometimes nearly cartoony vibe. It feels a little gaudy but I sort of got used to it and now I quite like how… purple everything is. Gazing out of a window shows a wider world at large to explore, and the prospect of getting out of the corridors to explore those areas off in the distance is a nice visual way of showing the player that, hey, you could be there sometime soon!

But, that has to happen after you’ve endured the painful text diaries, the irritating bugs, the sluggish movement of both character and menu items, the dull audio design and general unfocussed mess masquerading as “mystery” but is it worth carrying on through the muck?

Monumental isn’t a bad game. It’s just a badly made game. I think that somewhere in here was a really genuine idea at heart, and looking at its page on the Steam store, that is so obvious. The world design is actually pretty nice but the game itself is plagued by buggy mediocrity and dull audio design. I wouldn’t recommend Monumental, but I think something amazing could have come from it. Clear away the bugs, dust off the boredom and you might have had something worth playing here.

Monumental is available on PC.