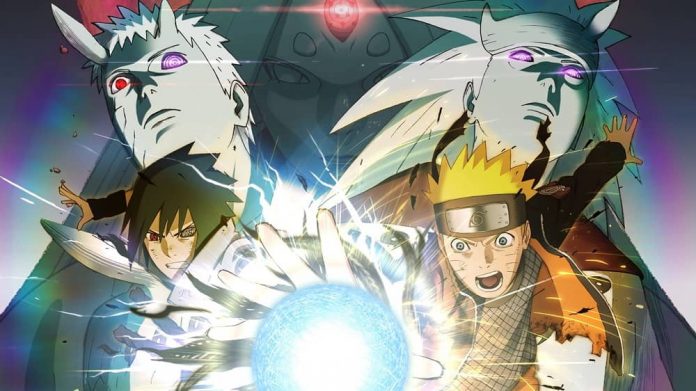 Spanning 20 seasons and over 400 episodes, watching the full story of Naruto Shippuden is not an investment to be taken lightly.

That’s why then, when it was announced that Bandai Namco was to be publishing a game series developed by CyberConnect2 based on it called Naruto: Ultimate Ninja STORM, I was rather pleased. You see, whilst I know I wouldn’t have the patience or commitment to sit and watch all 150 plus hours of the anime, playing through a series of story-driven games would be a breeze. Luckily, they turned out to be pretty good games too, combining light adventure, fast-paced combat, and tense QTEs set against some gorgeous visuals.

With the first title in the series released exclusively on PS3 in 2008, it is now set to come to an end with Naruto: Ultimate Ninja STORM 4, available on PS4, Xbox One and PC. Doing away with the adventure gameplay segments of the previous numbered titles for its Story Mode however, it’s a slightly disappointing affair, but given the setting and nature of the events the game covers their absence is understandable.

Naruto: Ultimate Ninja STORM 4’s story mode then is nothing more than a collection of key fights bringing the Fourth Great Ninja War to a close, interspersed with expositional story scenes that mix anime stills with in-engine animation. For those interested in the story of Naruto it’s an engaging and interesting affair with twists and implausible turns aplenty, but unfortunately the simplistic nature of the combat system means that fights, though enjoyable, can become quite repetitive. Those that have played previous Naruto: Ultimate Ninja STORM games will feel right at home with the combat as very little has changed apart from the ability to switch characters on the fly during battle, but if this is your first foray into the series be warned; the game does a terrible job of explaining even the basics, with only a menu of text available to get you started. Whether you’re a newcomer or a series veteran however, there is one aspect of the combat system in Naruto: Ultimate Ninja STORM 4 that is bound to frustrate as you head towards the end of the story: Substitution Jutsu. 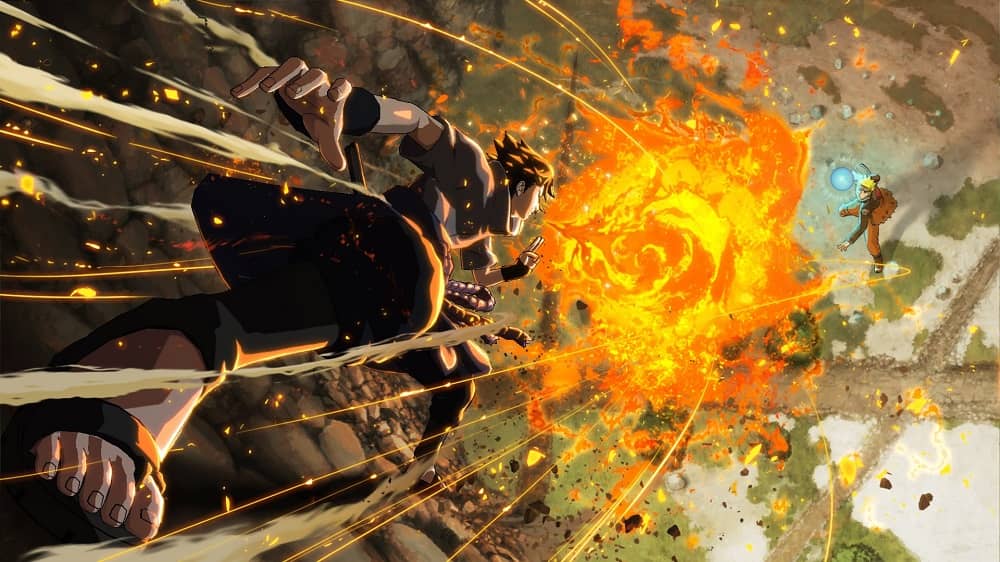 Whilst the first two Naruto: Ultimate Ninja STORM games allowed you infinite uses of Substitution Jutsu – a move that has you vanishing into thin air just before your enemy attacks before reappearing behind them for a counter-attack for those not in the know – which was performed by the pressing a trigger with expert timing (or luck), later releases in the series including Naruto: Ultimate Ninja STORM 3 introduced a gauge to limit its use while making it simpler to pull off. Naruto: Ultimate Ninja STORM 4 also features a Substitution Gauge, and whilst it’s a great addition on the whole as it stops players misusing the move when playing online, in Story Mode it’s easy to get frustrated by the many opponents that can unfairly make unlimited use of it. In time you may develop the skills to deal with such opponents appropriately, but they’ll still annoy as they teleport away from the majority of your attacks and launch a counter-attack, especially when you’re aiming to S-Rank the battles where maintaining at least 90% of your health is a must.

If Naruto: Ultimate Ninja STORM 4 consisted just of the Story Mode you’d be mightily disappointed, despite its gripping events. Luckily then, there’s a whole host of additional modes to play to keep you hooked in the long run. As noted earlier, Naruto: Ultimate Ninja STORM 4’s Story Mode doesn’t even give you a whiff of adventure, instead solely focusing on story scenes and combat. Before many of you get too upset by this fact however, take solace in that now there is a separate Adventure Mode, with Naruto and co. completing quests after the events of story mode. When you tire of adventuring there’s also a Free Battle Mode, allowing you to complete in game types such as Survival, Tournament, League and VS Battle. Finally, there’s also a range of online multiplayer options available in Online Battle, allowing you take on friends and foes all over the world. 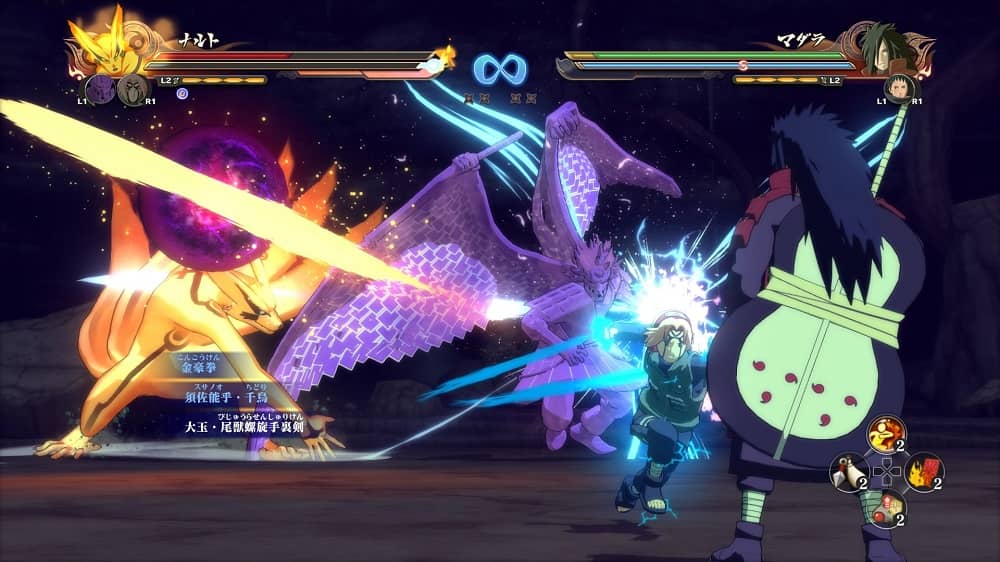 The area where Naruto: Ultimate Ninja STORM 4 truly excels is visually bringing the characters and over-the-top action of the anime to life. Whilst previous Naruto: Ultimate Ninja STORM games could never be accused of lacking eye candy, here, there’s a notable improvement in the quality of graphics afforded by the power of the new consoles. Characters are crisp, vibrant and well animated; environments, whilst lacking interactivity, are sizable, interesting and often make great use of colour. Naruto: Ultimate Ninja STORM 4’s real eye popping moments though are in its many QTEs spread throughout story mode and also the super moves available to each character called Secret Techniques, both of which are usually a sight to behold.

Overall, Naruto: Ultimate Ninja STORM 4 is a good game with a fantastic range of modes and beautiful visuals. Whilst the combat is repetitive due to its limited set of moves, it is at least fast paced and unique; it’s just a shame that it doesn’t go out of its way to teach the basics to those that may be new to the series. In the end then, this is a must-buy for those that have played previous entries in the series looking for some familiar gameplay and a genuinely fulfilling closure to the Naruto saga, but those that have never played a Naruto: Ultimate Ninja STORM game before would be wise to try and tackle the older titles first if possible. Players deciding to jump straight into Naruto: Ultimate Ninja STORM 4 are still capable of having a great deal of fun, but they must have the patience to learn the game’s unusual combat system via trial and error.

Naruto: Ultimate Ninja STORM 4 is available on PC, Xbox One and PlayStation 4. We reviewed the PS4 version.[