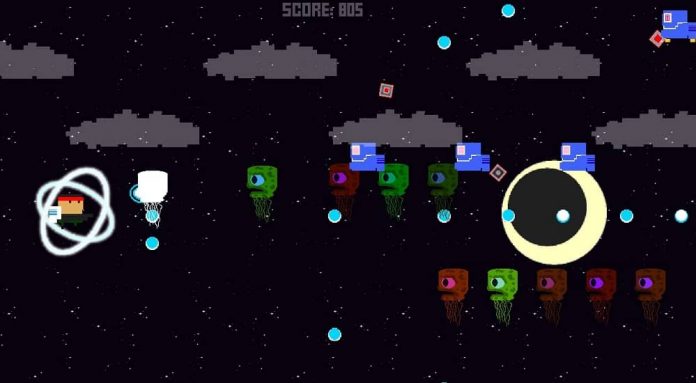 They are Earth’s last chance against an invading Alien race. The perfect mix of badass and superhero. You’ll know them from your favourite movies, comic books, cartoons and, uh, a few that nobody knows. They are: SIG – Super Intergalactic Gang!

Brought to us by developer Martin Cerdeira, Super Intergalactic Gang is a 2D shoot-em-up that isn’t ashamed to smile. For example, SIG opens with “A long time ago in a galaxy far, far away… I mean, it’s the Milky Way so, if you’re from earth, it’s pretty close…”, so straight away you know what direction this is going. It’s a 2D side scroller where you fly around in space with a jetpack and shoot alien monsters that look like jellyfish, giant eyes and turtles; it’s not a game that’s particularly serious in how it does things. You have a wide selection of pixellated characters to choose from, 99% of which are instantly recognisable even if the names are somewhat altered; we’re talking Luke Skycrawler, Hoolk, Metal-Man and Chuck Nurris.

In total, there’s over 20 character to choose from and about twice as many weapons, including plasma pistols, energy disks, a bow and arrow and death beams. The variety is very impressive, and you even collect power-ups after every boss battle, which range from increasing your amount of health to double-damage and everything in between. It’s very cliché in places and it smells of an arcade game. In fact, the only thing that’s missing is a pocket full of change and a greasy joystick to wiggle. The game is 8-bit styled with matching music and effects, and enough on-screen action to keep you glued to your screen and your fingers working overtime to rack up an impressive score.  With a scoring system in place, Super Intergalactic Gang offers huge replayability as you try to beat your previous records and even offers all the bosses as a tournament just so you can really prove your worth. Trust me when I say this is a game you’ll keep coming back to play. 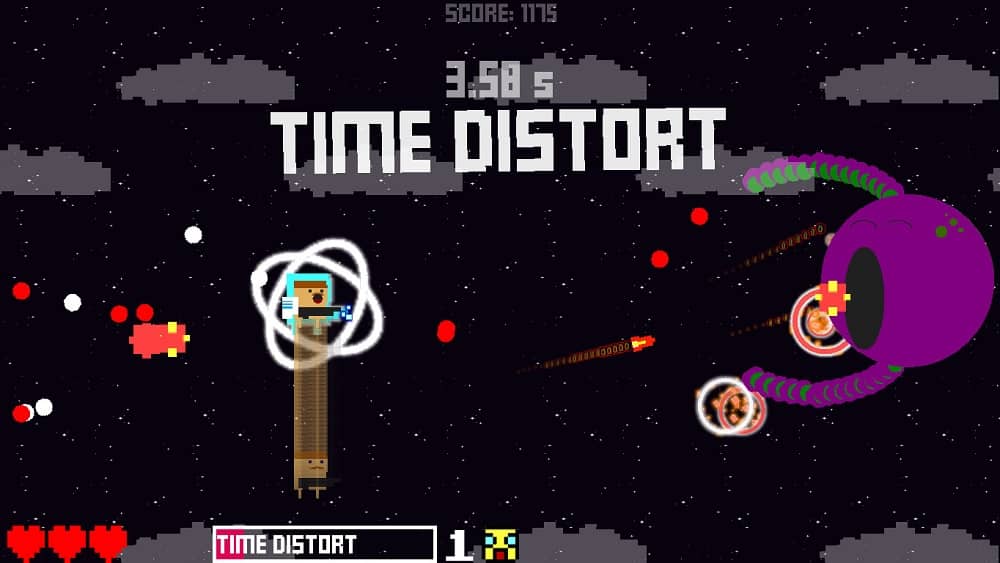 Visually, Super Intergalactic Gang does tick all the boxes. Well, most at least, as some of the animations can be considered a bit basic, and some of the bosses look like they were done in Microsoft Paint. Nonetheless, it all just… well, works. The game never sets out to be a toeing-the-line serious game; it’s out to have fun and make you come back for more. And those latter two points it does fantastically. What other game will let you be Ramb… sorry, “Rombo”, shooting giant blue fists at a turtle with a laser turret on its back? In order to survive, you have to fly around levels to dodge the various projectiles aimed for your face, yet you also have to be aware of the waves of aliens filtering in at the same time. Everything moves at once and no-area on the screen is safe. It’s frienzied. You have to weave in and out, up and down, one eye on what’s coming for you and the other eye and what’s about to hit you.

Bearing that in mind, the speed of the game does not work against you. Projectiles move along as though they are flying through thick soup, let alone the vacuum of space, so there’s plenty of time for you to register it and move clear, even when there’s a screen full of the little blighters. You can distort time to give yourself an edge, where movement slows but the rate of fire doesn’t – for yourself or for them – so you can potentially deal quite large amounts of damage in a very limited time. This is especially useful during some of the bosses, who have the oh-so-typical “video game weakspots” that you have to exploit, given that this game is no walk in the park. That’s not to say it’s too difficult to complete, but don’t expect to play it one-handed or paying attention to something else. It’s a challenge to play, but a good one. There are only 10 bosses in total, so at only 10 levels long this is quite a short game, which is a shame as a couple of extra levels wouldn’t have gone unwanted. 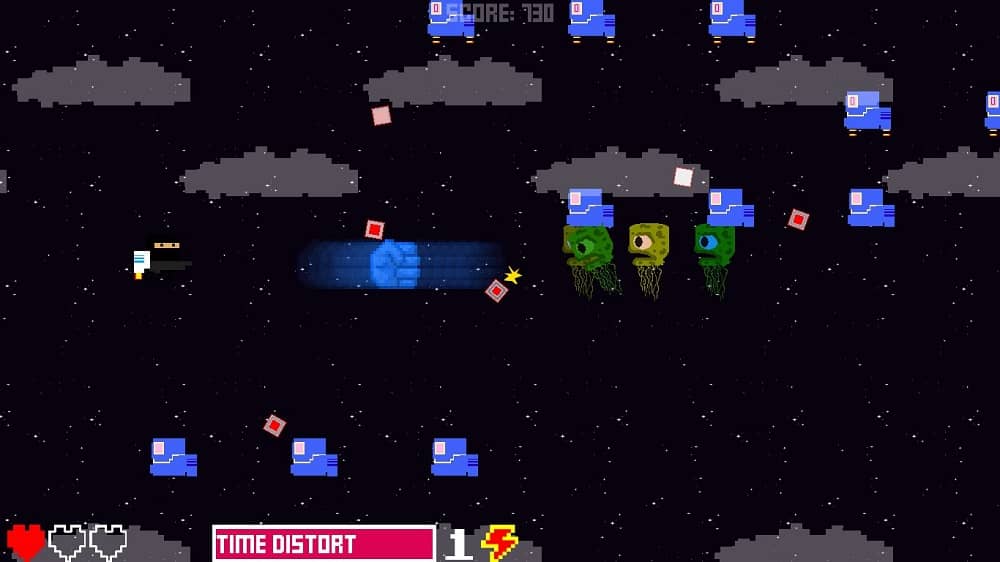 Speaking of which, a save function would have been nice, too. Obviously, seeing that SIG is emulating the arcade games of yesteryear, being without a save function is keeping in character. With that in mind, having to start back on the first level after dying on any level did start to grate fairly quickly. There are only two other issues I have with it. The first problem is that sometimes things would flash up in the foreground, which would temporarily obscure your view of the game. This was always semi-transparent so you weren’t flying blind, but there were instances where you’d get hit by unseen enemy projectiles or enemies themselves. It would never take that long to get back to where you were, but it became a bit of a chore in an otherwise hugely enjoyable game. The second problem worth a comment on is the fact that the game seems to suffer from a bit of a styling crisis. Your character is an 8-bit sprite, as are some of the enemies you face, yet some of them will be rendered in much more detail but still share screen time with their 8-bit counterparts. The sprites, background and even music is very much 8-bit, so why the game didn’t stick with that throughout I’m not sure. After all, 8-bit sprites look a bit outdated when compared to anything other than, well, 8-bit graphics.

At the time of writing, Super Intergalactic Gang is £2.09 on Steam, and although it’s only 10 levels long, I’d say it’s worth every penny. Despite the questionable graphics and frustrating lack of save points, there’s very little you can buy for just over two quid that’ll give you as much enjoyment as this. 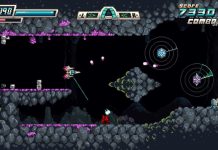