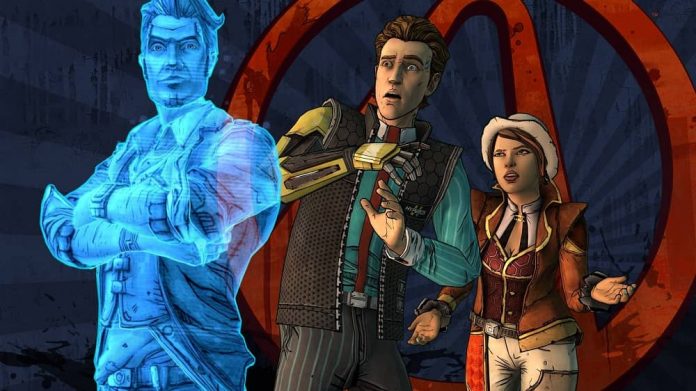 Tales from the Borderlands is a story-driven adventure game spin-off developed by masters of the genre, Telltale Games.

Set in the world of (unsurprisingly) Borderlands, the great first-person shooter loot-fest series created by Gearbox, it follows key characters Rhys and Fiona through their trials of survival on the hostile world of Pandora (no, not the one from Avatar). It’s a riotous journey, filled with great characters, gorgeous locations and a healthy dose of wacky comedy that comes from both its wit and gross sense of humour, but worry not if (like me) you’ve never played any previous games in the Borderlands series; Tales from the Borderlands is just so good, and stands on its own two feet so well, that it’s effortlessly easy to fall in love with it.

Anyone acquainted with Telltale Games’ output in recent years will find the usual reliance upon its strength of story-telling to keep the player engaged as opposed to gameplay features,  which are largely once again a case of simply mashing buttons and selecting dialog choices. Saying that however, there are one or two new touches to the gameplay that make Tales from the Borderlands stand out. Foraging for cash and upgrading your appearance for example, is a nice little touch that adds a bit of customisation, and the Eco-Eye feature that allows you to scan your surroundings for points of interest. Additionally, the game’s quick-time events feel a lot more dynamic than Telltale’s previous efforts, and are highly enjoyable to watch. But as far as its storytelling goes, Tales from the Borderlands feels flawless. Told through the eyes of Rhys and Fiona, the characters are masterfully written, each with their own unique personality and traits that, over the course of its five episodes, get a great sense of development. Even the side characters that are only seen for an episode or two are just as captivating as its core cast, perfectly capturing this world of lunatics and corporate douche bags. What’s pleasantly unique about the tone of the writing for Tales from the Borderlands though, is how self-conscious it is of the typical Telltale tropes, even going so far as to poke fun at its own mechanics at times. This self-deprecation gives Tales from the Borderlands a more refreshing take on the formula, and also adds in a lot more fun.

Compared to the more serious tone exhibited by Telltale’s last few game series’, the decisions in Tales from the Borderlands are less challenging and weighed down by emotional turmoil. In fact, due to the comedic style of the Borderlands franchise, you are encouraged to opt for the more ridiculous variation of events, with often more rewarding and hilarious results. Sometimes the player’s chosen decision, no matter how ludicrous, will be played out before reverting back to the standard narrative, yet you rarely feel cheated by the fact the game has basically overridden your decision. The framing device of Rhys and Fiona retelling their story at gunpoint provides many more comedic beats as each tries to belittle each other’s exaggerated version of events, and this is built into the gameplay narrative perfectly. The decisions are not so much there to determine the future of the story, which will no doubt rub up some devout Telltale fans the wrong way, but by embracing its self-reflective style and offering choices that rely more on humour than being a plot-changer, it enriches the experience by working with the player, rather than challenging them. 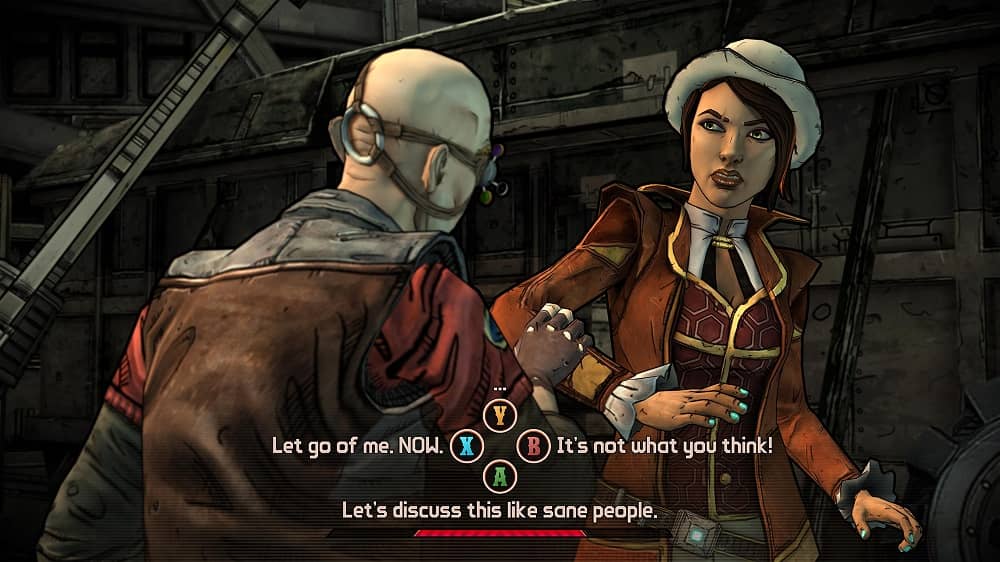 Despite most of your choices being quite inconsequential to the overall story, what is quite neat is how in the finale, decisions made across the five episodes have an impact on who you can recruit for the final adventure. How different characters influence the finale is hard to say without having played through the game multiple times, but it’s refreshing to see this as a result of your choices rather than being disappointed by a single fixed ending. And because the characters are all brilliantly written and appealing in their own right, there is a greater motivation to unlock them.

Tales from the Borderlands can easily compete against the hottest contenders on TV, not just on account of its writing, but also its cinematic beauty. TellTale’s games, though powerful with regards to their stories and the emotional ties to the characters within them, can sometimes feel visually stationary. Outside of their quick-time action sequences, conversations between characters are often shot from a static camera point, cutting from one to the other without much artistic creativity. Tales from the Borderlands doesn’t have this problem. It feels like a TV series, and a well-shot one at that. With TellTale Games’ distinct style of animation, the comic book aesthetic works perfectly for the tone of the series and it’s hard to picture it any other way. Also, despite the animation style in previous games feeling quite restrictive, being unable to depict the appropriate emotion demanded by its dialogue, in this case, it appears that much more care has gone into sculpting these characters more accurately. The facial animation is strong to the point that you can read a scene without a single line of dialogue, working both for its outlandish comic reactions or an emotional high between two characters. It really steps up in bringing this world and its characters to life. 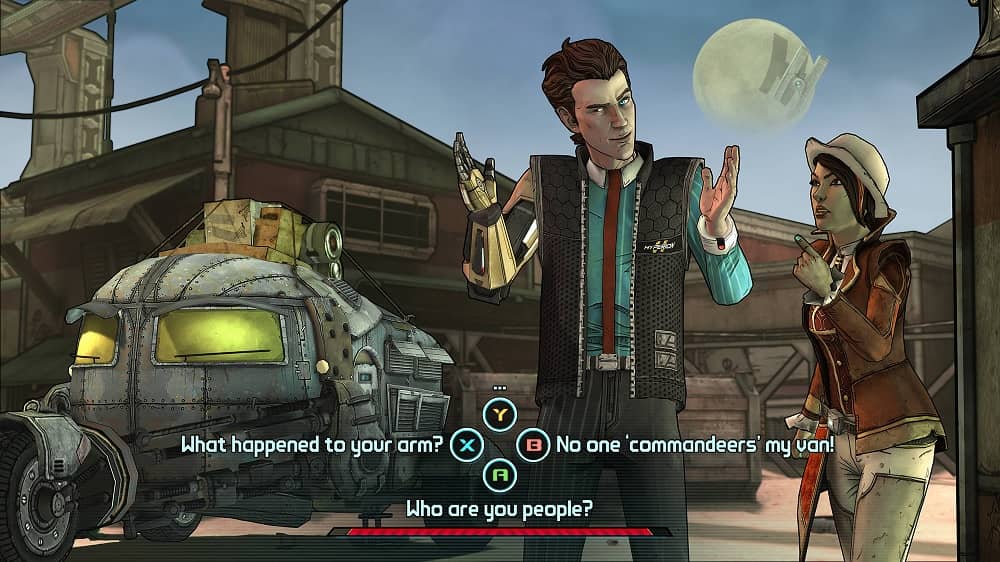 Tales from the Borderlands is a wonderful mixed bag of everything. Its light-hearted humour brings plenty of gags and laughs from the conflicting personalities of its cast or the gruesome and more often ridiculous situations that they get caught up in. Yet, it’s not just a goof fest. There are plenty of touching moments; those that pop up in the emotional climaxes of the episodes, and others simply showcasing the beautiful cinematography and developing relationships of its cast. The way in which the story is told and developed, with twists and turns that keep things fresh and exciting, along with the perfect blend between the trademark Borderlands humour and genuinely powerful moments, both touching and terrifying, means that Tales from the Borderlands is, without a doubt, TellTale Games at its very best.

Tales from the Borderlands is available on PC, PS4, PS3, Xbox One and Xbox 360. We reviewed the PC version.