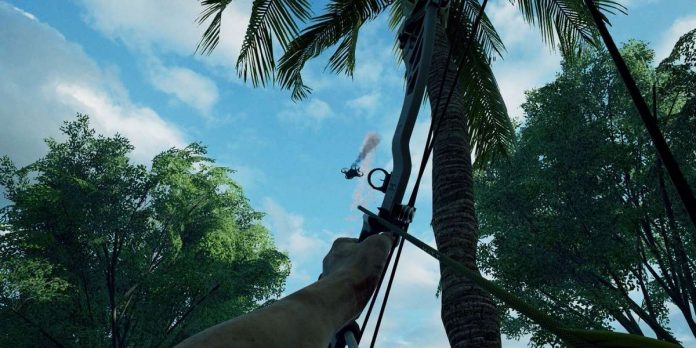 Battle Royale is a novel originally published in 1999 by Koushen Takami about high-school children who are forced to fight each other to the death in a programme run by an authoritarian Japanese government. It was brought to the big screen four years later and aroused so much controversy that it was outlawed in several countries.

Even if it was greeted by a cold reception by some, it was hailed as a great success. The film was a mainstream blockbuster and became one of the ten highest grossing films in Japan. It also bears a resemblance to the oh-so successful Hunger Games series of books. Now – sixteen years later – we have The Culling developed by the folks over at Xaviant. It’s a game that’s set on a tropical island where sixteen contestants have twenty minutes to scavenge, craft weapons and set traps for their opponents. Once twenty minutes has expired, it’s survival of the fittest until one mentally scarred victor emerges from the bloodstained undergrowth.

Weapons can be crafted from raw materials that you’ve gathered by chopping down trees or otherwise, as we see one character in the trailer below sharpening fragments of wood to create a miniature spear. Not only can you craft crude weapons, but you can also obtain some pretty high-tech equipment if you keep your eyes to the sky. Drones hover in the air with personal supply drops that you can call in, or steal from other axe wielding maniacs. There’s a fair amount of variety too: revolvers, tasers, dynamite and steel pipes are all brutally showcased; along with a glorious chainsaw finale.

The Culling will feature 24 melee weapons that can all be crafted and even thrown at opponents. Depending on what’s in your hands, a puny spear or a mighty katana, the wounds you inflict will vary and effect combat strategy. It’s also been promised that the UI for crafting will be nice and simple but versatile enough to offer a great number of recipes to enable bloody slaughter for all. Before you’ve even begun crafting, you’ll have chosen your three perks that offer a range of benefits. For example a boost to trap placement that’ll allow you to place them much faster than your average contestant. In another effort to spice things up, random game show events (The Culling is a game show too) will pop up mid match that give you the option to participate in a risky but rewarding task. For the full list of features and details head on over to the link at the bottom of the page; just watch your back and your step.

The Culling is coming to Steam early access on 8th March. Find out more here.