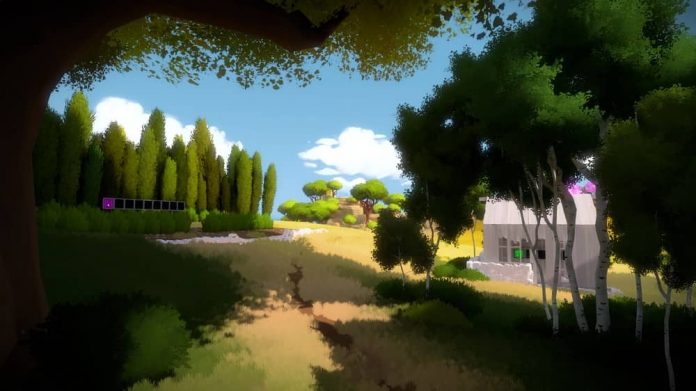 Some disclaimers: if you don’t like puzzle games – as in being stuck on a puzzle for 30 minutes as you stare at it – The Witness probably won’t be for you. If you are colour blind, don’t bother: there are a lot of colour-based puzzles in the game that could be impossible to figure out. I played this on PS4, which had bizarre screen tearing which I’ve never seen from a console game before. On PC, The Witness has a lot of players experiencing motion sickness, even players who don’t usually.

The Witness is developed and published by Thekla Inc., primarily led by Jonathan Blow. I can’t go much, if at all, into discussing any kind of story elements: there’s not much story, and what is there is told through exploration best left for the player to discover by themselves. There is, at this point, three known endings to The Witness. I’ve experienced a secret ending as well as what I would describe as the main ending. In the load file for the main ending I’m told I’ve completed 381 puzzle panels. An ending supposedly more fitting comes from completing the game 100%, but I haven’t seen that yet, primarily because it would take many more hours to get there. I’m going to say this here: the main ending was disappointing. Of the three or four endings you can come up with for this game, I guarantee you one of them is right.

I’m not a fan of puzzle games, but The Witness’ puzzle design is almost flawless. There’s a lot of staring blankly at a puzzle panel knowing the answer is there, but you just can’t see it yet. The game teaches you each puzzle mechanic slowly; you’ll start with an easy puzzle with the new mechanic and the series of panels gradually become more difficult. After about two or three panels you’ll probably have figured out what the mechanic is. The way The Witness teaches you how to complete puzzles is well thought out, however some aren’t fleshed out as well as others. I can’t go much into the puzzles either because again, it is best left experienced by the player, but there are plenty of moments of “oh that’s very clever” because of its fantastic puzzle design. You can see from the puzzles why The Witness has been in development for so long. 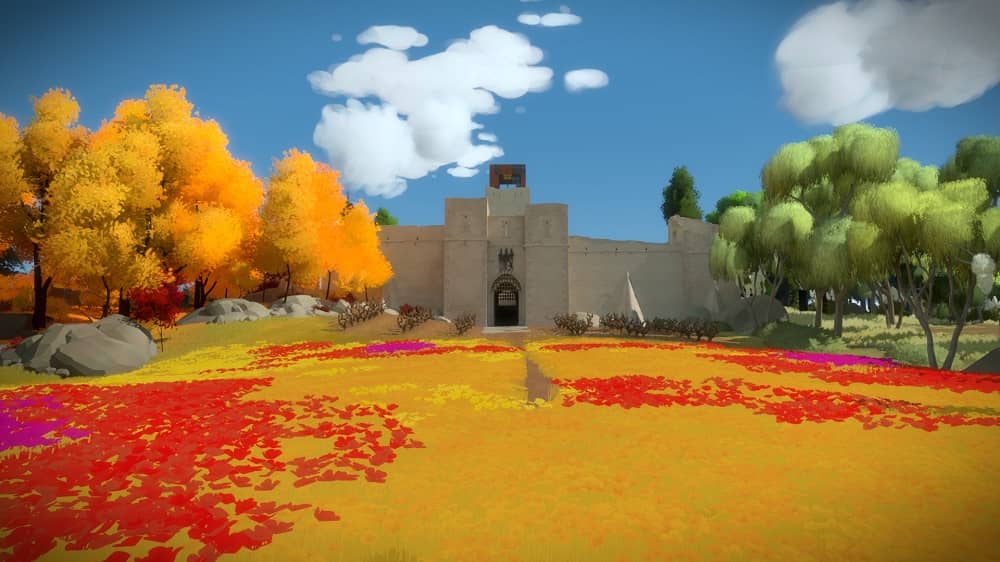 The puzzles of The Witness are set on an island that, although graphically simple, is at times, gorgeous. The use of colour is a huge contributor to the game’s visual appeal, although the island does feel quite empty and lifeless. It warrants exploration, but there are times you’ll just be finding puzzles you don’t know how to do yet. On top of that, I had various moments just running around trying to find something I could do.

One thing that angered me about The Witness is how pretentious it is. There are audio logs around the island that are nothing but quotes that Jonathan Blow admires. Although well voiced by a variety of actors, they add nothing to the game besides an air of ostentation. There was one particular audio log that went on for about five minutes, saying how you relate to places, and in going to the Moon you see the Earth in a different light… or something. The logs feel like an excuse to achieve the ending in the way The Witness does. That’s as far as I can go there. The secret ending is just as pretentious, if not more: I’m not going to say what it is, but if you ever see it, you’ll know where I’m coming from.

There are few sounds in The Witness. The only sounds are your footsteps and the noises coming from the panels. The sound from completing a panel is extremely satisfying, and I’ve followed it with a victory dance more times than I’d like to admit. It wouldn’t surprise me if The Witness has conditioned me to be happier upon hearing that sound in any situation. It’s frustrating in equal measures when you get it wrong; it’s then proceeded with shouting, “How is that wrong!?!?”. However, as The Witness sets up its rules for puzzles so carefully, you can always see where you went wrong.

It does take a lot of determination to reach any sort of conclusion for The Witness, as frustration will inevitably set in. I’ll be honest, I did use a walkthrough to get through the last section towards the end. Why? Because I would never have figured out most of the last section otherwise. Unfortunately, there is a very punishing difficulty spike towards the end, and if I hadn’t used a walkthrough, I never would have finished the game. By the end of puzzle after puzzle after puzzle I had pretty much lost my mind. 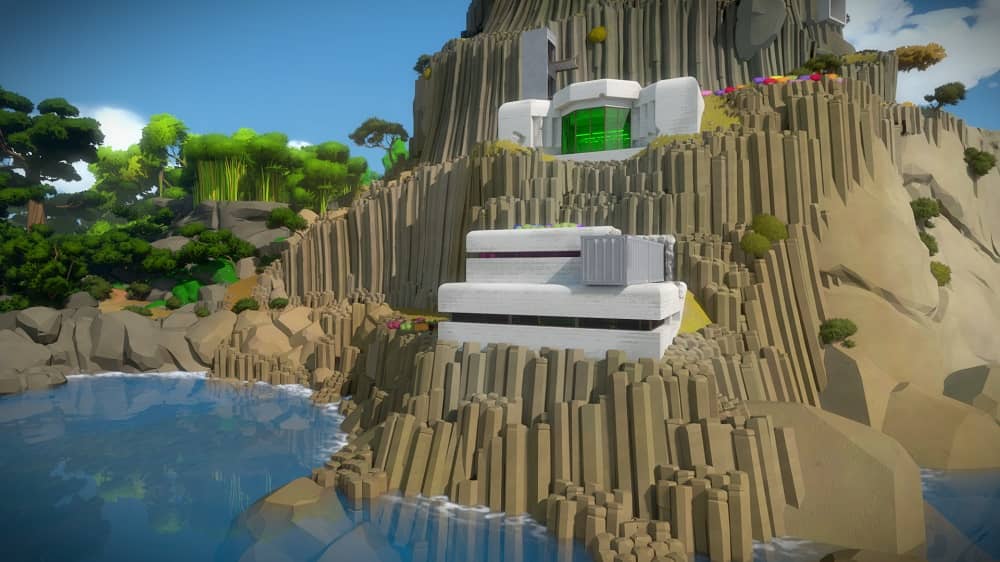 After having played as many hours as I have for what is an indie game, I still understand why the price point is a problem. I can’t help but feel that The Witness would benefit from having a demo, even if it’s just teaching one specific puzzle mechanic. We know at this point The Witness has been pirated heavily, and a demo could reduce that as most people have pirated to simply try out the game.

I’d love to write more about my time playing The Witness, but so much of it needs to be experienced first hand to truly appreciate what it has to offer. It isn’t a perfect game by any means, but it’s an unforgettable experience. It nails the puzzles for the most part, but there’s a feeling someone needed to just pull Jonathan Blow back a bit and say, “hmm, perhaps no with that”. The air of pretention is off-putting, and the conclusion doesn’t do the experience justice, but if you can look past that, The Witness is a masterpiece when it’s at its best – and it’s there a lot. In a year’s time, maybe even five or 10 years’ time, someone will mention The Witness and I’ll think, “God, that was a great game”.

The Witness is available on PS4 and PC. We reviewed the PS4 version.