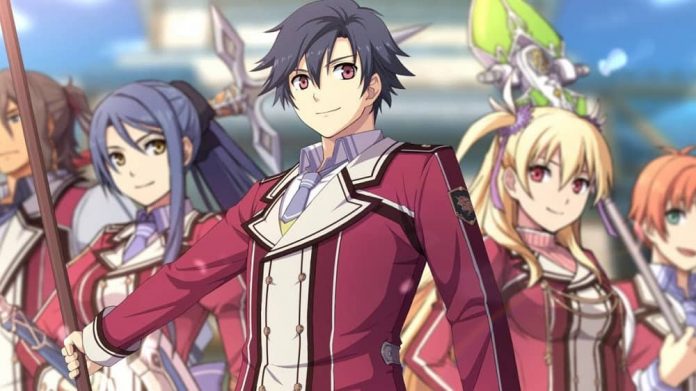 Nihon Falcom, the name of a game developer that you probably won’t know unless you’re really into Japanese RPGs.

A fantastic series called Ys is perhaps their most well-known output, their action-RPG gameplay loved both in the east and the west. Most recently however, they’ve also been making waves in the west with a long-running series called The Legend of Heroes; the first in the latest trilogy of which, Trails of Cold Steel, finally landing on the PlayStation Vita and PlayStation 3 in Europe. More of a traditional old-school RPG than the action-heavy Ys series, it’s a nice addition to the range of Japanese RPGs finally being made available to the west, but with its ever-so-slow pace it’s likely to make a lasting impression with only the most devoted of players.

Trails of Cold Steel follows Class VII; a nine-strong group of youths thrown into a mysterious programme at Thors Military Academy. Whilst all the other classes are segregated based on their social standing, Class VII has instead been assembled based on its members’ aptitude with orbments; gauntlet-like devices in which orbs can be placed in order to provide skills and ability bonuses. Whilst some members take issue with the team spanning social classes, they all jump at the chance to be involved in such an interesting curriculum, and soon find themselves getting settled into their unorthodox schooling schedule.

It’s an interesting set-up for an RPG dealing with the issues arising from dissent within social classes, but unfortunately the school day-structured nature of the gameplay means it moves so slowly that it’s hard to be truly engaged by it. RPGs have to strike a careful balance between action/adventure and dialogue/story in order to maintain the player’s interest, and here the balance tends to focus much heavier on the latter than the former. When you’re not completing groups of quests that include helping out townsfolk or students with their menial tasks, replete with way more chit-chat than is required, the game also necessitates that you build bonds with your fellow Class VII members by interacting with them. And by interacting I generally mean listening to them waffle on about something totally uninteresting. Thankfully your schedule of tasks also usually involves at least one combat-filled adventure too, but they’re often quite rather brief and leave you wanting more. 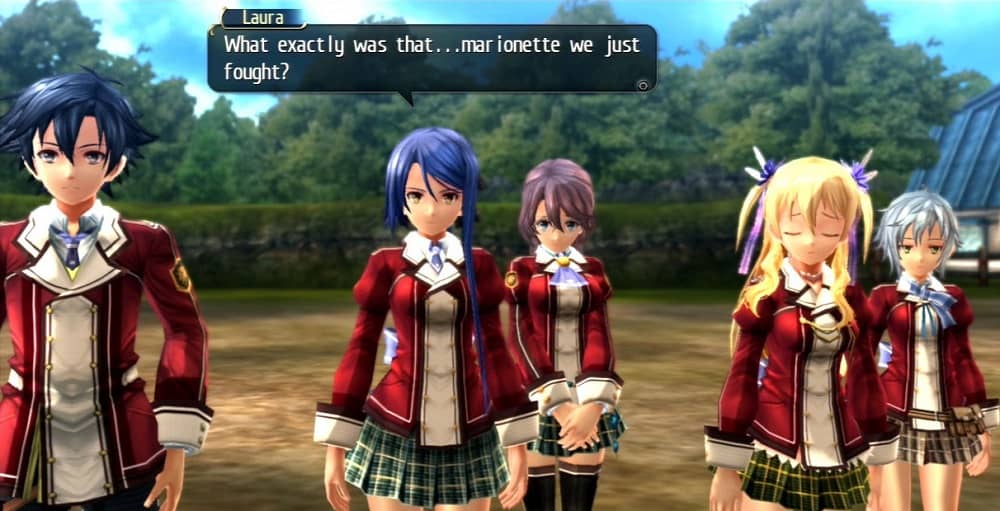 As made popular by the Tales of series of RPGs, Trails of Cold Steel has battles represented by wandering monsters when out in the field, meaning that you can avoid them if you wish or tackle them head on. Shrewd adventurers will learn to try and approach their foes from behind, striking them with an attack to stun them before entering battle with an advantage. Unlike in most RPGs where you often get tired of the constant deluge of enemies to defeat as you head from point A to B, here you’re likely to be quite eager to jump into any fight that stands in your path – if only to delay your inevitable return to the humdrum of daily school life. It also helps that the combat system itself is actually pretty good, offering a decent amount of strategy and customisation whilst also feeling comfortably familiar.

Turn-based, Trails of Cold Steel’s battles play out in a typically old-school fashion, with you and your enemies’ turn order determined by the actions they’ve taken. To give the combat a bit of a modern twist, the position and movement area of your characters also need to be considered to engage in battle effectively. Complementing the basic attack option you’ve got the obligatory selection of magic attacks – known here as Arts – as well as special skills called Crafts and devastating special attacks called S-Crafts, usable at any point in a battle to turn things around providing you have the required number of Craft Points. Pivotal to the game’s battles however, especially in the later stages, is the Combat Link system, allowing characters that have been linked to score extra hits on the enemy depending on how much of a bond they have. Overall it’s a fun and engaging battle system that allows for a great deal of variation and strategy, and the Combat Link feature rewards those that spend their time building relationships with their fellow Class VII members.

Playing on the PlayStation Vita, Trails of Cold Steel looks very nice indeed thanks to its colourful and well-designed character and enemy models as well as a consistently smooth framerate, although you can’t say that it makes the most of the handheld’s power.  The game’s soundtrack is also a high point, with some beautiful melodies giving way to rousing battle accompaniments. One issue that did bug me however, was with the game’s voice acting. Generally the voice acting that exists in Trails of cold Steel is of admirable quality for a JRPG – a genre where cheesiness is usually the norm – but irritatingly the lead character’s voice acting is often the most absent. Sometimes you’ll be wandering around town, talking to random townsfolk – quite often voiced – yet your character will reply with just text. It’s almost as if they just forgot to record the lines. 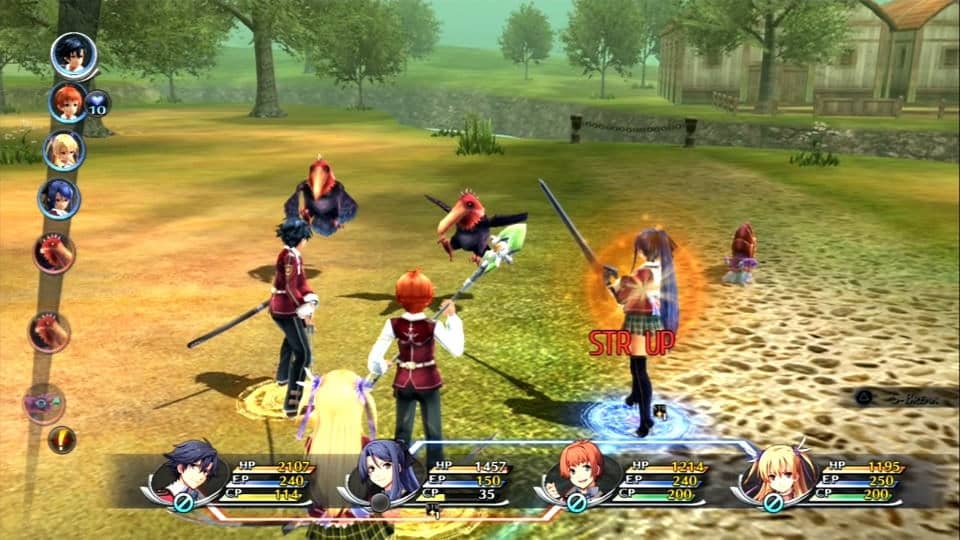 In the end though, whilst Trails of Cold Steel‘s inconsistent voice acting grates, what really prevents it from being a must-have RPG is its poor pacing and drawn-out plot. If you’re desperate for a new RPG to play on your PlayStation Vita, Trails of Cold Steel may be worth a look if you have the patience of a saint or if you plan to stick it on easy and ignore some of the more yawn-inducing side content. Those into games where building relationships between characters takes precedence over actual adventuring and combat however, will no doubt lap it up. Just be aware that you’ll be in for a long and possibly unfulfilling ride when the game reaches its cliffhanger climax.

Trails of Cold Steel: The Legend of Heroes is available on PS3 and PS Vita. We reviewed the PS Vita version.