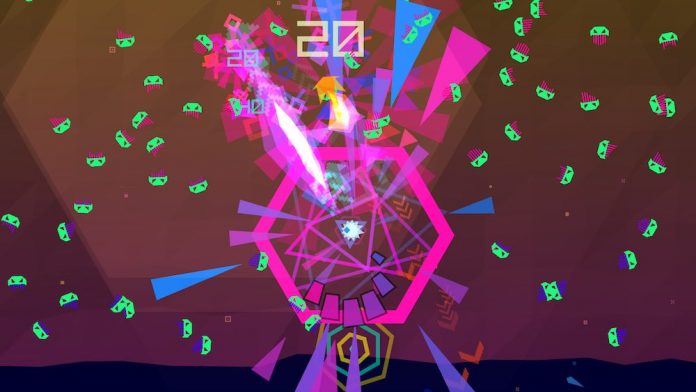 A lone ship, armed with a super laser beam that can fire in any direction, must stand alone in the vast emptiness of space (I think) and time (possibly). It raises just one question: “Are We Doomed?”

Brought to your screens by developer Vertex Pop, We Are Doomed is a top-down “twin-stick arena shooter” that features a lone ship firing a laser beam at Enemy swarms in the depths of… well, that’s never really explained. I guess its space, but it’s not really important. All you need to know is: point, shoot, repeat. It’s super simple stuff, which can be a breath of fresh air in an industry filled with fully immersive games rendering ultra-high definition graphics and requiring a whole weekend to get into. I realise that sounds somewhat insulting given this is on the PS4, but bear with me.

Everything about this game is simple, but not in a negative way. Enemies only come in the 2D plane so as long as you’re pointing at them, you can kill them. You can rapid fire your basic weapon and chip away or charge up your super beam to deliver a devastating blast to all those in the area. You have two laser beams, what’s not to love? However, the enemies don’t die straight away even with the super beam blasting them, so you have to keep it briefly focused on them. This means that should you be surrounded, you will have to make instant decisions about where to start your attack, else you’ll be struggling to keep the circling foes at bay. 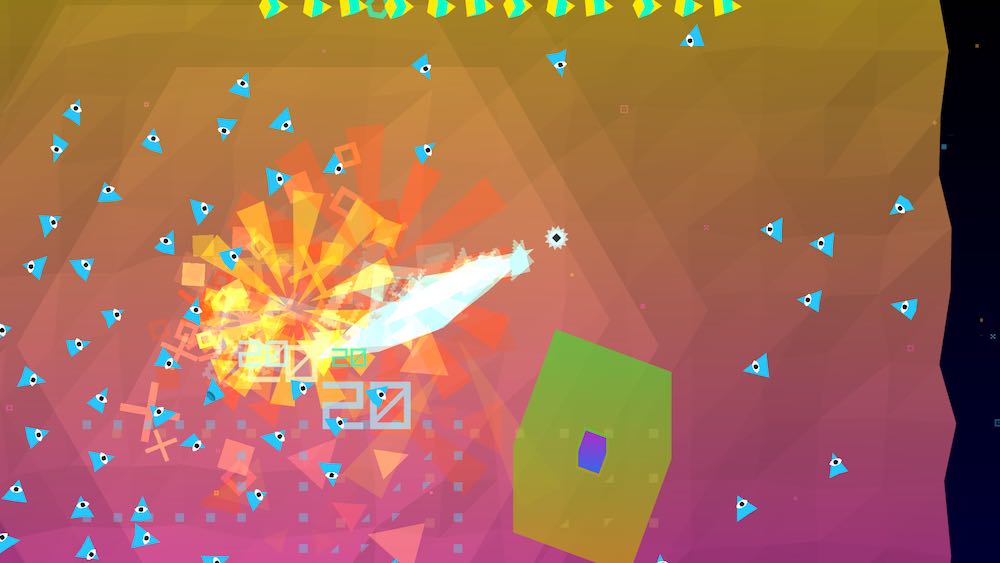 In terms of visuals, We Are Doomed does boast fantastical stylisation. Whilst not completely unique, it’s different enough to really stand out from the crowd of top-down shooters. The visuals and effects are crisp enough to be enjoyable, and the blocks of contrasting colours really do make the enemies “pop out” of the screen, so you never miss them. The techno/electronic soundtrack fits with the theme of the game, and for an extra £3 you can even have your own copy of the game’s OST. We Are Doomed is happy to use the brighter shades of the colour spectrum, and I cannot fault it for that. It’ll happily run on a console without issues, even when the screen is bursting with activity, the frame rate didn’t even flinch. That may not sound like a total surprise, but even some of the smaller games can chug heavily when the going gets tough, even on a PS4. Keeping the visuals and effects simple works well and enemies come in a couple of different flavours for you to shoot at. The whole game feels crisp and refreshing.

It’s a busy game too, but not overly so. The screen will get clustered early on, but so long as you’re quick with your fingers and even quicker with your eyes, you’ll come through smelling of roses. Although the game does advise you to use a controller, you can still happily play with a keyboard – apparently – but I would recommend using a controller so you can fully appreciate the ability to move in any direction with one stick whilst simultaneously firing in any direction with the other. But don’t be fooled into thinking this game is a piece of cake. We Are Doomed is a game that keeps you paying attention throughout by appearing to be quite simple, but in fact is very difficult to completely master. You only ever have four lives and there is no way to earn them back, regardless of how well you do in a level. It makes the game tense and it makes you want to keep playing, purely to see how far you’ll get or to see if you can beat your previous record on each of the game modes. Speaking of which, there are sadly only two. 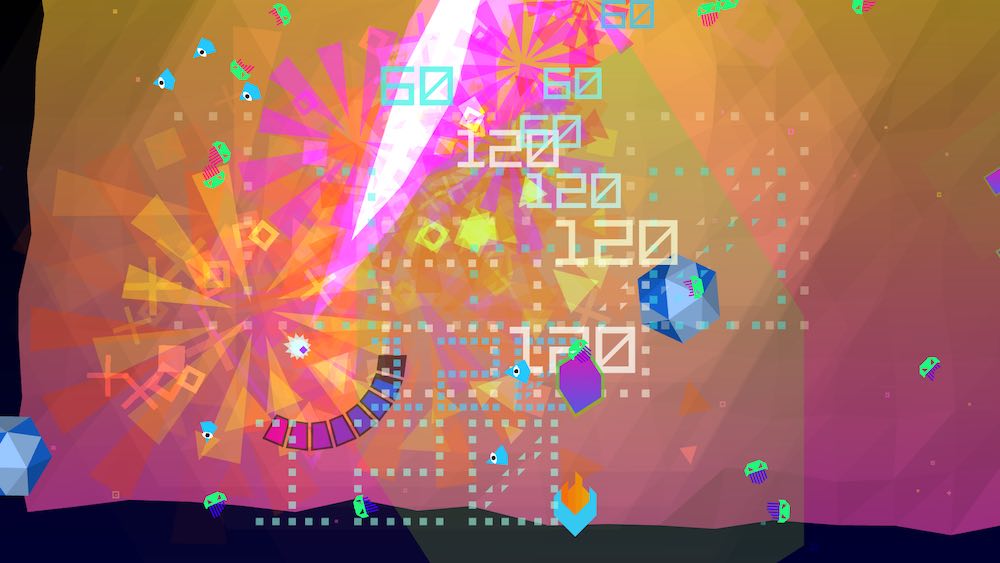 Firstly, there is the “Waves” mode, which as the name suggests, sends a total of 30 enemy waves that tests your ability to simply stay alive. It tests your concentration and your ability to stay focused regardless of how busy things get on screen. Start firing off your super beam at large swarms, for example, and you’ll be forgiven for losing your concentration and just admiring the effects. That said, the difficulty progression is fairly slow initially but get over halfway through and the difficulty ramps up without warning. It becomes borderline frustrating, and there doesn’t appear to be any reason for it happening. There’s certainly no boss at the end of it all, or even a selection of sub-bosses, just harder enemies.

The second (and final) mode is “Endless”, which as the name suggests, never ends. This mode is just designed to test how good you actually are at We Are Doomed, as doing well in Endless puts you on the online leaderboards and that’s the only result from it. Whilst it is quite enjoyable seeing how other players did and seeing what you can accomplish, the only incentive is to try and beat your previous record as the leaderboards change so rapidly you’ll quickly forget who you were drawing level with. Out of the two, I enjoyed “Waves” more although they do both become repetitive quite quickly, but Waves did at least offer more replayability even if it was just trying to get to the elusive level 30. It is a short game when all is said and done, but A few extra game modes wouldn’t go amiss. Personally, I’d love to see an online version where you can have two to four players on one larger map, or a tournament of increasingly difficult individual bosses. Or, to keep thing simple: health pickups!

When all is said and done, We Are Doomed is a fun little time-killer that will get a couple of enjoyable hours sunk into it, but don’t expect anything more than that.

We Are Doomed is available on PS4 and PS Vita. We reviewed the PS4 version.