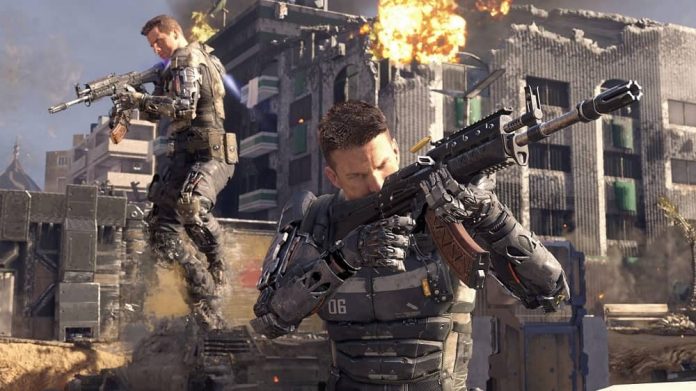 Cross-platform gaming. It’s something of a hot topic amongst gamers of today, and it certainly begs the question as to why a video game – or more specifically the online aspect of a video game – can’t work across multiple platforms.

Looking at it from a gamer’s perspective, there’s certainly no reason it shouldn’t be possible, but if we look at it from Microsoft, Nintendo or even Sony’s point of view, are they keeping this feature locked away for good reason?

Online gaming is quite literally the biggest feat to emerge from console gaming in recent years. It cannot be argued that without it, we would not have some of the great titles we have today. Imagine where the Call of Duty franchise would be today without its online functionality. Without digressing, it’s apparent that online functionality is the key ingredient for a lot of games these days. So why then can I not jump in to a session with my buddy on PlayStation 4, just because I opted to purchase the game for Xbox One?

“Why can I not jump in to a session with my buddy on PlayStation 4, just because I opted to purchase the game for Xbox One?”

Sure, there’s a lot to be said surrounding console rivalry. Why would Sony, Microsoft or indeed Nintendo want the cross-platform functionality, when it would not benefit their sales in any way shape or form? Think about it: most gamers have to pick between one console or the other, and so weigh up the pros and cons; the hardware specifications, the exclusive titles, the cost, and in some cases the most important question, which console the majority of their friends have. It’s certainly a question that can put you on one side of the fence or the other. I know I certainly did it with the Xbox One and PS4. When I found out the PS4 would runmost games at 1080p, whilst the Xbox One was at 900p it stuck with me. No visible difference on a television screen, but it still bothered me. All my friends however, owned an Xbox One. Regardless of specs and exclusive titles, I was still brought over to Microsoft as I enjoy online video gaming with my friends and this is where I was won over.

But I don’t believe this should be the case.

Would Intel stop me from playing online with someone who had an AMD processor? Of course not. Gaming on the PC has zero restrictions, regardless of your rig–  and it works. When it comes to consoles, it seems that you are somewhat punished for which console you choose, and I don’t believe you should be. Sure, go ahead and choose which console you want based on its hardware specifications. You may love Call of Duty, but you prefer it on Xbox One as you like the controller layout, but why should that dictate that you can then only play people who also have an Xbox One? If this was on the PC, you would have thousands of different PCs all running completely different graphics cards, processors and peripherals yet all playing under one arena, so why is it different for consoles?  If multiplayer modes became cross-platform it would open up a much larger userbase; so many games see their online lobbies completely dry up after a few months (and some never really take off at all). If you had access to the entire userbase across all platforms, the chance of matchmaking would be much higher – and some games would see a much longer lifespan.

However, it’s already beginning to happenwith some games;, Rocket League is amongst a handful of games leading the way in offering cross-platform matchmaking amongst PlayStation 4 and PC players. It works brilliantly too, offering many more players and plenty more lobbies. But as Psyonix have announced the release of the game on Xbox One on 17 February, we unfortunately won’t see the cross platform functionality extended Microsoft’s way, which is a big shame. Still, the possibility is certainly getting closer, or so it would seem. We know that Xbox and Windows 10 games are becoming compatible with each other, but then this isn’t exactly groundbreaking news as there’s a big Microsoft-shaped object behind both of those and this should have come sooner rather than later. In that case then, are we now saying that PlayStation owners are to be punished because Sony doesn’t have a PC presence? If we use Rocket League as an example again, it can certainly be done, so why isn’t it being produced for triple-A titles?

“If you had access to the entire userbase across all platforms, the chance of matchmaking would be much higher – and some games would see a much longer lifespan”

If I stare down the barrel of reality, although cross-platform gaming is being trialled and tested in various ways, I’ve still yet to see whether Microsoft and Sony will ever allow a triple-A title to be played cross-platform. It’s been heavily rumoured that Nintendo’s new console, the Nintendo NX, is to work alongside the PS4, but in what capacity yet we don’t know. Could it be the opening to new cross-platform ventures? Or are we forever to continue in this war of consoles as the three big players try to do no more than post bigger quarterly sales figures than the other, but at the expense of us gamers?

What are your thoughts on the idea of cross-platform gaming? Comment below to join the conversation!