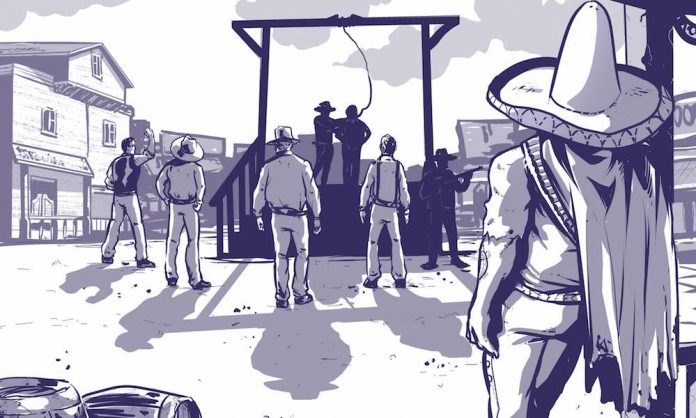 To me, top-down shooters are one of the hardest genres of games I have ever played.

There’s just something about looking at your character from above while pointing them in any direction, and having to steer them; it’s just beyond my ability to comprehend. Yet in spite of this, I find myself constantly crawling back to them. 12 is Better Than 6 is a great addition to the genre but unfortunately did not end up being one of my new favourites.

12 is Better Than 6 tells the story of a Mexican man who calls himself Juan. Juan has either been released or has broken out of jail, and is now on the run from his past. The problem is that Juan seems to have an issue remembering the things that have happened to him; he has blackouts. Throughout the game, it’s your job to perform kill after kill and do favors for other men in order to try fill in these blanks for this Mexican killer.

Top-down shooters are notoriously known for being difficult, with the player looking at everything from a bird’s eye view, therefore seeing large portions of the level on their screen at once. Each level is packed full of enemies and it’s up to you to either take them all out or avoid them in order to proceed. What makes 12 is Better Than 6 different is that it focuses much more on the stealth aspect than others do. You’re given one weapon that you can change throughout the level by stealing from the corpses of enemies. You can switch between a pistol, a shotgun, a rifle, or a bow and arrow. You are also given a knife that you never drop and can be used for silent kills to maintain your stealthiness. Dynamite can also be used to take out large groups of enemies – the downside being that you alert anyone in the area of your location. More often than not, I found myself either using my knife or avoiding enemies altogether because the gun attracts men from all over the level. Now, it should be mentioned that I’ve been called “a bull in a china shop” when it comes to my ability to successfully perform stealth operations, so you could say that this aspect of the game was not my best performance. 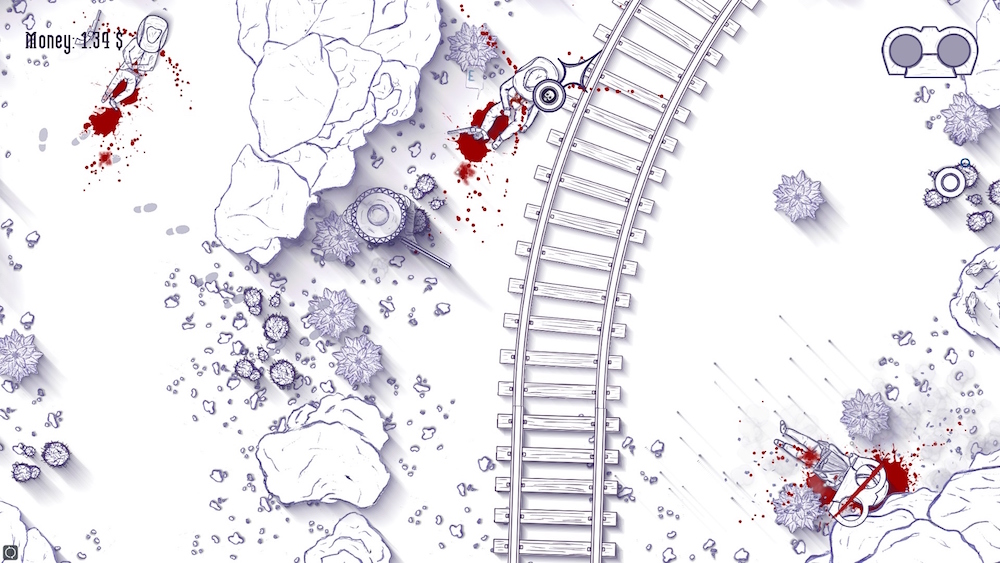 The controls took some getting used to, mainly thanks to having to cock your gun before each shot. Your character is always holding their weapon in front of them, so it didn’t make sense to me that you would have to “aim” before you shoot each bullet. I died countless times because of this, and it could be because I still have rage leftovers, but I think the game could have been improved by omitting this altogether.

12 is Better Than 6’s art style is what first drew me in. It features a hand-drawn style where the environment, the weapons, and the people all look like they’ve just been sketched on a white piece of paper. One of the best parts about this is that when you kill something the blood is still red, really standing out against the white background. It’s hard not to appreciate the game’s unique style. One negative part about this though, is that everything blends together and things that aren’t moving are hard to discern from things that are. On more than one occasion, I would be extremely close to finishing a level and I’d make a break for the exit, just to be shot down by a man in a cowboy hat sitting at a table a few feet away because I didn’t notice him there.

Another notable aspect of the game, are its side missions. At the beginning of Act 2, Juan is able to pick up work outside of the main missions from people around town in order to earn a little extra cash. The money that you are awarded from these missions and the money that you pick up elsewhere can be used to buy certain upgrades. For example, the first upgrade I purchased was the ability to hold more ammo in weapons. I really enjoyed this because it allows you a small break from the mayhem of story mode while also giving you a way to earn that last little bit of extra cash needed for an upgrade. 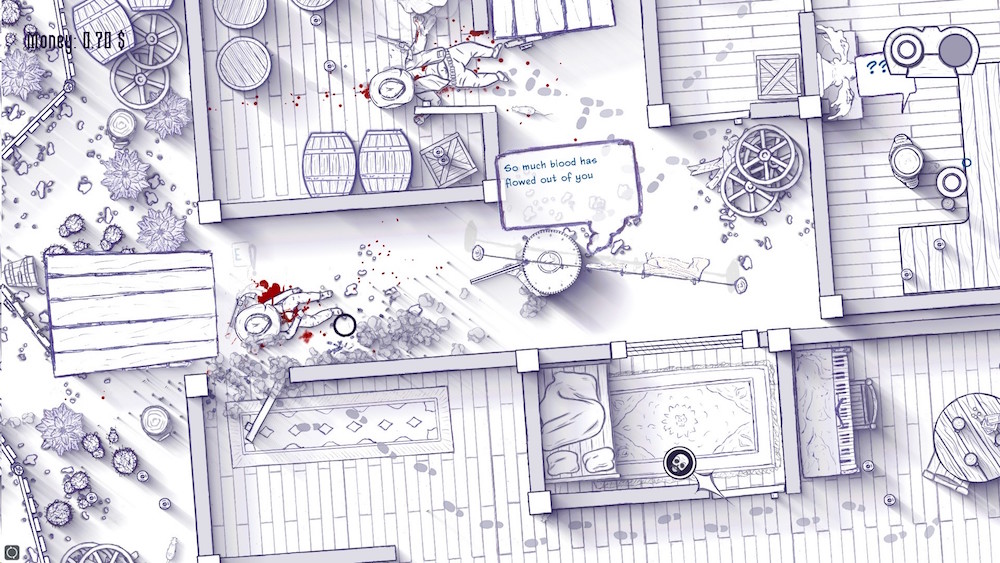 12 is Better Than 6 is a creative take on the top-down shooter genre and, had it had more opportunities for me to run into a room guns blazing, it may have been my new favourite. The hand drawn art style is unlike anything I’ve seen before and I can’t wait to see if the developers create something new with the same idea in mind. If you’re looking for a game that will have you crying with rage one second and laughing in triumph the next, 12 is Better Than 6 is definitely worth a playthrough or two.