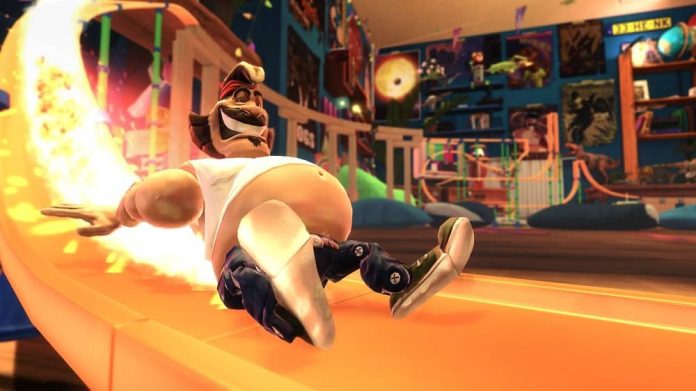 Life is hard being a kid’s toy.

One minute you’re the best thing in the world, cherished and played with daily. The other, you’re tossed aside, left to gather dust on a shelf or in a box. Action Henk knows how it feels; once he was a prize-winning action figure – he’s even got the trophy to prove it – but now he’s just an aging has-been with a beer belly. All that is about to change though: a rival figure that strangely looks a lot like Hitler has just stolen Action Henk’s beloved trophy, and so our forgotten hero must race to reclaim his prized possession. Action Henk is back in action!

With its tongue firmly in cheek, Action Henk is essentially a racing and platform game hybrid where you must control the unfortunate Henk to run, jump, butt-slide and hook your way to victory. The crux of the game then is learning to use each of Henk’s moves effectively to quickly complete each of the game’s levels, earning medals for your efforts in the process. Don’t be quick to think that Action Henk’s simple premise means that it’s a walk in the park however, because in fact it’s one of those games that easy to pick up but extremely challenging to master. To shave the valuable fractions of seconds off of your best times to attain the gold medal on events as you progress will require a great deal of understanding as to how each of Henk’s moves work, necessitating a great deal of patience and practice as you learn the ropes. It’s worth it though, as when you finally complete a level with a fantastic time and place high on the leaderboards the feeling is very rewarding indeed.

Action Henk’s single player mode has you progressing through 10 areas, each more elaborate than the last, consisting of a total of 70 levels. The first five levels of each area are effectively time trials, with you receiving a medal corresponding to your finishing time. Making up the meat of the game, these time trial style levels are Action Henk at its best, with the selectable ghosts for each medal acting as a great training aid to improve your skills. After you’ve overcome all the time trials in an area, the sixth stage is an all-out race against another figure in which there’s no option but to win, meaning these levels can be rather more demanding. Persistence and skill will eventually pay off however, and upon winning you will be rewarded with a new figure or costume to use. Those that learn to master Action Henk’s mechanics and obtain at least a gold medal in all levels of an area will also be rewarded with a bonus level, challenging them to collect coins placed around an environment against the clock. 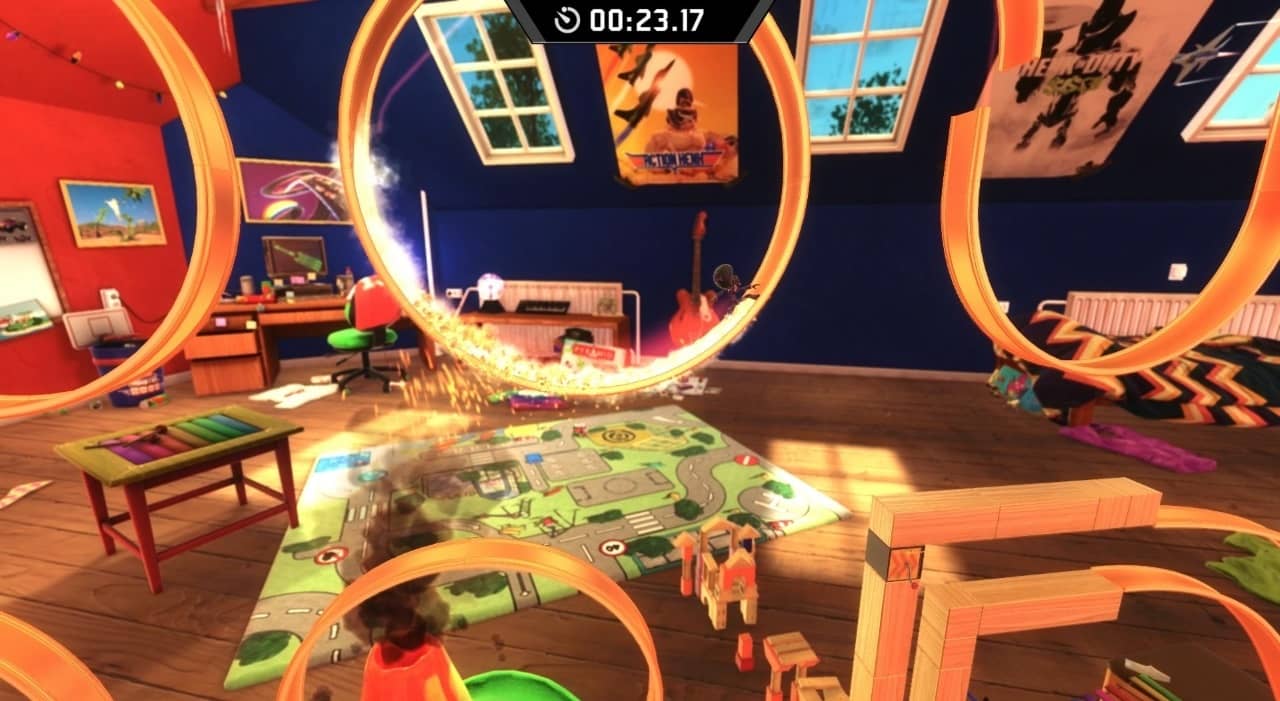 Players that don’t care about leaderboard scores or bonus levels will run through Action Henk in a matter of hours, even though areas are gated off by medal requirements. To be honest though, they’d be playing it entirely wrong. The real joy of Action Henk and what makes it so addictive is the pursuit of earning gold or, if you’re particularly skilled, rainbow medals, and also placing high on the leaderboards. It’s easy to lose hours or so at a time revisiting levels, retrying them again and again until you know them like the back of your hand and can put in some competitive times. It’s a good job too, as apart from the single player mode there’s not a lot else to do. The level editor mode featured in the PC version is notably absent for instance, and with the only multiplayer option being local split-screen, your mileage is likely limited there too. When you do have friends available to play in local multiplayer however it is at least a guaranteed blast, with Action Henk’s easy-to-pick up gameplay providing humorous and competitive fun for all.

One thing that does irk me about Action Henk is its graphics. Whilst the visuals aren’t technically bad, the actual design of Henk and the other unlockable figures is rather ugly. The levels on the other hand are a mix of the good and the bad, with some environments being much more intricate and interesting than others, although at the breakneck pace you move through them you don’t really have that much time to notice or care. What’s important though is that the game runs very smooth most of the time enabling the gameplay to shine, although there is the odd bit of stutter once in a while. A special mention must also go out to Actions Henk’s music which I find very reminiscent of the Sonic All-Star Racing games, meaning you’ll either love it or hate it depending on your appreciation of cheesy retro-sounding tracks. Personally I quite like the music, believing it matches Action Henk’s gameplay pretty well. 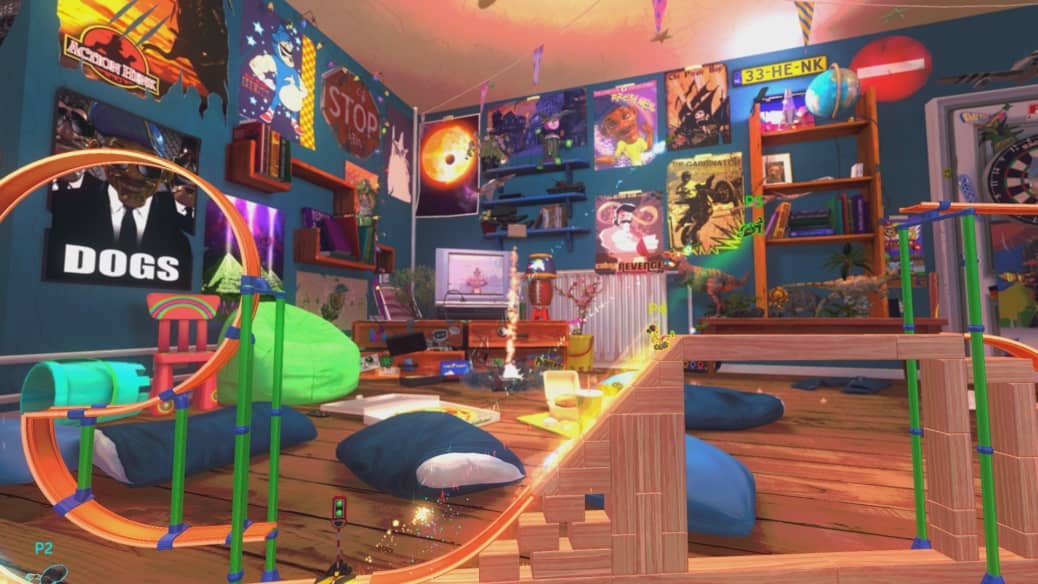 Whilst Action Henk certainly won’t float everyone’s boat with its iffy visuals and reliance on score chasing to provide any long-lasting attraction, it is still an interesting and addictive combination of racing and platforming. The easy to pick up but hard to master gameplay means it provides fun for all skill ranges, and the local multiplayer mode makes it great for parties where it’s sure to raise more than a few laughs. It’s just a shame that it doesn’t feature the level editor or online multiplayer features of the PC release, as they would have been sure to make Action Henk a more rounded and appealing package. Still, for score chasers, Action Henk will provide an enjoyable and lasting challenge that is quite unlike anything else currently available on the Xbox One, making it a title that you should certainly consider checking out.

Action Henk is available on PC, PS4 and Xbox One. We reviewed the Xbox One version.