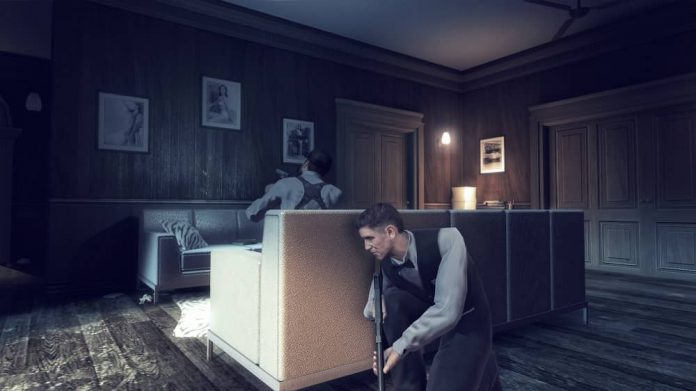 A bona fide stealth game bears much likeness to the perfectly assembled hamburger.

The buns must be crisp and warm to the touch, the patty scrumptious, and of course hot, dripping cheese and just enough toppings to add the perfect amount of flavour. Alekhine’s Gun is like a hamburger with too much mayo, canned pickles, processed cheese and no relish. Sure, the meat and the buns are there, and keep the burger from, well, not being a burger—but that’s all it is.

Bluntly put, Alekhine’s Gun is a Hitman rip-off as much as it is nothing more than a bare-bones stealth game. And sometimes it fails at being even that. For those of you Death to Spies diehards who want so badly to ignore the ubiquitous panning of Alekhine’s Gun by the “critics” and just get into it, at least allow me to recount one of my favourite moments from the beginning of the game. So I was just getting into it, real excited and all that jazz, trying to get a handle on those dorky controls, when I spotted my first enemy. Eager to cross that first bloody threshold, I crouched low and got the drop on victim uno.

I almost got close enough to him to smell his virtual breath, so to speak, when I noticed he was facing me. As we all know, that is a big stealth game no-no. Translation—all hell was about to break loose. But for some reason the dude just stood there, mean muggin’ me! Not believing my luck, I fumbled with the controls, selecting the garrotting wire, and I jammed the left mouse button, trying to strangle him. My arms shot forward, bear hugging air, but again, no reaction from Mr. Tough Guy. I quickly realised that the deed must be completed from behind, so I proceeded to do so. And no, this wasn’t a one off occurrence. More like a great first impression, wouldn’t you agree?

Subsequent impressions didn’t knock me off my feet either. The obviously Hitman “inspired” gameplay does start to get to you after a while, in an annoying fly-on-your-shoulder kind of way. Assassinating a target is more often than not a matter of picking off a lone guard and stripping him down so you can don his garb. Once that is done, you always end up waiting for that same narrow window of opportunity when a main target’s guard turns his foot and strolls away, leaving him out in the open. If it hadn’t been done so many times before, it might even be considered innovative. And don’t even get me started on replay value—it hovers perilously over zilch here, folks—that is, unless you like doing the same thing over and over again. 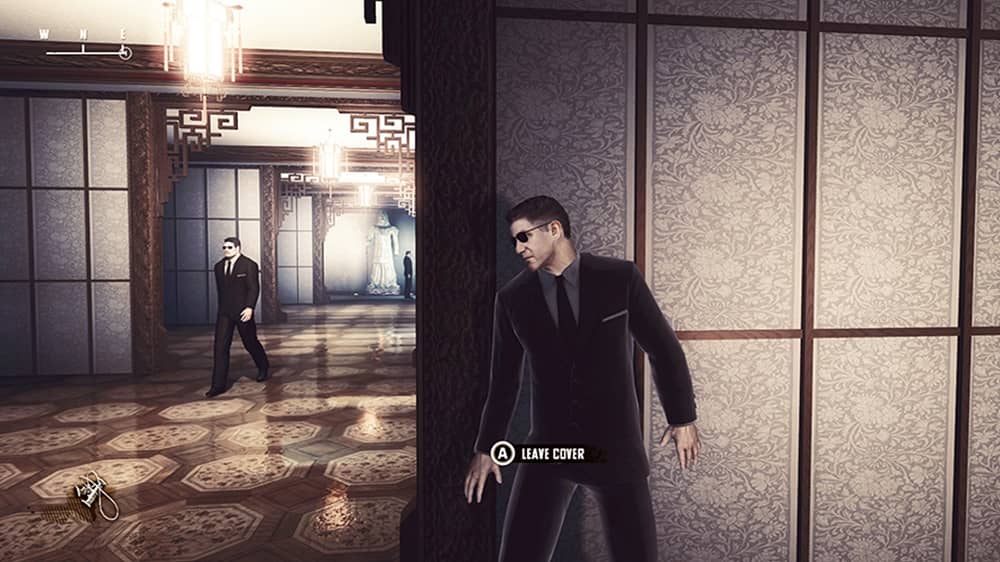 You would hope that immersing yourself in a decent storyline would drown out the repetitive gameplay, if only for a few precious moments, but then you realise – darn it! – the story isn’t so great either. In fact, it’s much, much worse. The cutscenes, for one, can only be described as a crappily voiced-over slideshow. They’re quite the chore and the bore, much like the thin plot, which fumbled a major opportunity to capitalise on the juicy narrative of the Cold War. The eponymous Agent Alekhine is like a poor man’s Sam Fisher; no gadgets, not half as badass, but with the same rumbling voice and off-putting demeanor. The rest of the characters are dull and forgettable, as grey as the hue of a great chunk of the maps in Alekhine’s Gun.

The open-world maps seem expansive at first, but that illusion is quickly ground to dust when you realise they look nearly the same all over. I was able to observe the designers’ sleight of hand when I scoured the opening map and walked down the same dark corridor more than once – or was it really the same dark corridor? That being said, at least the 11 maps are somewhat distinguishable from one another, from a murky hotel room to a murkier castle chamber. The graphics are nothing to frown at, for a low budget title like Alekhine’s Gun, but there won’t be too many gamers admiring the drab character models and backdrops with their eyeballs popping out of their sockets—I can foresee that much.

If you pay no heed to the red flags and cough up your hard earned dough on this game, I’m sure you will at least agree with me on this one: the senseless omission of an auto save function leaves you scratching your head in twitchy fury or just plain ol’ confusion. Whether you are a seasoned stealth gamer or not, you’ll find yourself manually creating a save file every few minutes so that when you screw up you can rinse and repeat.

All those faults aside, there are a few moments that make Alekhine’s Gun borderline enjoyable. I did feel a rush of satisfaction each time I strangled each of those asinine guards that couldn’t seem to tell the difference between a dead man and a dead man walking. Take, for instance, one instance mid-game when I strolled into a room and laid waste to a bunch of unsuspecting guards with my semi-automatic. Guards in the adjacent room, overhearing the gunfire, came stampeding in. I was ready for a fight, but since I was wearing one of their uniforms, it turned out that all I had to do was tuck my piece back into my holster and calmly stride away. None of the idiots so much as gave me an up-and-down. Perhaps the bar of stupidity isn’t as damn high on the more challenging difficulty levels (I was playing on normal), but even on “normal” there is no excuse for “subnormal” AI. 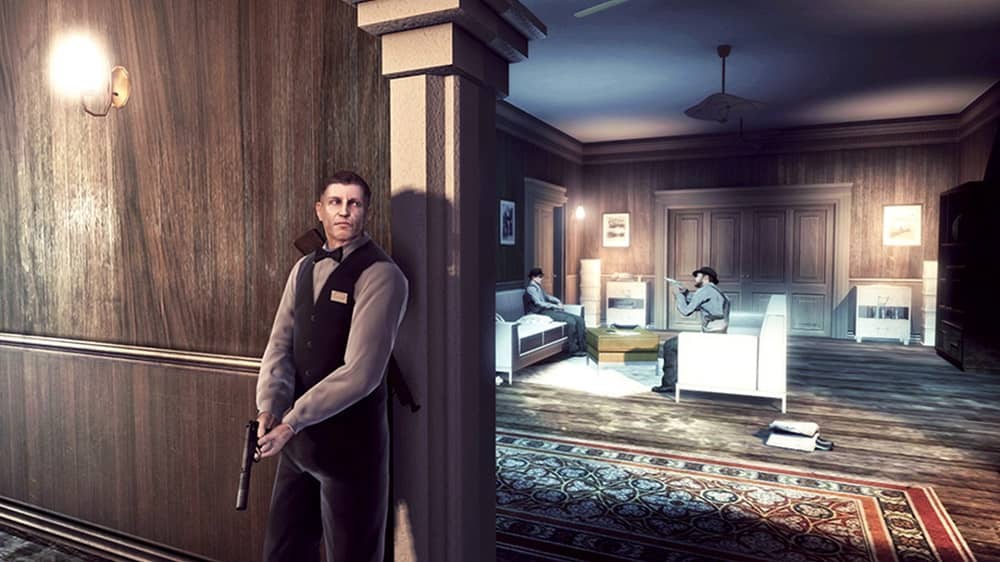 As harsh as my choice of words may be, I first booted up Alekhine’s Gun with a spry optimism. I can say for a fact that I adore stealth games, and I’ve kept more than a couple in my good books. But with more and more action-adventure titles incorporating some form of subtle slaughter into their games, even a naïve newbie can tell the difference between the good and the ill—the dun-right and the somebody-dun-goofed! And Alekhine’s Gun sure is a hefty slice of the latter. Listen, if it ain’t broke, don’t fix it. But fix it baby, because it sure as hell is broken.

Alekhine’s Gun is available on PS4, Xbox One and PC. We reviewed the PC version.