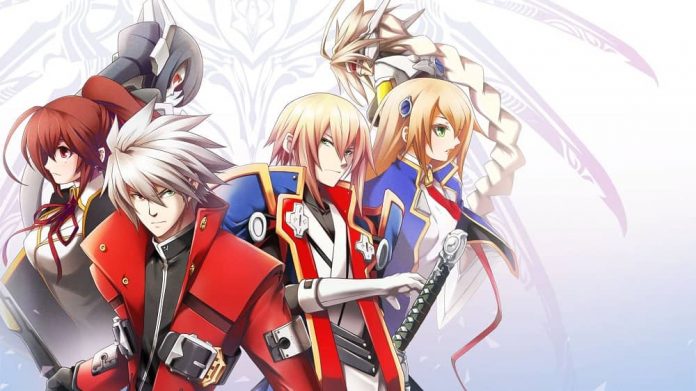 I launched BlazBlue Chronophantasma Extend with little to no prior knowledge of anime, manga, or anything of the sort.

I guess that makes me a newcomer – let’s make that a keen newcomer – to the rich culture of hand-drawn Japanese characters and their ventures in comic books, television and the gaming universe. On the other hand, I fancy myself as a fighting game freak, well-versed in the art of kicking pixelated butt, whether that happens to entail button-mashing or practicing a combo over and over again until I can’t feel my thumbs no more. So I dove into BlazBlue Chronophantasma Extend at least semi-interested in what was to come -and I wasn’t disappointed.

BlazBlue Chronophantasma Extend (which I’ll refer to as simply Blazblue from here on out) is the sequel to the well-received BlazBlue: Continuum Shift and the latest release in a trilogy of 2D anime brawlers. This will probably be of little interest to those who haven’t played previous releases, but the “Extend” in “Chronophantasma Extend” marks the addition of two fighters, Lambda-11 and Celica A. Mercury, to the already sizable roster.

If you kick-off the game in Versus mode, just to get a quick glimpse of the fighters on offer, you’ll find that each and every one of them looks and feels completely different in combat. Characters range from a curvy, sexy redhead to a Gundam-inspired android to a superhuman blue-haired bruiser.  Each character has a completely different skill set; a doe-eyed schoolgirl christened Noel wields dual hand-cannons that can be deployed from close, mid, or long range, while man-wolf Valkenhayn can morph into his animal ego and zip across the field in the blink of an eye. 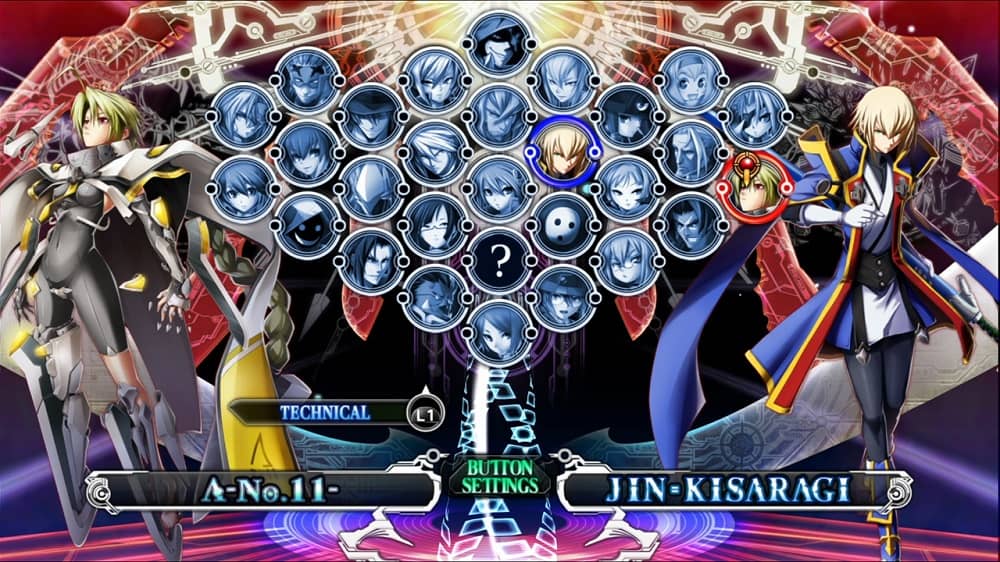 When it comes to gameplay, means of mobility are not limited to your usual forward, back, jump, crouch and dash – you also have the ability to double jump, dash in the air, and perform defensive rolls; all of which add to the rapid-fire combat. You always have to be on your toes, dodging, flying, jumping, rolling, and dashing while dishing out attacks of your own to hold your own in matchups. Luckily for those just getting started, the game gives you two control options: “Stylish” and “Technical”, the latter of which is reserved for players who already have a clean grasp of the controls. “Stylish”, on the other hand, allows you to perform flashy combos by simply button-spamming. Needless to say, once you get a feel for the game you’ll want to switch over to “Technical”.

The fighting mechanics are so in-depth that numerous tutorials are required to climb the steep learning curve. The first set of tutorials teaches you everything from simply moving around the field to utilising basic attacks in your arsenal. Character-specific tutorials go one step further, walking you through attacks employing the newly added “Overdrive” feature, a special ability unique to each and every fighter that grants additional attack power, various offensive benefits. Each of these tutorials also covers special moves, combos, and half and full heat attacks. The return of the heat bar feature, similar to the super meter in Mortal Kombat X, fills up over time and can be used to execute a fighter’s deadliest moves.

When you’re done honing your skills in tutorial mode (which for me seemed to take forever) you can try your hand at various other modes, from plain ol’ Versus to BlazBlue’s signature Arcade mode to the seemingly endless Abyss mode. Arcade mode features story-driven fights that end up with each character squaring off against his/her nemesis, while Abyss mode pits you against a constant wave of enemies that slowly progress in difficulty as you gradually work your way to the bottom of the Kagutsuchi. Online mode is exactly what it sounds like, as you duke it out with other human fighters over the internet. My time spent losing online was quick and painless, with the netcode running smoothly, even as I was pummeled to a pulp by players from halfway across the world (that happened to reside mainly in Japan, go figure!). The main fighting modes provide ample opportunity for you to take in the drop-dead gorgeous backdrops, which are hand-drawn and rendered in stunning detail. 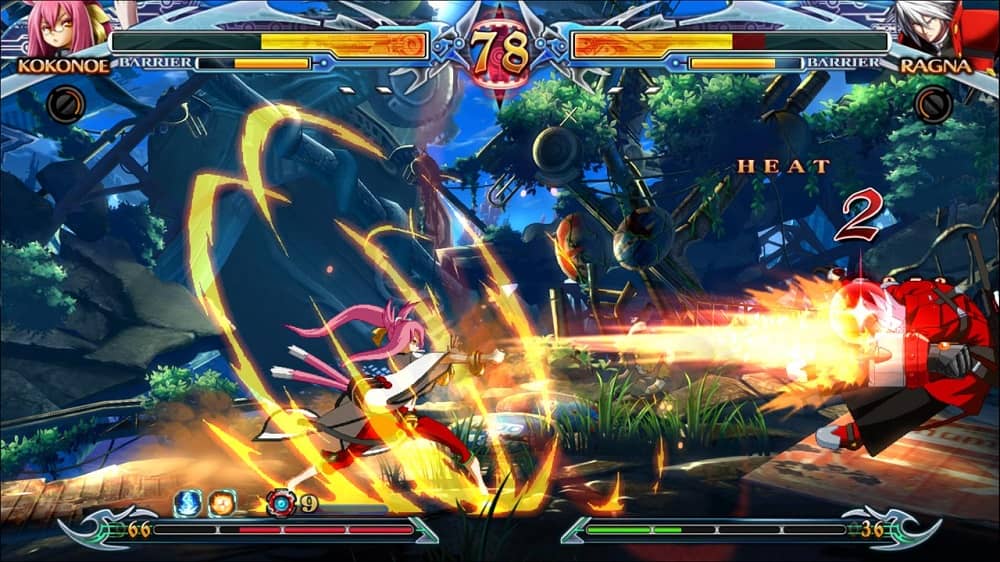 I personally found BlazBlue‘s story mode to be quite uninteresting, mainly because I’ve never touched any of the previous games. Those familiar with BlazBlue lore will likely relish the lengthy episodic cutscenes, filled to the brim with snaking character subplots, but the rest of us humble gamers will be left itching for some actual gameplay. There is an option in game to brush up on your BlazBlue lore before you get started but even then, it’s mighty difficult to keep track of how Izayoi’s path intertwines with, say, Noel, or if they even do at all.

Even with my lack of BlazBlue knowledge I found BlazBlue Chronophantasma Extend to be a complex fighting game with beautiful character and level design. And its multiple game modes do not struggle to keep me thoroughly engaged. Gamers who are not as familiar or as interested in BlazBlue’s backstory will not find the story mode quite so appealing, but will most definitely find the rest of the game entertaining for hours on end. BlazBlue freaks will be delighted with nearly every aspect of the game, which features the series’ largest fighting roster yet, several new fighting mechanics and of course a thorough storyline chronicling the lives of all 26 fighters.

BlazBlue Chronophantasma Extend is available on PC, PS4 and Xbox One. We reviewed the PC version. 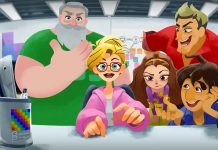