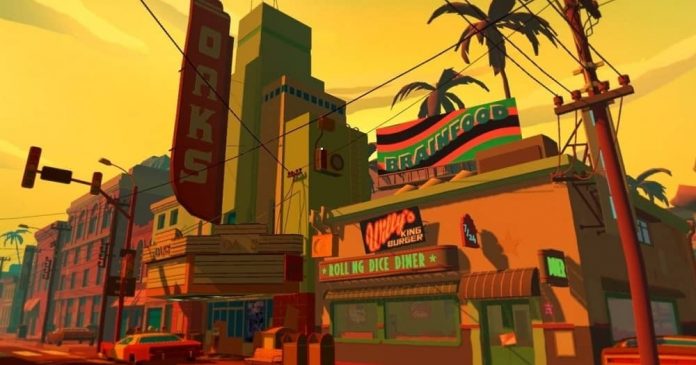 In a world of cardboard cut-out characters, psychedelic drug trips and alternate realities, Californium brings some of the best aspects that make up a great first-person exploration game together in one neat package. It will pull you in after only the first few words typed on your typewriter and will keep you hooked long after you discover your first hole into another reality.

Californium is a first-person exploration game created as a homage to the American science fiction writer Philip K. Dick. Dick is well known for his many written works including The Man in the High Castle, A Scanner Darkly, and Do Androids Dream of Electric Sleep? which inspired the movie Blade Runner. He is also widely recognised as the author of the short stories that inspired other such films as Minority Report and Total Recall. For those familiar with Dick’s work it is easy to see how Californium was created with his unique style in mind; Dick often focuses on the issues of drug abuse and paranoia, both of which are touched upon in the game.

Californium tells the story of Elvin Green, an author who struggles with seemingly incurable writer’s block (along with many other issues, mental or otherwise, touched on throughout the game). You’re introduced to the game through a close-up of a typewriter. The first-person view of this typewriter will quickly become very familiar, as it is where you’ll always begin at the start of a new chapter. When you’re at the typewriter you must complete whatever unfinished work Elvin had been writing, by typing the words in for him, before you are given free reign to wander around.

The world of Californium is a mix between a zany cartoon and one hell of an acid trip. Everything is brightly coloured, televisions speak to you, lights flicker incessantly, and whole pieces of furniture blink in and out of your view. It’s only once you think you’ve figured out what’s going on that you come across holes into an alternate reality. Yes, you read that right. Glowing glyphs placed throughout the map of the game open up different sized “holes” or “portals” into what are eventually revealed as openings into separate realities. 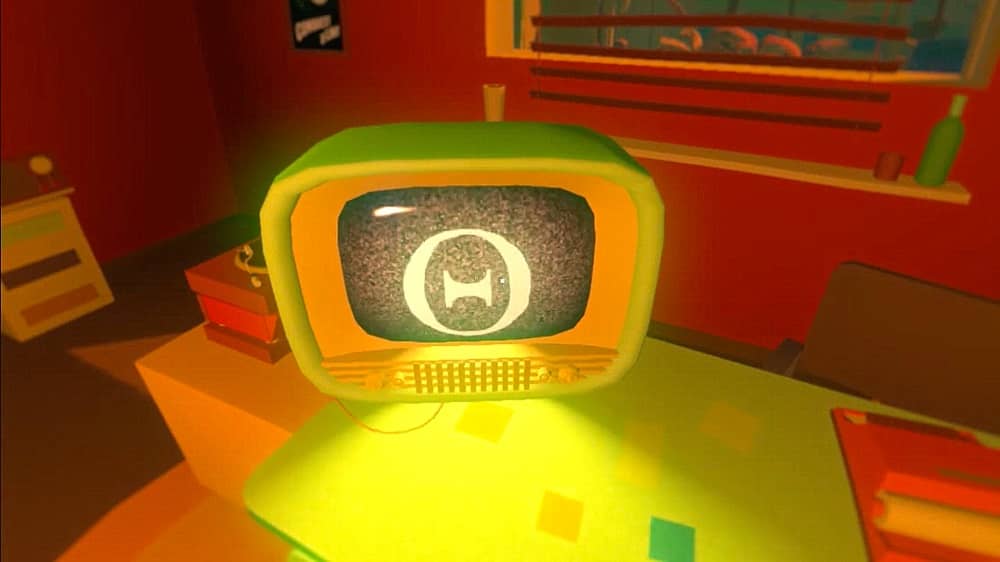 The bulk of Californium’s gameplay is that of a hidden object game where it’s your goal to find a certain number of the aforementioned holes into different realities, before being allowed to leave your reality and enter the new one. You aren’t left totally out in the cold though: each area you explore consists of a few televisions that are your guide to how many holes you have left to find. The trick to discovering these weird portals is simple – move around, look at everything, and explore. At the beginning I had a hard time figuring out exactly what I was looking for, but once I realised how the mechanics worked, the rest of the game became much simpler. You have to look out for anomalies within the map that might look like glitches, but are there on purpose. The first glyph I found was on a bookshelf that I was only able to see when I walked very close to it. It wasn’t visible from anywhere else in the room, and this is the continued theme throughout the rest of the game. You have to move around the area looking very close up, as well as very far away. I even found a few holes by looking away from an area and then quickly back at it again. It did get challenging at times, and I would be lying if I said I didn’t rage quit once or twice, but in the end the reward for finishing was worth it.

As you find each glyph that leads to the holes in reality, the number counts down on the televisions until it hits zero, when you’ll then be given a short speech by a man with a beautiful British accent. I personally felt as though I was being mocked by the wonderful Michael Caine as Alfred from the Batman series. The talking Alfred TV follows you around for the entire game, partly mocking your character for his losses and lack of accomplishments, while also acting as the voice in Elvin’s head reminding him that he’s made some very bad choices. After the TV finishes its speech, your next task is to find the perfect spot on the map that will allow you to travel to the next reality. These are labelled by the same glyph; just on a much larger scale. It can be complicated as you have to be very precise, but none of these end of chapter puzzles caused me any more grief than the rest of the game.

Probably my favourite party of Californium is its cast of quirky cardboard cut-out characters. I mean this in a very literal sense; its characters are 2D cardboard cut-outs. Some of the characters include Stavros, the owner of a diner located across from Elvin’s apartment who is a constant in every one of Elvin’s different realities; Elvin’s angry publicist, who still cares about you but doesn’t really want to work with you anymore; and, my favourite, a synth robot who knows that it is only a matter of time before the human race becomes extinct. The 2D characters stand out in this beautiful 3D world and are part of what I believe really makes the Californium memorable and unique. 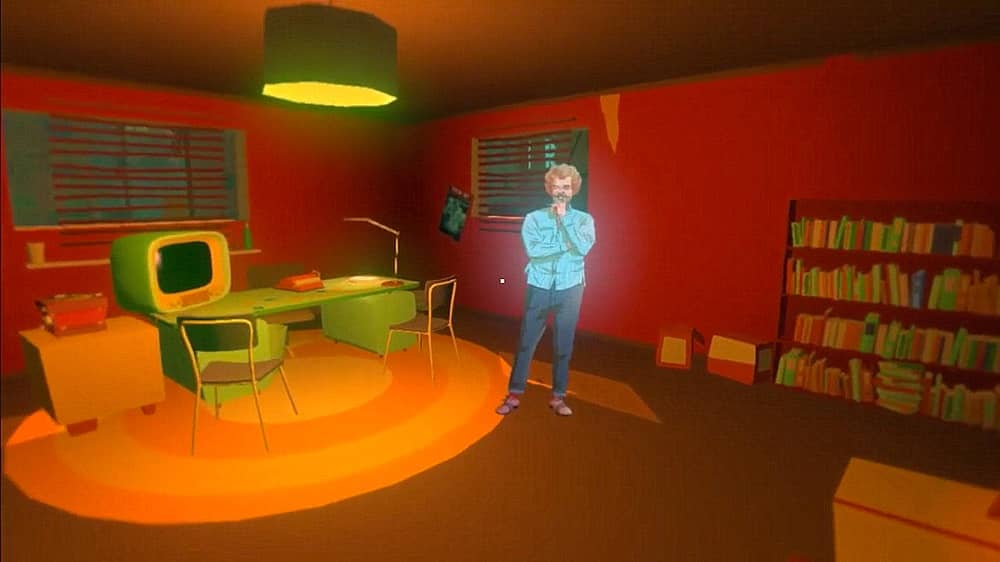 Besides the sometimes frustrating hidden object puzzles, I really don’t have anything particularly negative to say about Californium. My only beef with it is that there isn’t more to see. The majority of the game is based on one stretch of street outside of Elvin’s apartment; you can go inside of the diner and a handful of other places such as a government building and a record shop, but if you go towards the end of the street on either side you’re greeted with a trippy zoom-out on the world as if you’ve suddenly started looking at it through a fisheye camera lens, signalling the edge of the map. This was a little disappointing to me since Californium is labelled on Steam as an “exploration” game but, looking back on the gameplay, there really wasn’t that much to explore.

Overall, Californium is a fantastic experience with all of the great qualities of a first-person exploration game. There were only one or two issues that I had with the map that, if improved or changed, could have made the game that much better. It provides a very insightful glimpse into the mind of silent protagonist Elvin Green, as he struggles with writer’s block, drug abuse, and mental illness, all while battling with the answer to the biggest question of all: “Why are we all here?” For those looking for a moderately short, thought provoking, unique exploration game, then Californium is a truly great pick.

Californium is available on PC.