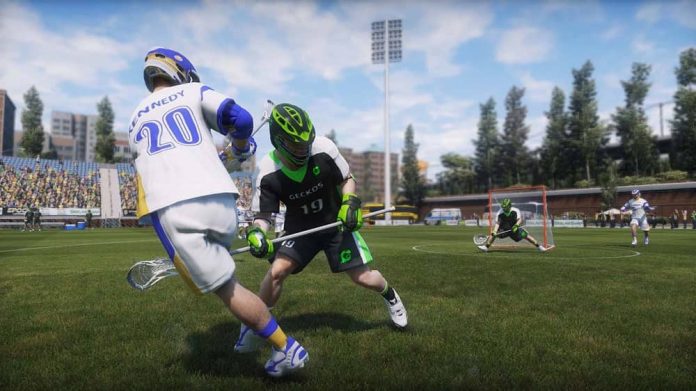 From the start, Casey Powell Lacrosse 16 looks and feels like a generic EA sports game clone, akin to Fifa or Madden. And honestly, it never really stops feeling like that through the whole experience. The game gives you the choice of playing a quick match, playing a career as a coach or player, or to learn in the Lacrosse Academy. Just like any other sports simulator, there are no real surprises.

However, for the most part, Casey Powell Lacrosse 16‘s generic nature isn’t really a problem because it does it so well. The game plays smoothly, is really quite fun and incorporates the features of a typical lacrosse game extremely well. Attacking with the ball feels fluid and learning how to build an attack and probing to what works is really fun. (On the other hand, learning the offside rule was frustrating – but that was largely down to my own stupidity…) The controls are easy enough to get the hang of, but required me to unlearn other sports games like Fifa before being able to play properly.

It isn’t uncommon for playing defence to be harder in sporting games, and Casey Powell is no exception, but playing a few games and grasping the basics of lacrosse made this an enjoyable learning curve. Slowly getting to grips with the basics of checking and stick attacking became second nature and that allowed the game really to unfold. 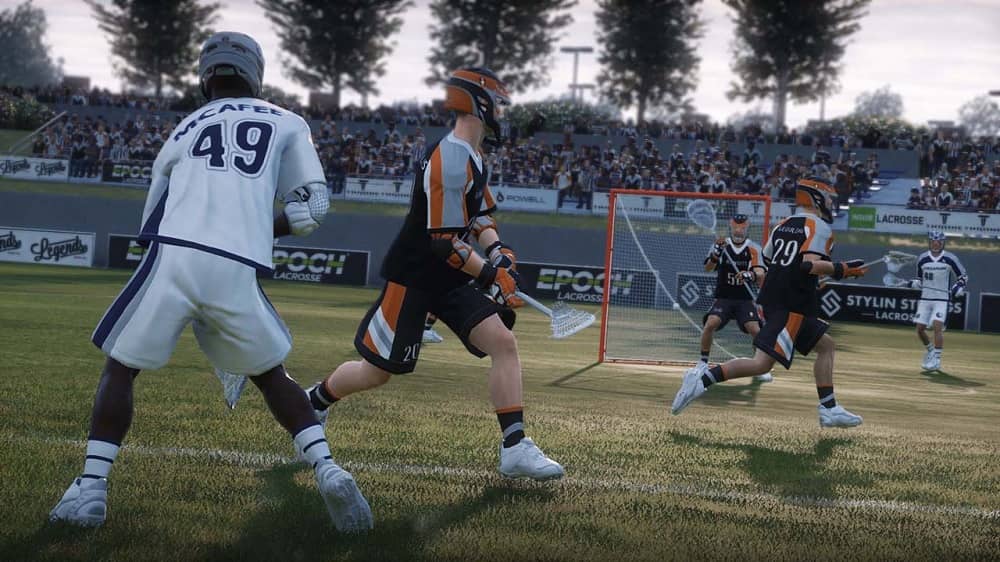 This is all possible because the AI is spot on as it needs to be in a game like this. I felt fairly tested throughout my experience which is key; no one wants to lose game after game, but you still don’t want your hand to be held throughout. Thankfully, the difficulty settings really worked. Learning on “sophomore” level allowed me to gain the basics and slowly perfect the fundamentals of the game before pushing for more advanced tactics and moves on the higher difficulties. This is the sort of experience that you want in a sports game of this type: a challenge that is fair but still worthwhile.

While the challenge at hand may be the top priority for a sports game, the second priority – for me at least – is how good it is when you play it with your friends in local multiplayer. I put this to the test with my podcast co-hosts, and it was a laugh. Casey Powell Lacrosse 16 is easy enough to pick and play for everyone to enjoy, and allowed me to test my metal. The game felt fair and fluid allowing for quick fun matches.

The meat of single player in Casey Powell Lacrosse 16 comes in the form of career mode. Starting out as a coach or a player fighting for glory in the world of lacrosse, you can design your own player or coach, or roleplay as a star. Playing as a coach allows you to take control of team and bring them to glory, or you can switch and try and find a better team that’ll hire you after a few wins. You have targets to aim for that will give you experience and added renown. That extra goal to aim for makes the game more competitive and gives your successes more meaning. You are also forced to explore new mechanics and try to win in new ways, all adding up to a very interesting and engaging experience.

Careering as a player is something completely different altogether. You play each match from the perspective of your chosen player, asking for passes and working on off-the-ball positioning. While this may not sound fun to most, it really gets compelling as you’re constantly faced with the choice of going for sole glory or working with the team. The game is played in full 15-minute quarters, which seems weird to begin with but is in keeping with the nature of rolling substitutions made in lacrosse. While you are off the pitch you can sit back and watch the game unfold or fast forward to when you are back in the game. Whilst on the pitch the time accelerates at a level that is in tune with the length of time you select in the normal game. This is an interesting solution to make the game feel more authentic. 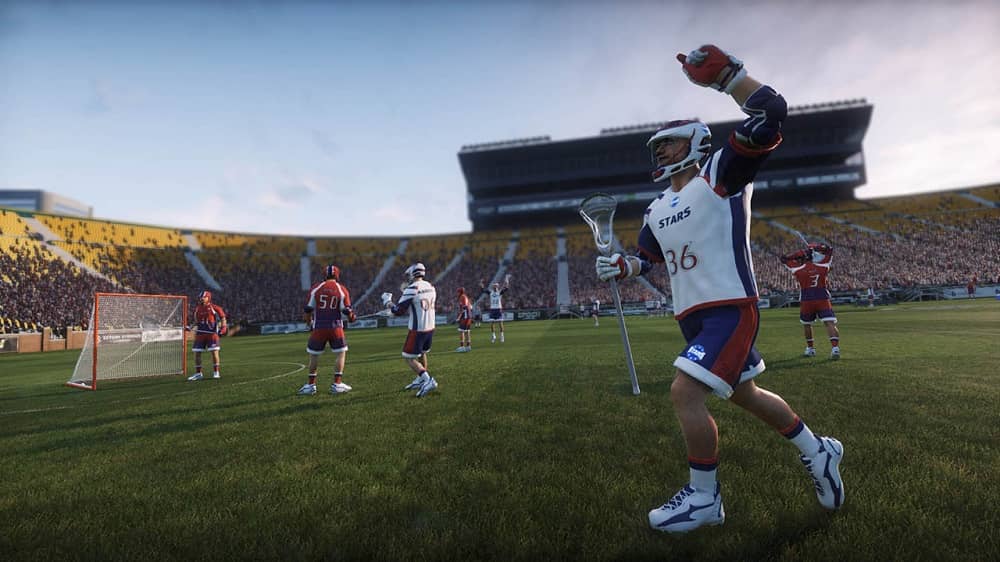 The biggest downfall of Casey Powell Lacrosse 16 is its general design, be that players, teams or the general layout. Everything feels like a carbon copy of something else. Audio is repetitive and very sporty; it didn’t take away from the game but neither did it do anything for it. The players all look pretty much the same. The teams all look pretty much the same – and even their logos do too. Scouting of players’ looks and abilities obviously wasn’t at the forefront of this development, resulting in the clone army that stands on the pitch.

Does this matter? Not particularly, as most of the time your players are wearing helmets (not unlike the actual clone army). Big Ant Studios also have a solution that is pretty decent: they allow the users to edit the teams and share them online, getting a constantly adapting and more unique team roster. You’re also encouraged to download the best-rated teams from online and insert them into your game. Doing so does give you more content that feels more genuine. The downside to this is that you’ll likely end up with a plenitude of “God Players” who are the best at everything.

Playing around with the customisation tools gave me the biggest shock in gaming since the beginning of The Last of Us. The customisation is insane. You can really do anything. This is more than Fallout 4 level of crazy facial manipulation. It is on par with Saints Row – and they only do it for a laugh. Whilst it doesn’t exactly add to the gameplay, I found it incredibly fun and spent ages making myself and my friends just for the sheer thrill of doing so.

Casey Powell Lacrosse 16 is great at the important things – solid gameplay and great co-op mode – but only okay at everything else, be that the layout of menus or the fluidity of the gameplay. Despite the music being boring and the teams and players needing a bit of work however, the individual matches are really great to play and shine through. The players look good enough on the pitch, but much more importantly they play great. The most crucial elements of Casey Powell Lacrosse 16 are excellently executed, and even though I knew nothing of lacrosse before booting up the game, I’m now keen to keep playing. All I could ask of a potential Casey Powell Lacrosse 17 is a bit more time on scouting players… and a St. Trinian’s school team.

Casey Powell Lacrosse 16 is available on PS4, Xbox One and PC. We reviewed the PS4 version.

The Tennis World Tour 2 Roster Has Been Revealed