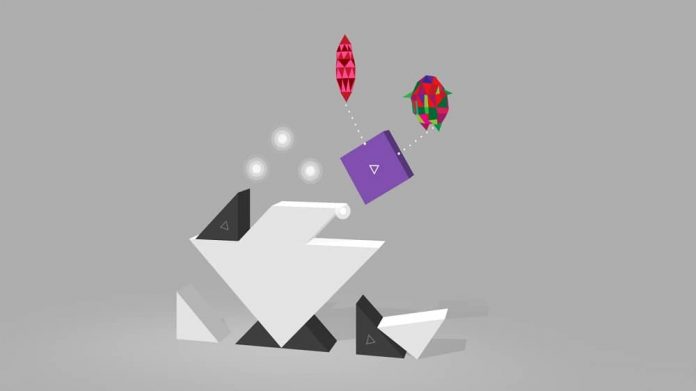 On the “About” page on their website, for example, they call themselves “an interdisciplinary design and strategy consultancy”. Not what you’d usually hear from a company that makes games. Fitting, then, that Etter Studio makes games like Dreii.

Dreii is a puzzle game, purely and simply. Very simply. Thrust into the first level with no text, no tutorial and no direction, you’ll eventually discover that you control a dreidel-like character (all rattly noises, geometric shapes and bright colours) who has the ability to connect to and move blocks. There’s a little dot on the screen and, when it’s covered by a free-standing (i.e. not connected to you) block for a few seconds, you’ve completed the level. So far, so physics puzzler.

But Dreii is a little bit more complex than that. As the levels progress, the puzzles get incrementally harder. You’ll get more than one block with the dot further up the screen. Circular blocks that have to be balanced on top of tall rectangular blocks. Some blocks have different sides that you can grab, so you’ll have to identify the best way of positioning it to complete the level.

Some of those levels have their own challenges, too: weather makes an appearance early on and you’ll have to act fast to beat tower-destroying gusts of wind. Water levels and bouncing pads add additional challenges as you try to balance floating blocks or control shapes throwing themselves around like jumping beans. You’re also given blocks with different properties to deal with: some blocks explode, others can’t be moved, some can’t be used to cover the dot and complete the level, some are too heavy to lift and require a helping hand. Fortunately, Etter Studio has you covered there. 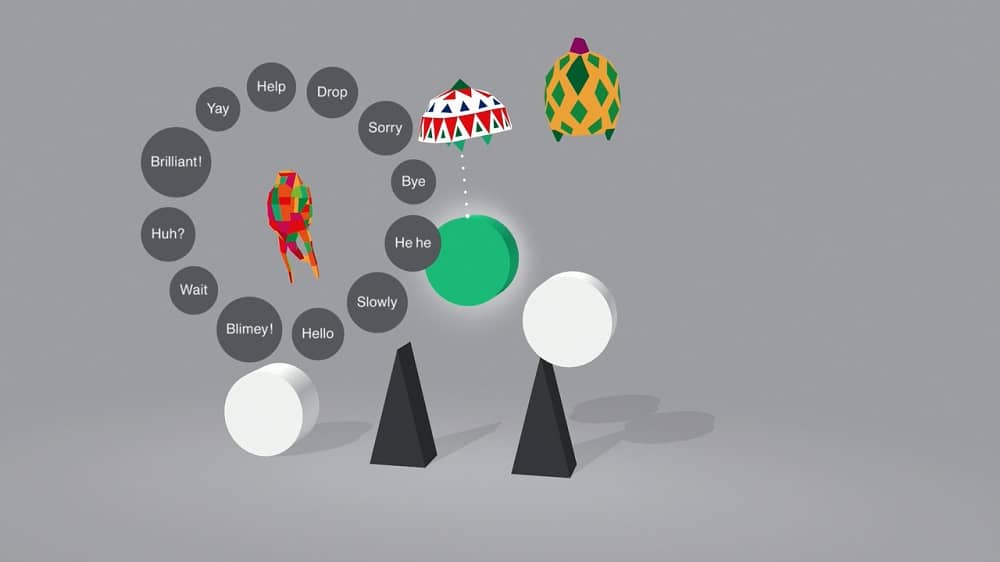 Dreii connects players across several different platforms, seamlessly, and strangers (or friends) can drop in and give you a hand if they see you struggling with a particular puzzle. There’s no party chat, though (cross-platform and all that), so Etter have provided you with a little text wheel from which you can select a variety of choice words that will come in handy.

You’ll unlock more words as you play through the more difficult levels – the earlier levels are pretty simple and, should someone else join your game, it’s going to be fairly obvious to both (or all) of you what you need to do, and you can always use your little character to suggest actions to your new friends by miming what they need to do or flitting around with suggestive motions. “Hello” is, predictably, the first word you’ll get, followed by “He he” and things like “Help” and “Blimey!”. Eventually words like “Slowly” and “Drop” can help you plan and execute your puzzle solving plans and “Sorry” lets you express your remorse at messing them up again.

The smartest thing about this little text wheel isn’t that it lets you communicate effectively and effortlessly with strangers; it’s that it lets you communicate with strangers in different languages. Each of the phrases has been translated into 19 languages so players will always be able to talk to one another, regardless of where they’re from. It’s this sort of outside the norm thinking that makes Dreii such an appealing game. You’re never going to run into trouble finding someone to play with because there’s literally a world of people out there across all of the time zones who will be able to jump into your puzzle and help you out. 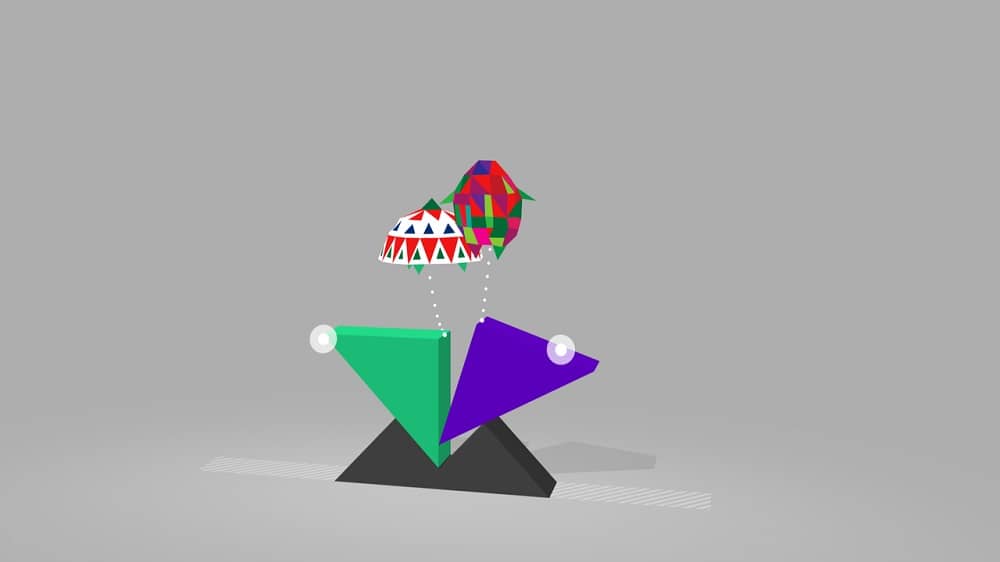 There’s a huge variety of puzzles in Dreii and, should you find yourself buddyless for a particular level or if you’re finding one puzzle a little too challenging, there’s a branching structure that means that you’ll always be able to progress and you’ll often have unsolved levels to go back to later. The challenges change, too, from finger twitching races against time to nail-biting feats of precision block placement. There’s an element of trial and error in some puzzles while others have an obvious solution that requires exact timing on the behalf of you and your allies. And it never gets boring.

While Dreii‘s premise is incredibly basic, Etter have managed to make a puzzle game that grabs your attention and won’t let go. The graphics are beautiful in their stark simplicity, with bright colours distinguishing your character from the blocks with their shades of grey. The audio is minimalist in the extreme – clicks and swooshes, ticking noises and woodblock plunks making up the bulk of it – but it fits so well with the overall aesthetic that anything more complex would ruin the experience. The physics engine is far faster than its predecessor (mobile-only game, Drei) and produces practically perfect physics that works exactly as you would expect – most of the time against you.

But it’s the collaborative effort between you and perfect strangers half a world away and on a totally different platform that really sets Dreii apart. Co-operative games have been around for decades but I don’t remember one as fun, challenging or truly co-operative as Dreii. It’s like an equal opportunities puzzler: connecting people across the world regardless of what language they speak or what platform they’re playing on to solve simple yet rewarding puzzles in a beautifully realised digital environment. Oh, unless you’ve got an Xbox… sorry about that.

Dreii is available on PS4, PS Vita and PC. We reviewed the PS4 version of the game.

The Razer Junglecat Adds Joy-Cons to Your Phone