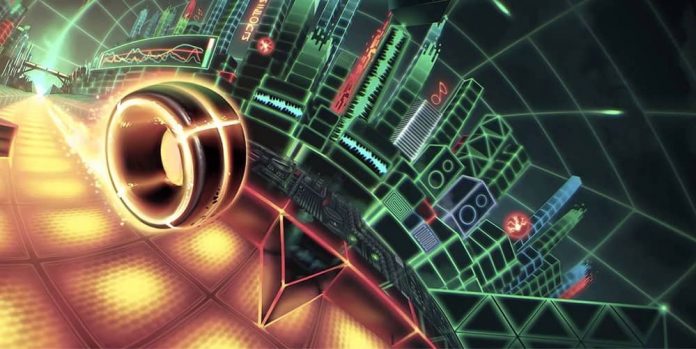 Off the bat, Dub Dash asks “ARE YOU READY FOR THE ULTIMATE CHALLENGE?”, and instantly, you know you’re in for something special. Especially when the soundtrack is laden with branded DJs, and you’re promised “graphical fireworks”.

Dub Dash, from Developer Incodra and published by Headup Games, is a fast-paced rhythm-based action/racing game. From the off, the game proudly boasts music from Bossfight and the same DJs from the very popular Geometry Dash. Before the game had even finished installing, I had high hopes for the game thanks to its OST, and happily, it lived up to those expectations. The music alone is honestly the best electronic OST I have ever heard from a game. Of course, Dub Dash also needs to be a good game; a soundtrack cannot hold everything together – except in this case, it kind of can.

You see, this is one of those games were the levels and the accompanying music go hand in hand. The levels reflect the beats in the music whilst the background animations (known as generations) reflect the tempo, sounds and instruments. Although it only comes with eight levels, it has a “Challenge” mode that’ll randomly generate a level based on one of the eight tracks, so it offers plenty of replayability. Even with these random generations, the obstacles, tracks and visual effects are all adjusted to the song, so the level is harmonised with the music. Play this game with headphones on and turn up the graphical settings, and you’re in for a treat! 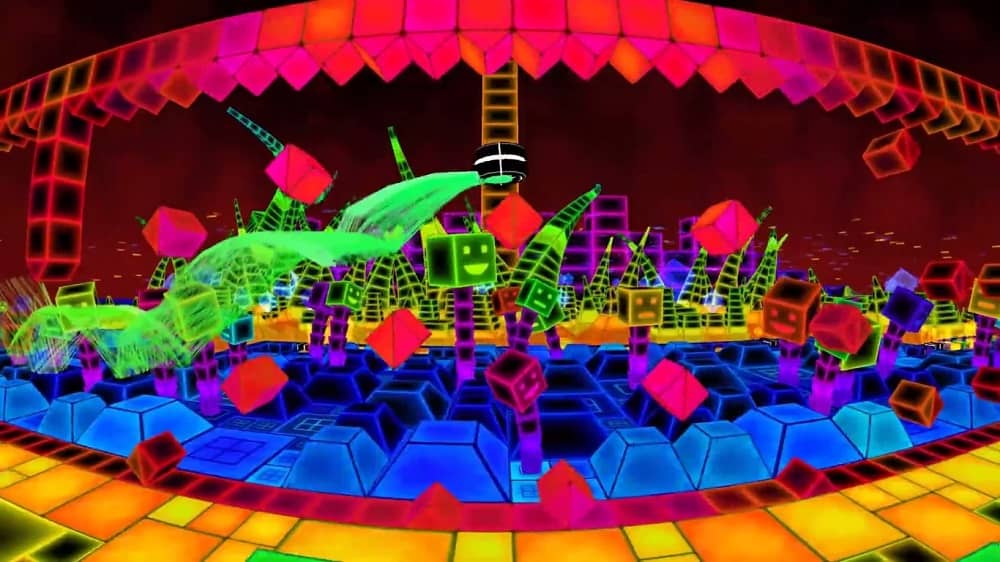 Speaking of graphics, Dub Dash has an impressively colourful palette and isn’t afraid to really go all out on the bright colours and contrast. The “graphical fireworks” claim really comes through, with bursts of colour happening in the background even whilst the level reacts to the music. The overall effect is quite hypnotising in a psychedelic kind of way. That doesn’t mean all the colour takes your attention away from playing the game though; if anything, it just adds to it. The levels themselves will vary between the straight-and-narrow, a 2D flying simulator and more open levels where you constantly change direction at 90 degree intervals. Each of these game modes is broken down into one section, so you can play multiple modes in one level, or have one mode across the entire level. Each is distinct in its own styling but still obeys the principle that the music determines the level.

The gameplay of each segment is simple enough, but mastering the levels is tough. Actually, tough doesn’t fully cover it; try instead almost impossible – a claim Dub Dash carries on its own Steam page. Luckily, each level has an optional practice mode that gives you a welcome save point after each successful passage, so you don’t need to lose sleep trying to finish the level in a single sitting. In the normal mode, you only have five lives. Using a live will put you back at the last portal which are used to break the levels into their various segments. You can earn more lives by beating the challenge levels, but that’s the only way. Lose your lives, and you’re back to the level start if you die. And trust me; you’ll die on the first level. It may sound off-putting, but it isn’t the fault of the game. Dub Dash teaches you everything you need to play it and the core mechanics of the game are very simple: avoid obstacles. You can only ever move in two directions; even when flying you’re limited to up and down, so deaths aren’t unfair, you’re just not trying hard enough. 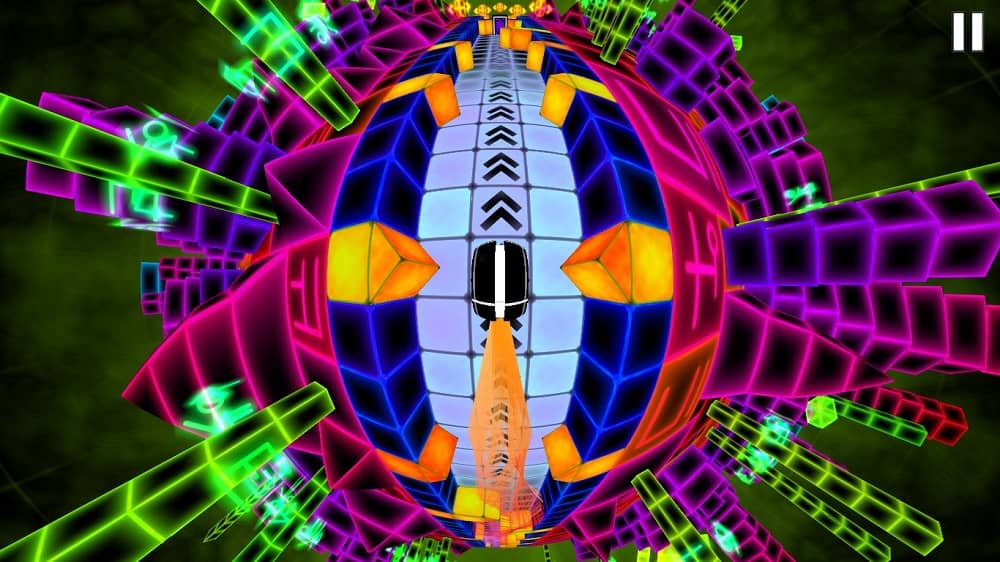 Try hard enough though, and Dub Dash will be a game you’ll constantly come back to, even if it’s just for the unique styling. The top-down look is both visually pleasing and allows you to see obstacles way off into the distance. Once you get used to the speed of the game – electronic music generally isn’t a slow genre – you’ll find that you’ve sunk quite a chunk of time into it on your own. You can ever get some friends in on it too; four of you can compete together on the same level to see who’s really got what it takes ‘cause if you blink, you’ll miss it and die. And when you do die, it just makes you all the more determined to carry on where you left off and beat the level.

If you’re after something that’s a mix of challenge, speed and downright addictiveness, then Dub Dash is your game. If you’re into electronic music, give it a try and look up the soundtrack online. I promise you won’t be disappointed!

Dub Dash is available on PC.