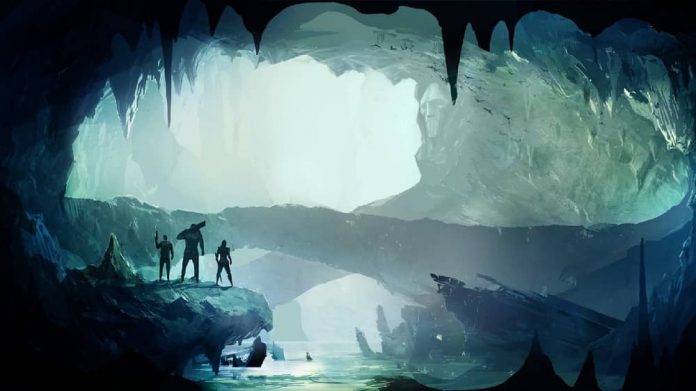 Think about it: you’re in a confined space, you’re surrounded by enemies and you’re hopelessly outgunned. Well, not exactly. Thankfully you have more than just a hammer at your disposal in Amplitude Studio’s rogue-like dungeon-defence game. A lot more.

Some readers will be very familiar with the tower defence genre but for the uninitiated, it boils down to preventing enemies from reaching a specific map point. To help thwart their progress you build a variety of different towers which shoot them as they pass. There is a big strategy element as different towers have different strengths and weaknesses, costs and upgrade prices. It goes without saying that there are loads of games out there in this genre but rest assured that Dungeon of the Endless is one of the best examples.

Each level starts with you and your crew crash landing on an alien planet in an escape pod. Initially your escape pod is a bare bones offering, but there are other unlockable types which affect the gameplay experience. Some of these are tongue in cheek; the Library Pod for example makes your heroes smarter but less powerful and unable to carry weapons: not for the faint-hearted.

After the crash landing, things go a bit Russian Roulette. You have a crystal, a power source which you must protect. Your objective is to reach the elevator to the next floor which is hidden somewhere in the level and use the crystal to make your escape. You explore the dungeon room by room, and behind each door there could be a horde of alien foes or some power-ups. You won’t know until it’s too late. 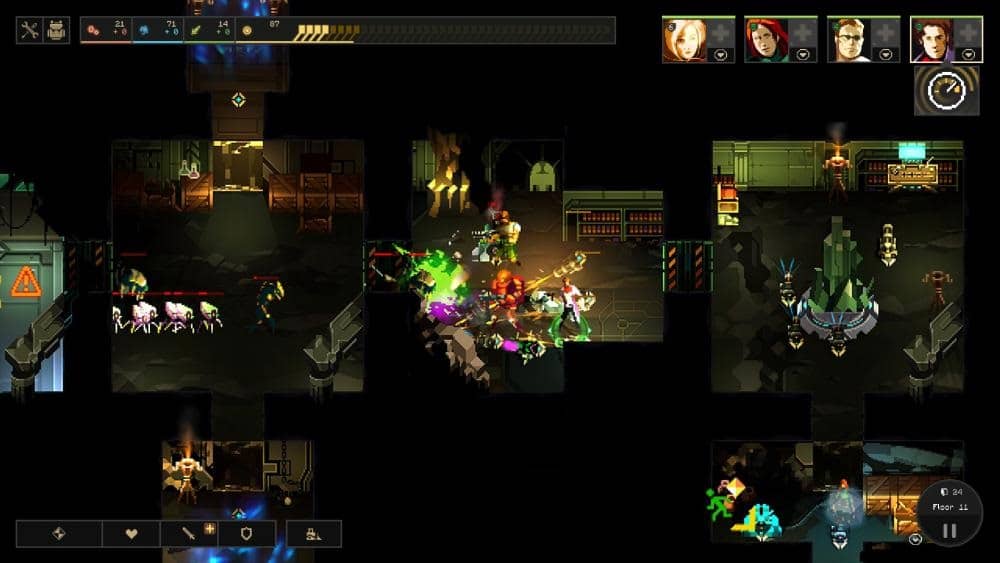 That might sound a bit too straightforward so there are few curveballs to spice things up. Dust is a key resource you need to manage over each level. You acquire it by finding new rooms, but it’s in limited supply. It’s particularly important because it allows you to power rooms by literally turning the lights on. Monsters only come out in the dark you see, and so with the room powered, aliens cannot spawn there.

Powered rooms have major and minor module slots which you can use to gather other resources: industry, used for building; science, used for researching upgrades; and food used to heal and upgrade your heroes. You make further use of these resources to weaponise the minor slots by filling them with different kind of turrets to blast aliens remotely; think of that remote sentry gun scene in Aliens! These turrets come in different deadly flavours; the more powerful the turret the more it will cost you to build.

Another great feature is the fact that as you explore each dungeon you find new characters which you can incorporate into your crew of heroes. The maximum number is four but you can swap characters in and out as you find new ones. Even grand masters of tower defence strategy will lose the odd hero to the aliens so having the ability to replenish your crew before you are all wiped out is a welcome relief.

The action is conducted by way of a top-down camera which allows you to survey the pixel-art dungeon with a bird’s eye view. The retro graphics are primitive but they have a certain charm and I particularly enjoyed the 80’s style synth soundtrack which provides an eerie, moody, and darkly relaxing tone. 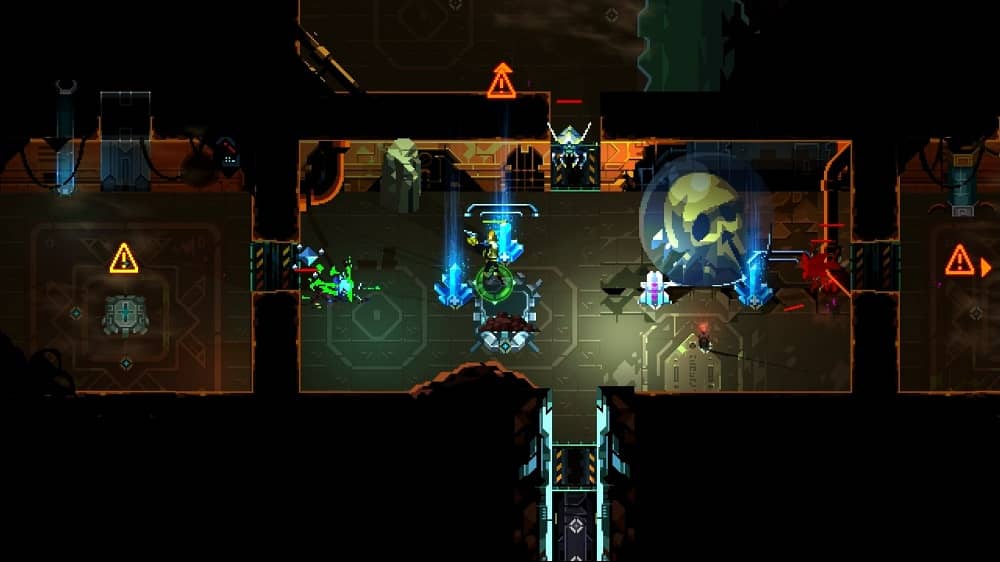 There is a fantastic depth to every last detail this game and it also includes a multiplayer mode allowing you to combine your alien smashing wiles with a friend. Dungeon of the Endless is meant to be played like a game of chess. You assess your environment in line with your resources, you intelligently plan your attacks well in advance and every move you make should be part of a big picture strategy. It’s polished and well put together and I have no hesitation in recommending it to fans of the tower defence genre and newcomers alike.

Fire up your escape pod and be prepared! And by the way, if you haven’t seen Oldboy, released in 2003, immediately cancel whatever you’re supposed to be doing later and get watching!

Dungeon of the Endless is available on Xbox One and PC. We reviewed the Xbox One version.