It’s been in development for ten years and we’ve had a few teaser trailers here and there. For a game that’s been kept under wraps for so long, it’s gathered its fair share of believers, unbelievers and the non-plussed. But last night the dusty curtain was ripped away, and Final Fantasy XV emerged with serious gusto.

First and foremost, Final Fantasy XV has an official release date: September 30th on PS4 and Xbox One.

2. Florence and the Machine are performing the theme song.

Florence and the Machine are performing the theme song for Final Fantasy XV and it’s a smart move. It’s a wispy cover of Stand by Me which proves to a fittingly powerful rendition considering that it could’ve been desperately cheesy.

It focuses on the four main characters and fleshes out their backstory. The episodes are all free to watch over on YouTube, with the first being available for your viewing pleasure right now. The remaining episodes will released in the coming months leading up to the release date.

It’ll explore the backstories of Noctis’ father, King Regis and Lunafreya, Noctis’ betrothed, played by Game of Thrones actors Sean Bean and Lena Headey, respectively. Aaron Paul will also play the protagonist, Nyx, who is Glaive and is responsible for protecting the king. It’s been in development for three years and it’ll be available to download and stream sometime before the official release date. Watch the trailer here.

That awesome car they drive? Yeah, that transforms into a flying car.

6. There are two special editions arriving soon – in limited quantities.

The Deluxe Edition includes a shiny steelbook containing the game and Kingsglaive: Final Fantasy XV on Blu-ray. It’ll also include an exclusive DLC and set you back £69.99 or $89.99. 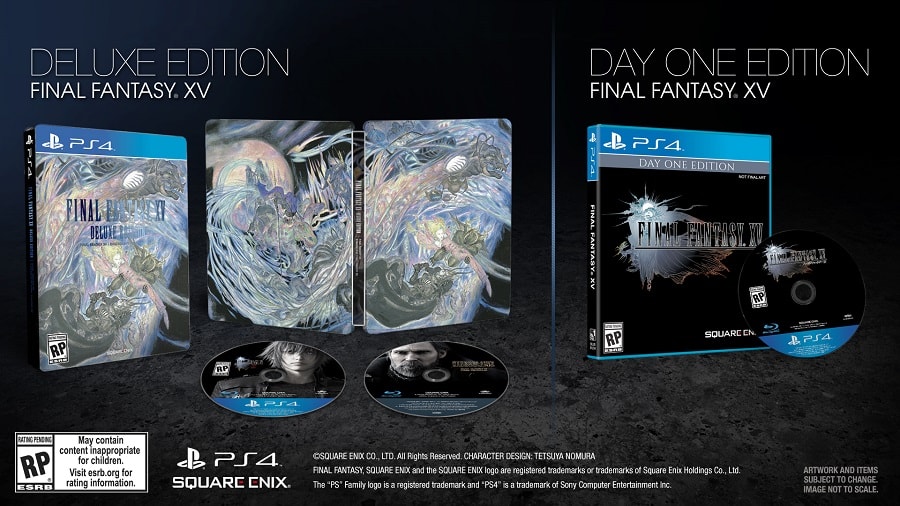 The Ultimate Collector’s Edition is meaty. It includes: a Blu-Ray soundtrack disc for the game, Kingsglaive, and Brotherhood, a Brotherhood Blu-Ray disc with an exclusive sixth episode, hardcover artbook and a Kai Arts Noctis figure. This’ll set you back a £189.99 or $269.99. Only 30,000 copies are being produced so make sure to pre-order now if your prepared to live off scraps for a year. 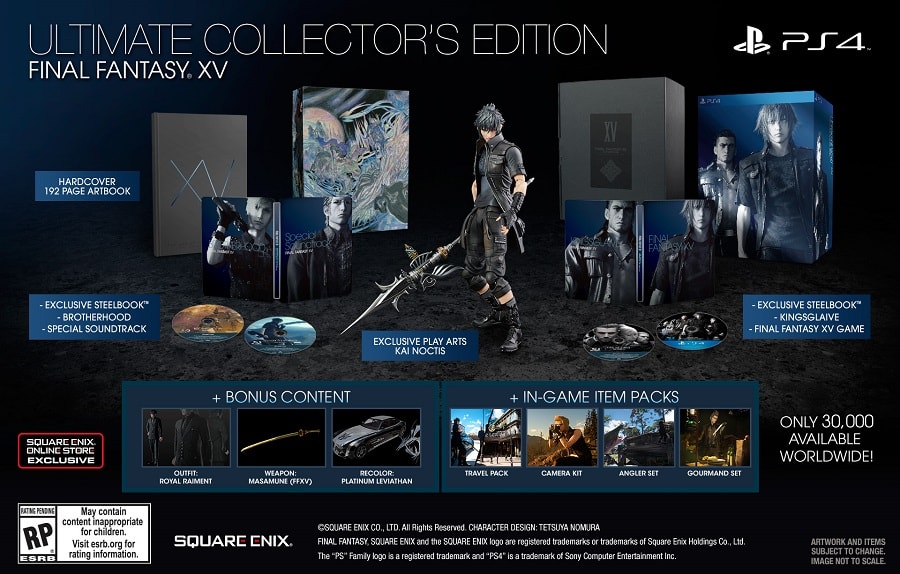 You can pre-order here.

7. A partnership between Square Enix and Audi has been revealed.

There was an exclusive Regalia themed Audi R8 on display that’s inspired by the car Noctis and his group drive in game. 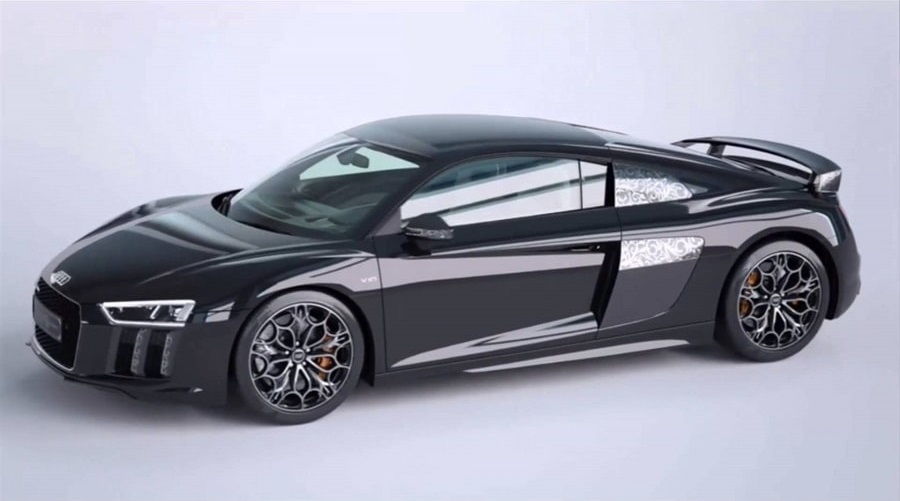 8. This trailer was also a feast for the eyes.

The sheer amount of content they revealed last night gave the impression that this is all or nothing stuff. It’s clear that they’ve invested an absurd amount into the Final Fantasy XV universe, to the point where failure isn’t an option. Thankfully everything looks fantastic so far, and there’s certainly more to come.

Final Fantasy XV will be released September 30th on PS4 and Xbox One.