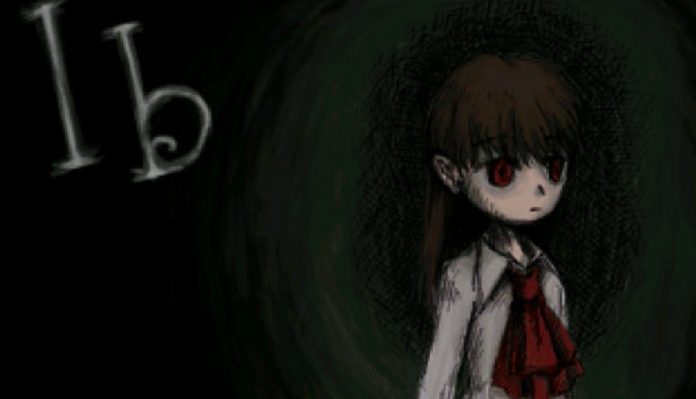 This week’s choice is running somewhat off my choice for last week. Replaying through The Crooked Man has reminded me of my love of pixelated horrors so without further ado we’re looking at Ib (pronounced *eeb*) designed in the RPG Maker 2000 by kouri. Ib is a young girl visiting an art gallery with her parents. As she moves past the numerous exhibits she realises suddenly that she’s alone. In her search for the missing exhibit guests and her parents, she finds that things aren’t quite as they once appeared as the gallery takes a more malicious turn.

What I love about Ib is that while it’s still quite jumpy at times, it’s not as fast-paced as, say, The Witch’s House. There aren’t so many points that require good reaction times and it’s very much more focused on the puzzle element over scaring the bejeezus out of you. That’s not saying it isn’t scary at times. The points in which the paintings start coming off the walls scare the hell out of me every time and again it’s not a game for those who’re scared by their own shadows. As opposed to The Crooked Man’s slightly more sensitive content warnings, Ib runs more on suggestion than actually throwing things in your face, i.e. mentions of hanging and mild instances of blood. It’s a good all-rounder if you enjoying the pixelated puzzle platforms (try saying that ten times quickly) but don’t want something that throws jumpscares in your face. 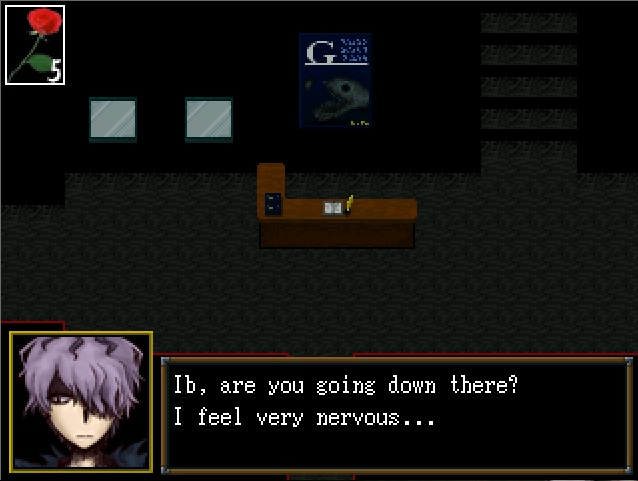 One of the major reasons this game sits dear to me is its simplistic use of characters. Where in a lot of other RPG Maker horrors pull in occasional other characters to help with the story, Ib introduces Garry not too far into the game and together they have the most innocent and lovely relationship. Garry is anywhere between 18 and 23 while Ib is only 9. It’s just nice sometimes in a game to witness a bond between two characters that isn’t romantic.

Similar to last week it’s a downloadable file and is well worth the time you’ll put into it. So let us know how you get on in the comments below, we always love to hear your views, and I’ll speak to you next week, folks.