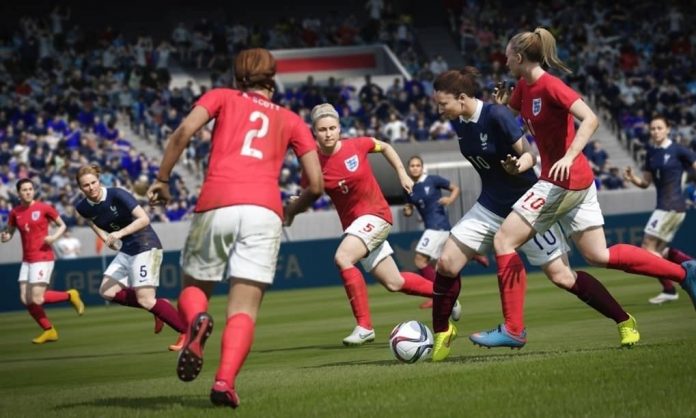 For a series that’s 23 years old, FIFA Football has done incredibly well to stay relevant. Its singular focus means it won’t appeal to many and I suspect some of you reading this are only doing so because of an interest in game history, not in football/soccer.

“Association Football” as soccer is properly termed, began its life as “Cuju” in ancient China (really, really ancient China, like 200BC) and has been an enormous part of the world’s culture since the mid-1800’s. Football is now played in well over 200 countries and whatever you make of it, it is the world’s most popular sport.

Games company Taito released what is accepted as the first football video game back in 1973, simply titled “Soccer“. Created by Tomohiro Nishikado (the man behind Space Invaders) it was not far removed from Pong but it had a green background to simulate grass and instead of one paddle, you had two to represent a striker and a goal keeper.

We then, slowly but surely, began to see more and more video games that actually resembled a game of football, with pixels arranged to resemble players, rather than just lines. There were over 70 football games for the Sinclair ZX Spectrum alone. These games appeared over a number of years until EA Sports released FIFA International Soccer (or FIFA ’94) for the Sega MegaDrive in 1993. This was the first time a game was played from an isometric perspective, meaning you felt as though you were watching from the same angle as a TV camera would be. This was far removed from the top-down views we were used to (if you never played a game like that, check out Browser Soccer over on ArcadePod – that’s as good as full retail football games used to be!). You could play using international teams but the players were entirely made up. This didn’t change for FIFA ’95, though you could now play as clubs from various international leagues, too. 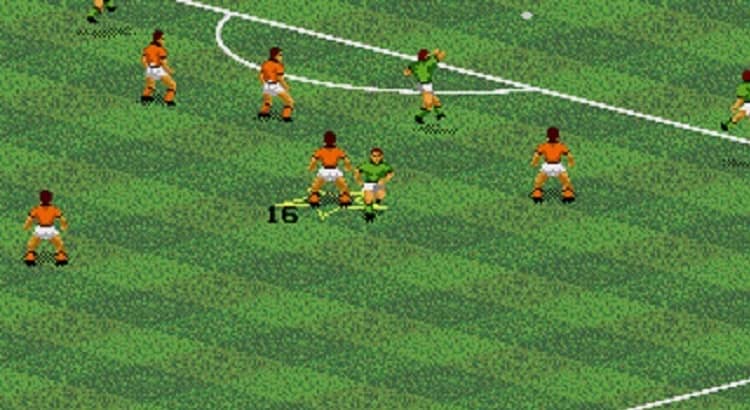 Finally, FIFA ’96 arrived and brought with it some major changes for the series. The biggest difference being the 3D graphics (on PlayStation, Sega Saturn and PC) which were a vast improvement on the limited 2D sprites from the previous games. There were now also real world players for the real world teams (with the exception of the American Major League Soccer, as the MLS had only just begun). Each player now looked a little different, and each had their own statistics which affected the gameplay. For the first time you could create a player and tinker with your team. So many of these changes brought about the model of FIFA games that we are familiar with today, yet by today’s standards, it’s barely recognisable.

“For the first time you could create a player and
tinker with your team. So many of these changes brought about the model of FIFA games that we are familiar with today”

The trouble with FIFA games releasing annually, is that it only gives the developers a single year to make improvements on the last title. Yes, most of the groundwork has been done, but if an issue only becomes apparent once gamers have been playing the previous game for six months, it doesn’t leave long to get it resolved. This creates the illusion among cynics that the title isn’t ever improved, it’s just re-branded and sent back out to make more money. To an extent, that’s true – why build a brand new game every year when you can just re-skin the one you already made? Move some players around to mirror any transfers made that year, change any kits or sponsors that you need to then pat the new game on the cheek and send it to shops.

That’s not quite how it works though. Progressively, since around ’97 once the series had been established, there have been numerous tweaks with each revision. Obviously as new hardware has become available there have been larger leaps made in terms of overall improvements, but even in the course of a single year, the developers work to improve systems such as the aiming, passing, ball control, player animations and other game mechanics to make the experience feel as lifelike as possible, to the extent that FIFA ’16 even has pretty realistic goal-net physics. 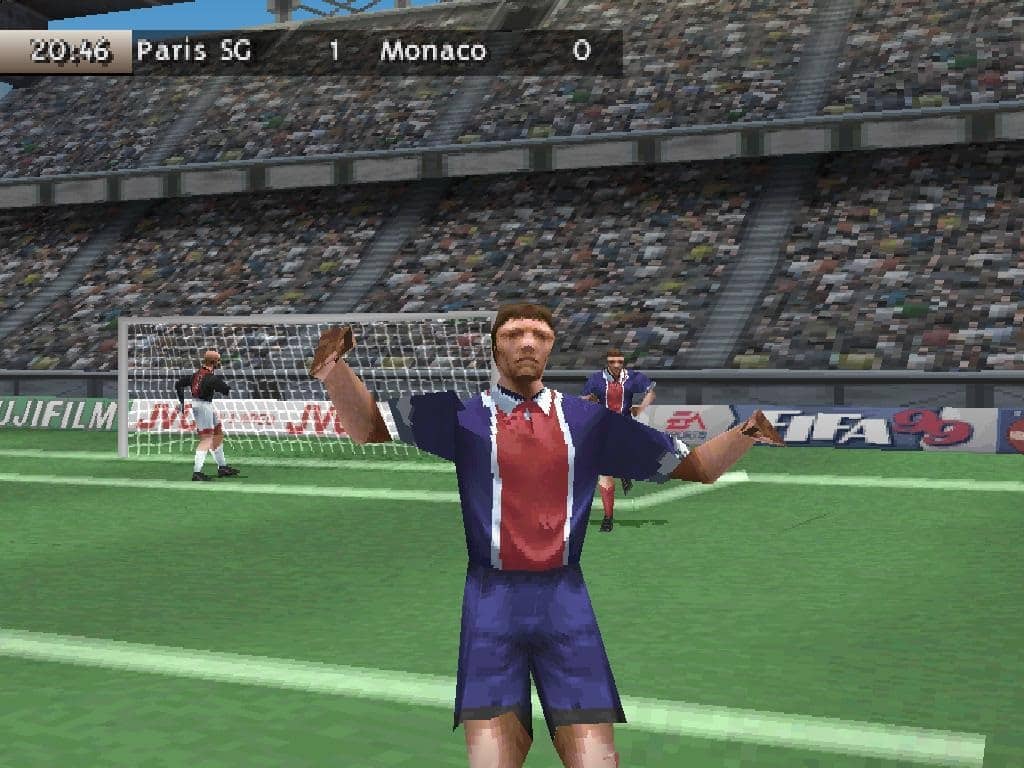 To that end, EA have now included options such as “Be A Pro” and “Be The Keeper” which allow you to play as just one specific member of your team or a new character that you create, to level that player up and hopefully get promoted to club or national legend. There is still the option, too, to play a management career, tweaking your team’s tactics to achieve the best result in each game, though if that’s what you enjoy, you may be better off with Football Manager; a series which is itself over ten years old and also immensely popular.

To date, there have been a total of 53 FIFA branded games; 23 entries in the regular FIFA series along with a further 17 management titles, five World Cup tie-ins, four UEFA Euro League games and four FIFA Street iterations. Thanks to this diversity and popularity, EA were able to announce back in 2011 that FIFA Football’s lifetime sales had topped 100 million units sold, putting the franchise at #11 on the all-time, multi-platform best sellers chart, alongside the likes of Mario, Sonic, Pokémon, Call of Duty and Grand Theft Auto.

“FIFA 12 held the record for being the fastest selling game of all time, selling over 3 million copies and making over £125 million ($186 million) in just one week”

Ultimately, FIFA’s impact on the video games industry has been immeasurable. In the early days it mixed sports and video games, as Pong did years before, which helped to remove the stigma associated with video games being for kids, or for people who were not at all interested in sports. It has helped launch the world of e-Sports, a growing industry currently predicted to be worth almost £350 million ($500 million) a year with serious cash prizes for its competitors.

When it launched, FIFA ’12 held the record for being the fastest selling game of all time, selling over 3 million copies and making more than £125 million ($186 million) in just one week on release (though this has since been usurped by Grand Theft Auto V). Thanks to FIFA games breaking down barriers between regions, the series is also responsible for a lot of other sports series being available outside of their usual regions. Without FIFA to test the waters back when it first launched, it would be unthinkable to try selling Madden or NBA games in the UK or FIFA Football in the USA. That’s why FIFA ’93 was called FIFA International Soccer – they didn’t think it would sell in the USA! With the latest release, 12 international women’s teams have even been included with the same accuracy as the male teams, which will hopefully drive the way forward for the future of the series.

The bottom line is, you may hate football/soccer, you may have no feeling towards it whatsoever, but you cannot deny the influence that the FIFA series has had over the years. It may be your favourite series or you may never have played it, but in some small way, whoever we are, FIFA Football is a Game That Changed Our Lives.