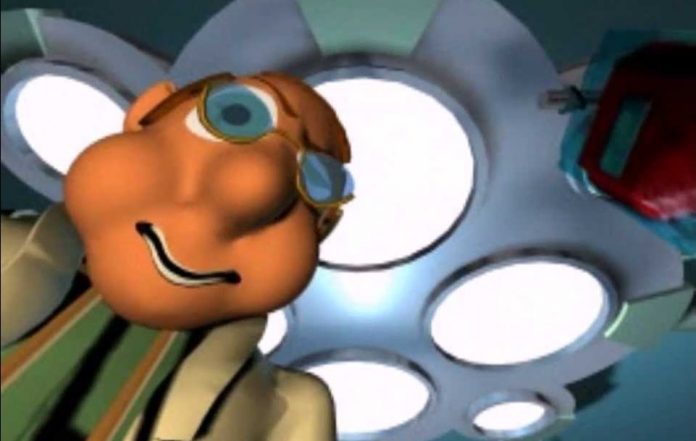 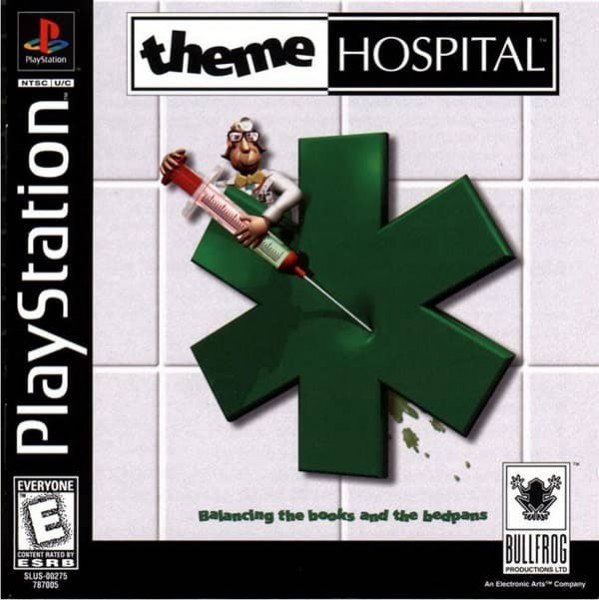 Simulation games have been around since Fortune Builder in 1984 before being popularised by the first incarnation of Sim City in ’89. Since then their subject matter has taken many forms including malls, hotels, amusement parks, flying and bus driving. Despite the many variants, there is one which, for my money, has yet to be surpassed and that one is Theme Hospital.

When Theme Hospital was first launched, simulation games had historically been targeted at older gamers with titles like Railroad Tycoon and Sim City finding popularity with the first waves of at-home gaming PC adopters. This was one of the first that, regardless of who it was aimed at, appealed to gamers across the board. The management aspects were sufficiently well-crafted to please those who understood them, while the colourful characters and environments as well as the amusing ailments appealed to younger players.

Assuming the position of newly-appointed Hospital Manager, you are asked to step in to run a shiny new medical establishment in a small town where the residents are experiencing some peculiar ailments. Each new level follows a similar path, with you taking the reigns of an empty or badly run hospital and then turning its fortunes around by hiring the right staff, building the right rooms, buying the right equipment and killing the right rats. If you’re lucky, you can claw back the reputation of whichever hospital you took over and then move swiftly on to the next one, earning a big bonus in the process.

The success of your hospital usually hinges on one or more of the same core points: earning a sufficient amount of money; developing enough cures for enough diseases; treating a high enough number of patients; and having a good satisfaction rating from your unfortunate visitors.

You then need to cater for all of the poorly patients who stop by. 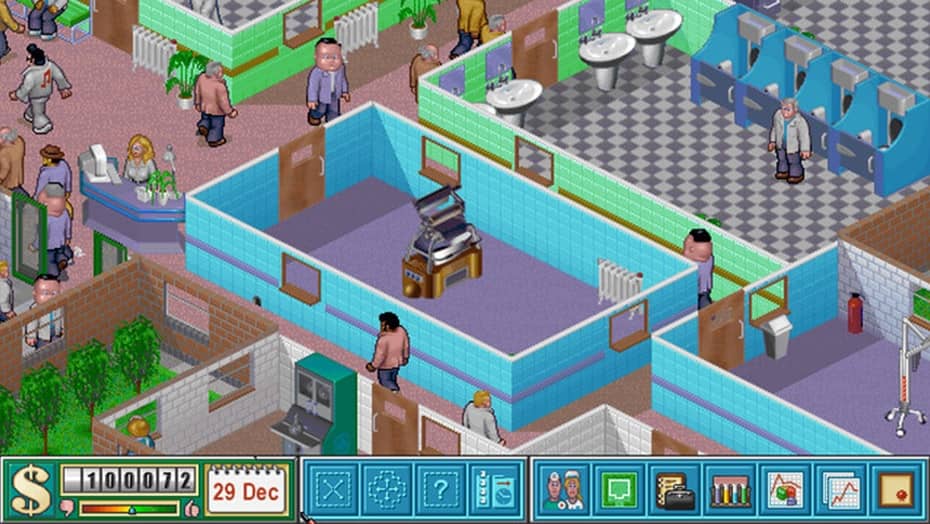 You really need to consider everything as the buildings you are placed in charge of are usually totally empty, which means you need to hire staff, build offices and treatment rooms, furnish the halls and research cures, among other things.

Before any of that; there’s no sense on operating a hospital that has no staff, so you’ll need to hire some.

All staff have different attributes. Some are as simple as “Takes frequent baths”, “Heckles poor comedians” or “Collects WW2 shrapnel” which are funny and perfectly sum up Theme Hospital‘s sense of humour, but are totally irrelevant. What you need to look for is those with work-related traits. Early on you’ll find lots of potential recruits are “Incredibly talented and able” or have a “Remarkably polite and genial manner“; these friendly folks will ensure your hospital runs nice and smoothly, with just a little guidance from you.

“The mixture of amusing graphics, intuitive interface and brilliant MIDI music… make this feel nostalgic even if you’re playing for the first time”

Conversely, as the levels become progressively more difficult the list of potential employees fills up with less qualified candidates who are “Twisted and resentful – burning up with hate” or they may be a “Foolish risk-taker who couldn’t care less“. Obviously this is not ideal, but alas, you need the help.

Once you’ve hired them, you just need to keep them happy. Trying to save money by only having one nurse when you should have three? She’ll become tired, perform badly and she’ll most probably start asking for a raise.

Oh yes, I should mention that all Doctors, Handymen and Hospital Inspectors are guys and all Receptionists and Nurses are Women, because… I don’t know… system resources probably prevented them having too many sprites or something. Blame 1997.

First off, hire a Receptionist. These are your gatekeepers and without them, nobody will visit your hospital. Luckily, they seem to have infinite stamina, so once you’ve popped them at the Reception desk, they’ll happily stand there until either you sack them, or until the end of time. Now that is commitment. The moment you place a Receptionist, your first patient will appear. Make sure you are prepared.

Once your patients start to arrive, you’ll notice that some of them will throw up. In fact lots of them will throw up and most of them will litter. There are even some will visit the lavatory on their way to the Pharmacy and die right outside the door. How inconsiderate. Combat this mess by hiring a Handyman or two. These fellas are the backbone of your hospital. They patrol the place looking for litter or vomit to clean and for thirsty plants to water.

Occasionally they’ll even fix up your machinery (like your Electrolysis unit or Jelly Vat, but more on those later) if it has become damaged through age, over-use or earthquake. You can get the most out of your Janitors by setting each one of them their own individual tasks. They can focus on cleaning, plant maintenance or machinery repair and it’s up to you to allocate their workload via a set of three dials which you can adjust. There’s only so much one man can do though, so choose how you task him wisely. Set one Janitor per task and you may end up with your cleaner on a break when a vomiting bug breaks out, causing the floor to look more like a greeny-brown swamp than a carpet. Then, because it already looks trashed, people will drop more litter. If this happens, you’ll get mice. You can try to shoot the mice, using the cursor as cross-hairs when you see them, but the speedy specimens will most likely disappear under a bench or behind a vending machine at the last second. If you manage to pick off enough of the pestilent pests, you’ll be treated to a mini-game once you complete the level you are on where you must dispatch enough mice within the time-limit inside of a hellishly dirty, empty hospital. Yet another ridiculous yet loveable part of this game.

Next, you’ll need a Doctor. After all, you can’t run a hospital without them. The first port-of-call once your patients have been to reception is the G.P.’s office. In here they will either be diagnosed with something before seeking treatment in one of your other rooms, or they’ll stump the Doctor. If that happens, you’ll need to send them for further diagnosis or send them to the research lab where they’ll be popped inside a machine, never to be seen again.

Each Doctor you hire has an initial skill level as well as the potential to learn new specialties.

These are Surgeon, Researcher or Psychiatrist. The best way to transform your mediocre medicine men into perfectly prepared practitioners is to train them. A Consultant (any Doctor of a high enough intellect) can teach a class using a Training Room. Place the Consultant in the room and he will teach any other doctors in the room, which increases their ability as well as teaching them any specialties the Consultant knows. The best thing to do is to mix and match until you have trained a Doctor to know all specialties and then allow him to continue learning until he reaches Consultant level, then have him teach the class, teaching every doctor in your hospital how to be a Surgeon, Researcher and Psychiatrist all-in-one, leaving you with a hospital full of super-docs on super-low wages.

These extra skills are necessary to allow your Doctors to perform special tasks. Only Surgeons can operate on people, only Psychiatrists can work in Psychiatry and Researchers… well, you get the idea.

Basically, without these skills, you can’t run a successful hospital.

Last but not least, we have Nurses. Nurses are just as important as the rest of your team as they provide all cures that need to be dispensed from a Pharmacy (such as those for Invisibility or “The Squits”) as well as manning the Ward/s and dealing with Fractured Bones, of which frequent epidemics occur.

This is where Theme Hospital‘s humour really comes into play. 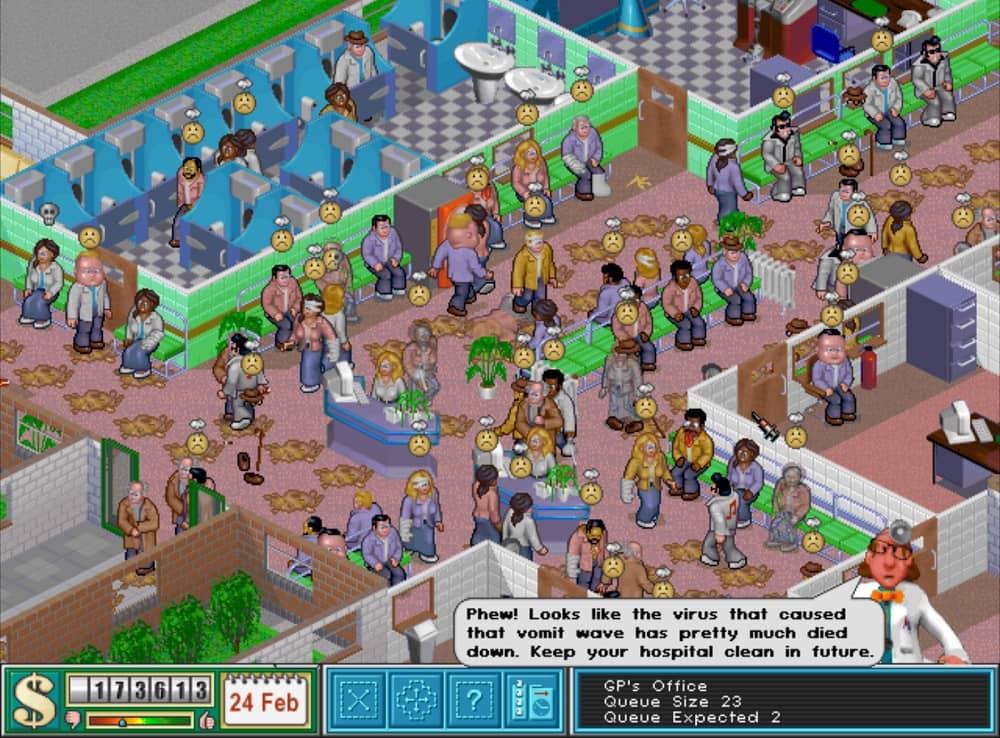 Some patients will come in with Slack Tongue, caused by talking too much about soap operas. Others might have Alien DNA as a result of “probing” or they may be covered in unsightly hair from head to toe and need to be zapped in the Electrolysis clinic. Watching the poor, unsuspecting patients wander into the Tongue Slicer and enjoy the cartoonified (not the Instagram filter – In 1997 most people didn’t even own a mobile phone) action that accompanies that machine, is joyous. So too if there is an outbreak of TV Personalities and you end up with 20 people dressed as Elvis sat in the corridor awaiting their turn on the couch.

This tongue-in-cheek approach has even been taken when you fail a level. You’ll be treated to a short video, ending with a newspaper headline explaining that you were caught in one of several possible “compromising positions” such as selling hospital supplies to make a quick buck. Of course, this can be avoided if you achieve your objectives and have the right equipment to treat each illness you may encounter. For the first half of the game you are only likely to encounter a handful of ailments, but as you near the end you’ll have to cater for every possible condition and sometimes exhaust all diagnosis methods before you can find a cure.

But why is this so much fun? How can a game with such 90’s graphics, FMV sequences and MIDI music possibly engage you so thoroughly, within moments of playing? It’s a simulator, much like Sim City or Rollercoaster Tycoon, so what sets it apart from these other titles? I’d put it down to the attitude of the game. Sim City requires you to set everything from the ground up. Quite literally, in the case of water pipes. It takes an age to get going, there’s a ton of things to go wrong and if you’re successful, you just end up with a big city, there is no “end”. Theme Hospital separates itself by giving you the keys to a freshly opened hospital and within seconds of hiring your first Receptionist, you’ll have a case to work on, so quick, better hire a Doctor to diagnose them and a Nurse to treat them and a Handyman to tidy their litter/stomach contents. Once you’ve done that, things keep happening to draw your interest, whether it’s an Inspector’s visit, a Rat infestation or an outbreak of Infectious Laughter (Not you, the patients – Though quite possibly you as well) to cure. This same feeling where something is always going on and where everything is connected, every action having an effect on your progress, means you are constantly tweaking how things are running which is what becomes so addictive. You’ll feel a bit sad when your first patient doesn’t pull through because you’ve managed so well to keep everyone else alive and you’ll be determined to stop it from happening again. 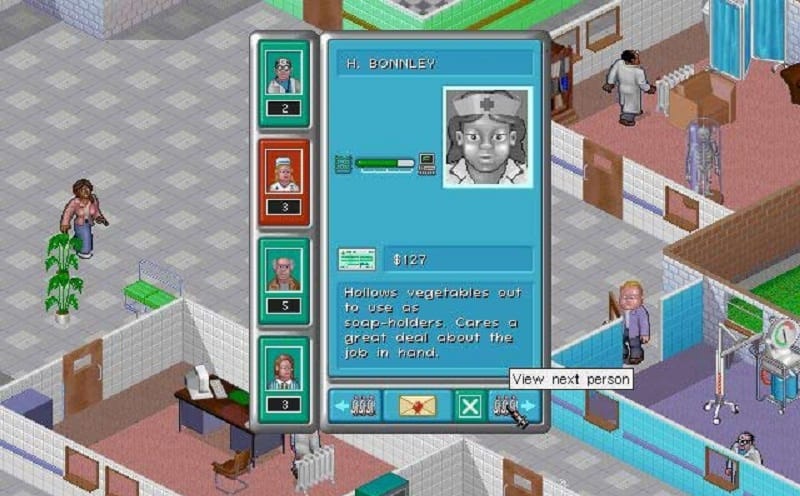 It’s the mixture of the amusing graphics, intuitive interface and the brilliant MIDI music tracks which you’ll be humming or whistling for weeks, that make this feel nostalgic even if you’re playing it for the first time and these are just a few of the reasons why Theme Hospital is so brilliant. If you’ve never played it, I’d definitely recommend picking up the PC version. The PS1 (also available on the PS3 store as a PS1 Classic) lacks the music tracks a well as some other features which leaves it a distant second place to the superior PC version. If you have played it: Play it again!

Do you agree? Do you think Theme Hospital deserves the praise I’ve heaped upon it? What’s your favourite part? Let us know in the comments section.