“Magical creatures are escaping from Tol Barad! Play a minion and get a random spell of the same cost, but for free!” It’s the Tavern Brawl for 16-21 March: Battle of Tol Barad!

A favourite of mine, Battle of Tol Barad, is back for its second time; a constructed Tavern Brawl where players are given a free spell for the cost of the minion they just played. One of the best tactics for this Tavern Brawl is to have plenty of high-cost minions to receive the most expensive spells for free. The trouble with that tactic is your opponent can very easily rush you down before you’re able to gain any momentum. This Tavern Brawl can be difficult for newer players, but as the idea around Battle of Tol Barad is so simple and it carries that random nature with it, I still believe newer players can win against veterans here. 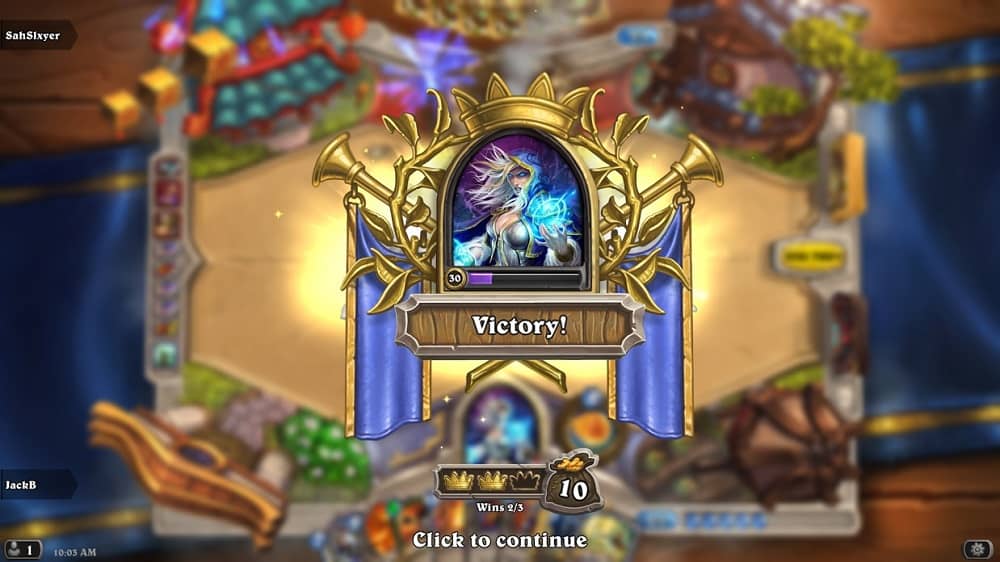 I went with Mage, as will many. I built a deck containing lots of synergy with spells along with some spells to keep control of the board. Not only that, but went for lower cost creatures in the hope I would come up against a player using only high-cost creatures. I first came up against a Paladin and luckily started with two Mana Wyrms in my hand giving me early board control. By using the zero-cost spells I had, I was able to successfully buff them up pretty well. Through using a Blessing of Wisdom on one of them and having a Flamewaker on the board I was in a fantastic position and already had the Paladin down to six health by turn four. By turn five the Paladin conceded as I already had lethal. I think this Paladin went with what I was hoping to come up against: lots of high-cost minions for the best spells. Luckily for me, I had such a quick start that I was able to kill him before he gained any momentum. Victory is mine!

Tavern Brawl’s first win gives you a free pack and, as always, I was given useless cards once again! Maybe one day I’ll write about the really good legendary card that I packed. Hopefully, your free pack won’t be as useless as mine, or maybe we’re all stuck in an endless loop of bad packs waiting to get that legendary. Maybe you’ll get one one day. Maybe not today. Maybe not tomorrow, but soon and for the rest of your life.

What decks did you create for the Tavern Brawl this week? Share your builds in the comments below!