“The Tavern Keeper foretells a fateful brawl! You and your opponent discover random fates that affect you both!” It’s the Hearthstone Tavern Brawl for 2-7 March, Deal Your Fate.

In Tavern Brawl, the matches can be crazy enough that a new player can easily beat a veteran at the game, and it shows off a lot of Hearthstone’s deck variety and mechanics as well. For this week’s Tavern Brawl players will have to create their own deck for Deal Your Fate, which is a shame as pre-built Tavern Brawls are always the most fun. In Deal Your Fate, on their first turn, both players are given a choice of four cards to choose from. These cards are Fate cards and affect both players; those effects last for the entire match. I chose to receive armour at the start of each of our turns. 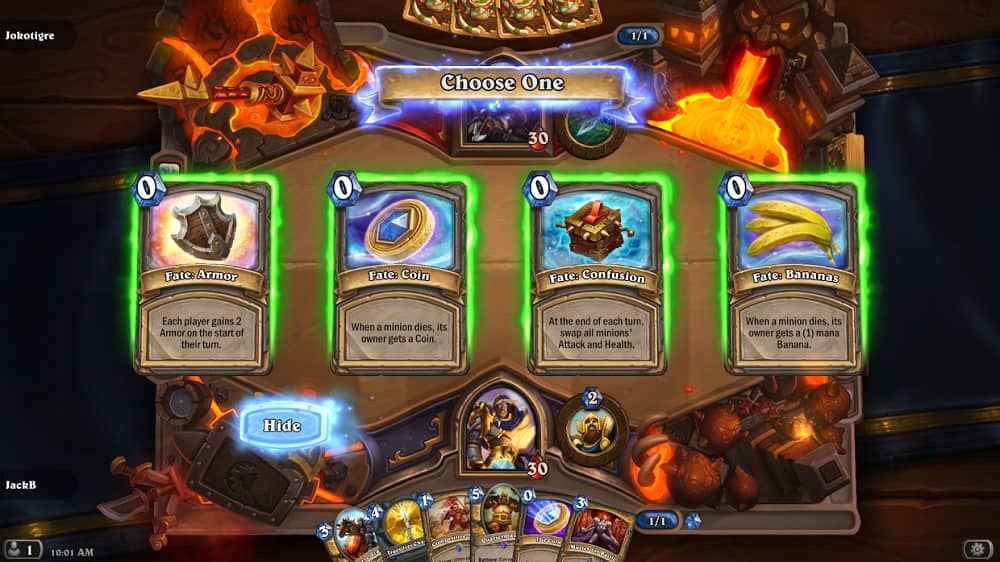 As you can see, a card like “Fate: Confusion” could have completely changed the outlook of the match. The rule this week could potentially make every match feel completely different depending on which fates are chosen, which is a neat idea I must admit.

For this Tavern Brawl, I created a Paladin deck with a lot of synergy with my hero power, a good strategy for Paladin decks. In my first game, I faced a Hunter using a lot of secrets and eventually, towards the end of the match, the Hunter began to run out of steam, giving me complete control of the board. At one stage of the match, the Hunter was given a choice of another four cards for their fate and I honestly don’t know why. The Hunter conceded at the end of my next turn anyway as I had complete control and lethal next turn.

For winning your first Tavern Brawl match of the week, players are rewarded a free classic pack – another reason it can be great for new players. This is what I got in mine – but as a regular player most are useless to me as I own them already. 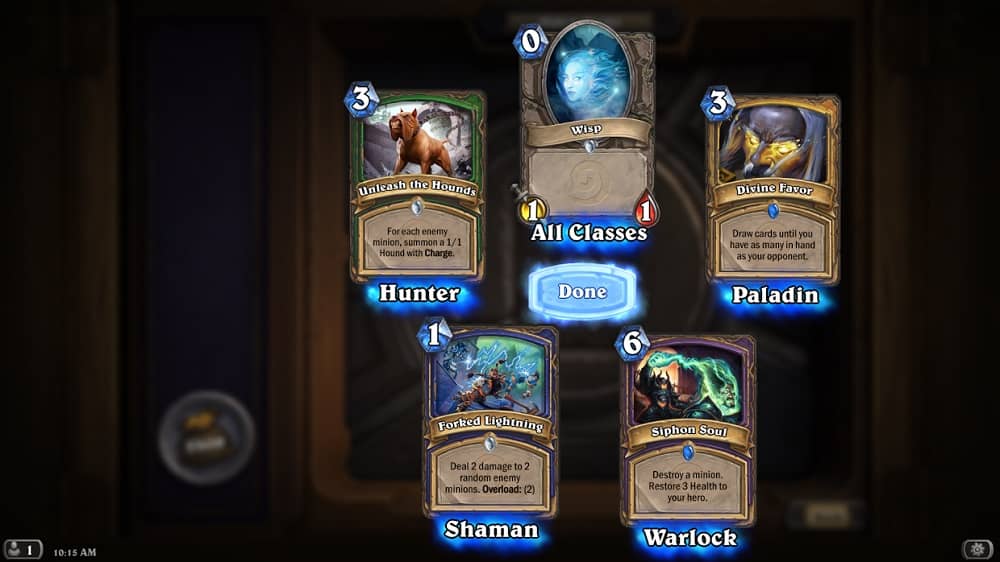 Are you joining in Hearthstone‘s Tavern Brawl this week? Share your ideas on what you would build by commenting below!