“An encounter at the crossroads… under a manastorm! Choose a class, get random cards. Each turn your cards’ costs are randomised!” It’s the Tavern Brawl for 9-14 March, Randomonium!

Randomonium makes its return for the third time in Tavern Brawl; a great Tavern Brawl for new players as it’s a pre-built Brawl meaning you don’t have to worry about making a deck yourself. Not only that, but the random nature of the cards given and the card cost change allows for some crazy scenarios to happen to really give new players a feel for what Hearthstone can do.

This week I started off as a Warrior for Randomonium in the hope of getting a card like Varian Wrynn with a relatively low cost. There is an extreme added bonus of luck this week, meaning I could end up with a terrible random deck, or the luck of the card costs are not in my favour. I came up against a Shaman, who was able to play Neptulon on turn two, ouch! Luckily Neptulon causes overload, meaning next turn all Shaman would not be able to use 3 of his mana crystals, so all they could do was hit my character in the face, and I could prepare to kill Neptulon next turn. 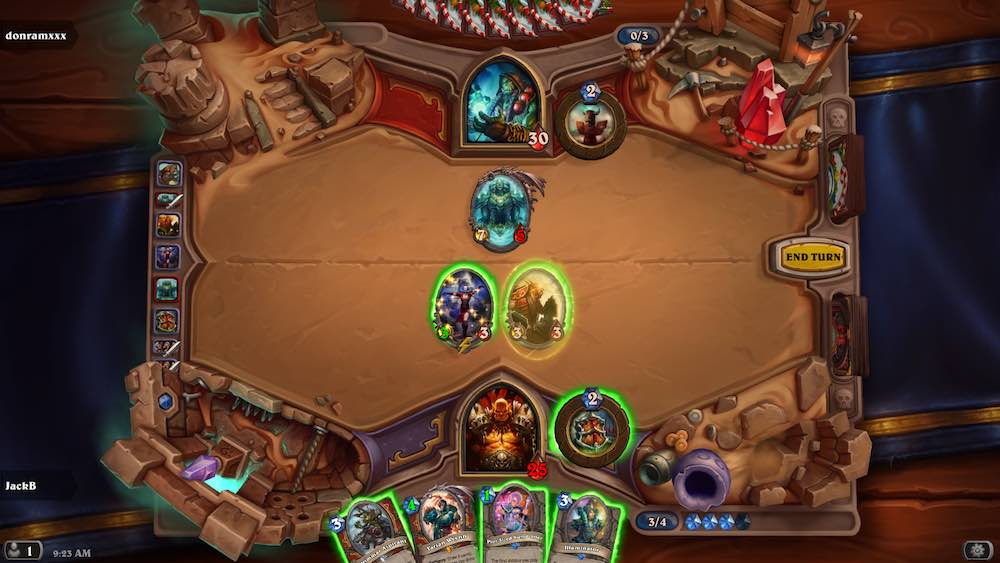 I took Neptulon down with a little help from Slam, then, you know how I said I hoped I could get Varian Wrynn with a low cost, well, on my next turn I had a one-cost Varian Wrynn to play, goodie! Varian brought out three minions, lucky me! That turn, I ended up with a full board, but Neptulon had given the Shaman some nifty Murloc cards to combo together. However, I destroyed the Shaman’s entire board and his Murlocs which resulted in them conceding on turn six. Go me!

For winning your first Tavern Brawl match of the week, players are rewarded a free classic pack – another reason it can be great for new players. Unfortunately for me, my legendary – pun intended – luck with any game ensures that every pack I get is worthless – but hopefully yours won’t be!

Will you be entering the Tavern Brawl for Randomonium? What cards were you able to play early on that won you the game? Comment below and join the discussion!