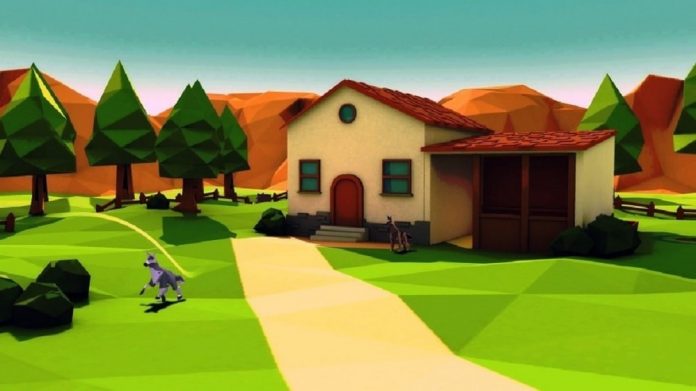 If there’s an emptiness inside of you that can only be filled with an animal herding simulator, then I may have a game recommendation for you.

Unfortunately, if you’d like the game to also be interesting and not just something you can pick up for a few minutes when you’re bored, I’m not sure that this is the best choice. Herding Dog is a charming game with a few enjoyable elements, but it also lacks a lot of gaming fundamentals.

Herding Dog tells the story of a dog who lives on a farm with his owner who has recently become ill. It’s up to the dog to keep the animals on the farm in check while his owner recovers. The world of Herding Dog features a geometric landscape; the hills and valleys are a sort of 2D/3D hybrid, reminiscent of the boxy look of certain games in the early 2000s, but with a modern flair.

The landscapes of Herding Dog are quite plain, featuring a few trees here and there, or perhaps a bridge or sand hill, but mostly the levels are flat greens. Sometimes, because of this strange landscape, I found it hard to discern whether I was going up or down. A few of the levels are also located on what look like floating islands surrounded by a single fence that the dog can easily jump over and fall to his death. I’d be lying if I said I hadn’t tried. In order to move the dog, you click on a spot on the map and he goes directly to that spot. If you hold down the left mouse button, the dog follows in that direction. The controls are quite simplistic, but could have been improved by simply allowing the player to use the arrow keys to move the dog around instead. It can be quite frustrating when playing on a laptop with a trackpad. There is also an arrow constantly pointing you in the direction of your goal, be it an animal or an item you need to pick up. This made the game a little too easy, as the map isn’t very big. 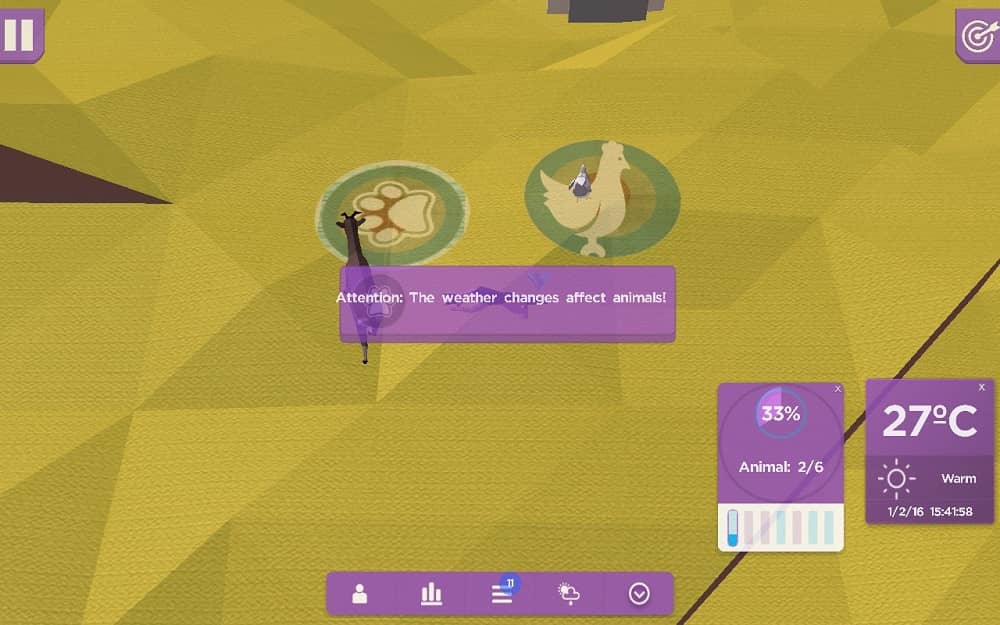 The majority of the gameplay in Herding Dog consists of what you think it would – herding animals. Each animal in the game has a trait that is unique to only them, causing you to have to herd them a specific way. For example, goats always go the opposite direction of where you would like them to. This makes it so you almost always have to lead them in the opposite direction of the goal. Chickens, on the other hand, will follow you everywhere you go making them very easy to catch. The goal is to lead each animal to the large bullseye located somewhere on the level. These bullseyes aren’t surrounded by fences of any kind, but the animals do magically stay in that spot after you get them there. In fact, they spin around in circles until the end of the level. I have to admit, I quite enjoyed watching three or four goats spinning wildly on the bullseye while I went to find the rest of their goat brethren.

When it comes to character design, I quite enjoyed the way that all the animals looked. The dog is adorable, and looks just like the kind of dog I imagine farmers use to help herd their animals. The pigs were the only animal that were a bit unrealistically boxy – more like Minecraft pigs than real life pigs. The colourful animals looked particularly out of place in the bland landscape, but it is possible that this was deliberate in order to make the characters “pop” more on screen. Despite the animals having a pleasant design, they don’t exactly move realistically, and this game is not without its fair share of bugs. More often than not, rather than running away from me, the animals would twitch away from me. Multiple animal seizures were witnessed as they glitched through the ground and buildings. There is even a level where you have to steal coconuts from crabs (weird I know), and the crabs were literally flying through the air. 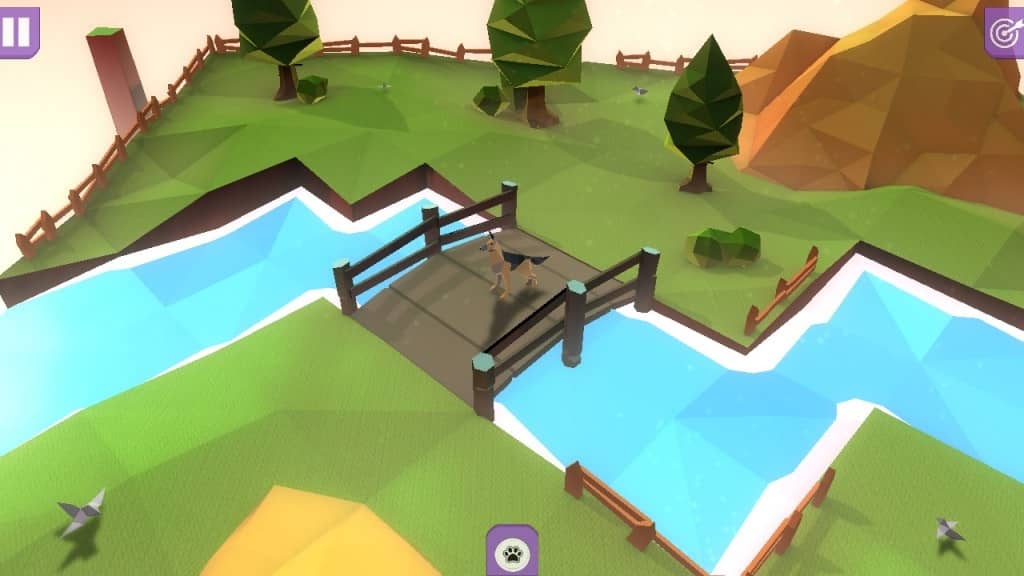 There are a few good things about Herding Dog that I have yet to mention. In a few of the levels, there are predators that you have to defend your animals from. There are wolves and foxes who nip at the butts of your precious animals, and if you don’t make it in time they can be killed. You are still able to finish the level without collecting the animals that died, but you receive less points. In order to stop these predators, you can bark at them using right-click to scare them off. There is also a bullseye in the level where you can trap the predator and then freely go about finishing the level. In another area where you have to defend a sheep from a wolf, I barked to scare off the wolf and the sheep got the crap scared out of it too – literally. The sheep crapped itself. I got a great laugh out of that. The predators add a challenging element to the game, making it not just about herding your animals but also protecting them from harm. Herding Dog also features a level where you have to defend your cows from UFOs. A strange sci-fi addition to an otherwise realistic game, but still fun nonetheless.

Herding Dog was definitely a fun game to play casually, and I’m sure I’ll be picking it up again the next time I need a bit of gaming-related relaxation time. Its premise is interesting, but it lacks in more than a few places for me. The setting and landscapes are a bit boring, and the lack of a story, other than the farmer being sick, really had me wondering what the point was. It’s a particularly cute and simple game that might kill a bit of boredom, but it’s certainly not something worth shouting about.

Herding Dog is available on PC.