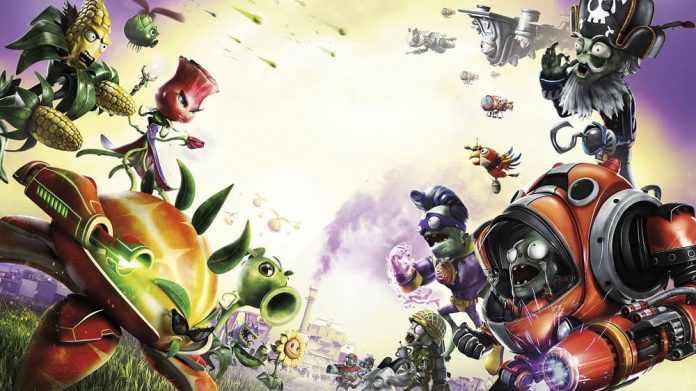 Starting out life as a simple 2D tower defence game for the PC in 2009, the Plants vs Zombies franchise struck a chord with gamers worldwide and is now pretty much a household name.

The first thing that strikes you when you boot up Plants vs Zombies: Garden Warfare 2 is just how beautiful it looks. Like the first game, every moment playing Plants vs Zombies: Garden Warfare 2 sees the screen awash with colour, only this time everything is much more detailed with character models standing out in particular for being excellently realised. What truly impresses though is just how smooth it runs, managing to maintain a fantastic 60fps in nearly all situations which really lets the gameplay shine through.

Doing away with the bog standard menu system from the first game, Plants vs Zombies: Garden Warfare 2 always throws you into the Backyard upon launch – a hub world where you can access all the game’s modes and features, or simply have a bit of fun playing around. Whilst I found the Backyard quite pleasant, with all relevant portals and options grouped together quite nicely at either side of the map for each faction and a nifty terminal to switch between the two instantly, many players may miss the immediacy of a standard menu system enabling them to get things done that bit quicker. In the end though, it’s likely to just be a minor annoyance, as Plants vs Zombies: Garden Warfare 2 is simply bigger and better than its predecessor in nearly every way otherwise. 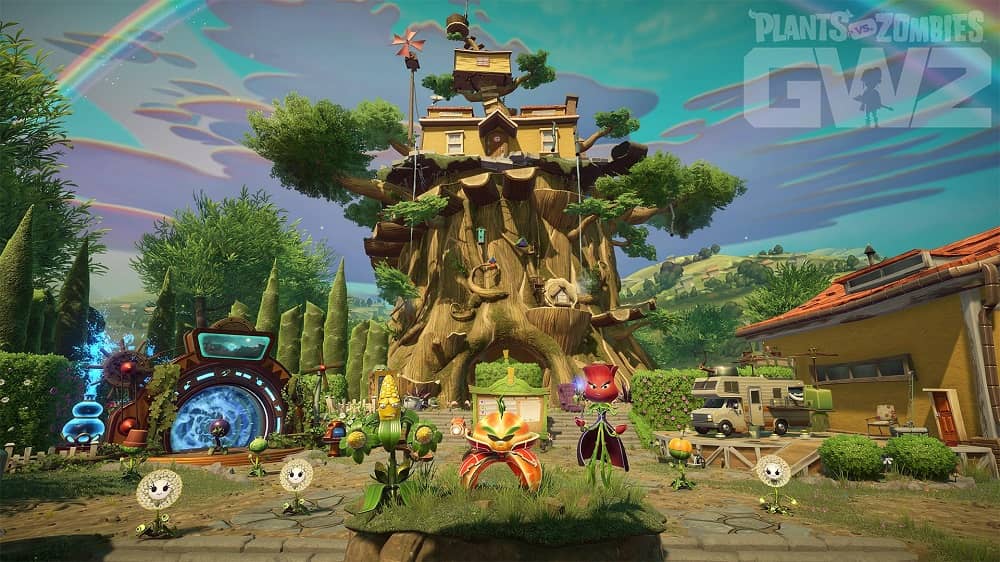 In terms of modes, pretty much everything from Plants vs Zombies: Garden Warfare returns for the sequel. As such, you’ve got the wave-based Garden Ops focusing on tower defence as well as all the strictly multiplayer offerings including Team Vanquish (team deathmatch), Suburbination (Battlefield’s Conquest Domination), Gnome Bomb (similar to Battlefield 4’s Obliteration), Gardens and Graveyards (akin to Battlefield’s Conquest and Rush modes) and last but not least Vanquish Confirmed (think Call of Duty’s Kill Confirmed). With all that in mind, Plants vs Zombies: Garden Warfare 2’s new offerings may be considered slim pickings, consisting of a zombie equivalent of the Garden Ops mode called Graveyard Ops and a new multiplayer mode called Herbal Assault, which is basically just Gardens and Graveyards but with the plants on assault. What’s also included though, putting to rest some of the criticism of the first game, is a solo game mode which sees you doing a number of quests for each faction.

Whilst the Plant and Zombie solo campaigns are nothing much to write home about, consisting of little more than a few shortened Ops matches, brief missions in the backyard and a boss fight or two, they do at least offer a nice diversion from the other multiplayer-focused game modes on offer. Unlike in the original Plants vs Zombies: Garden Warfare however, all previously online-only multiplayer modes can now also be played solo with bots, making the game much more of a rounded package for those that don’t want to face off against real people to get their kicks. It doesn’t just stop at that either, as fans of local multiplayer can also play the game with up to three of their friends either competitively or co-operatively in split-screen with full access to all game modes, although unfortunately you can’t play both in split-screen online. 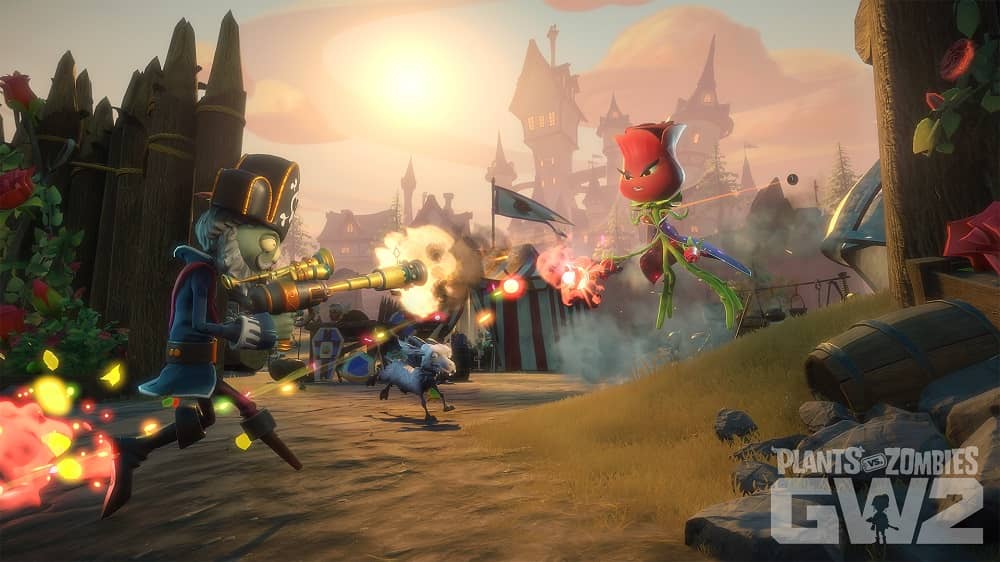 There may have been a shortage of actual new modes added to Plants vs Zombies: Garden Warfare 2 but it doesn’t really matter; the gameplay is so balanced and engaging that you won’t really care. In fact, Plants vs Zombies: Garden Warfare 2’s real long-term draw will come from developing and customising your favourite plants and zombies (of which there are six new classes) in order to improve their abilities and make them look unique. Many unlocks may be obtained by spending stars – awarded for completing quests selectable from a board in the backyard – to open chests, but most will be unlocked by spending the coins you earn throughout all game modes to buy various packs of cards, just like in the first game. Whilst this sounds like a system set up for the purposes of pushing micro-transactions, don’t worry, the game is quite generous with its coin pay-outs meaning it never takes long to amass a decent pile.

Plants vs Zombies: Garden Warfare 2 is available on PC, Xbox One and PS4. We reviewed the Xbox One version.