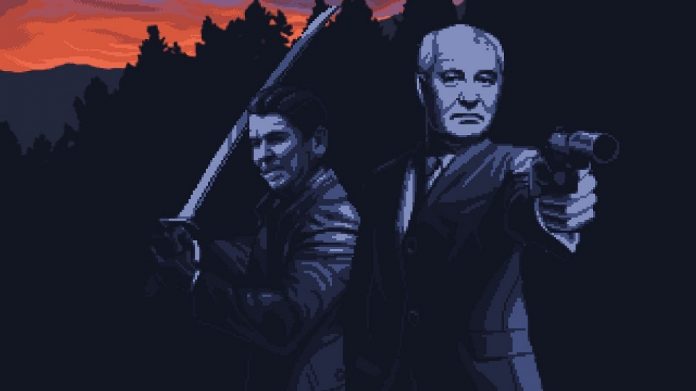 Reagan Gorbachev is a game based on the Cold War. Ah, the Cold War. The battle between democracy and communism, the tense and symbolic split between East and West Germany, Gorbachev’s proficiency with a poisonous blowdart and Reagan’s skill with a bastard sword. Wait, no, that can’t be right…

Reagan had a katana. There we go.

Reagan Gorbachev is a game that sees the player control the two world leaders. They have been taken prisoner and are the subject of various experiments – that is, until they escape and work together as unlikely allies, tearing down walls of bad guys. The story and dialogue are quite good, actually. I enjoyed the dry humour. It feels like dialogue ripped straight from a cheesy, retro shooter or buddy-cop movie, and anyone with some knowledge of the political scene in the 80s will appreciate the quotes and references strewn throughout. The developers had fun with the idea, and it shows.

The gameplay is serviceable, but nothing particularly special. Gorbachev attacks from a distance and hacks doors, while Reagan attacks with a melee weapon and gathers keys. The idea of a single player co-op title is intriguing and opens the door for pretty creative puzzles and combat scenarios, and Reagan Gorbachev mostly satisfies in this regard. Switching between the two characters using the right bumper felt natural after a while, although it does take some getting used to. 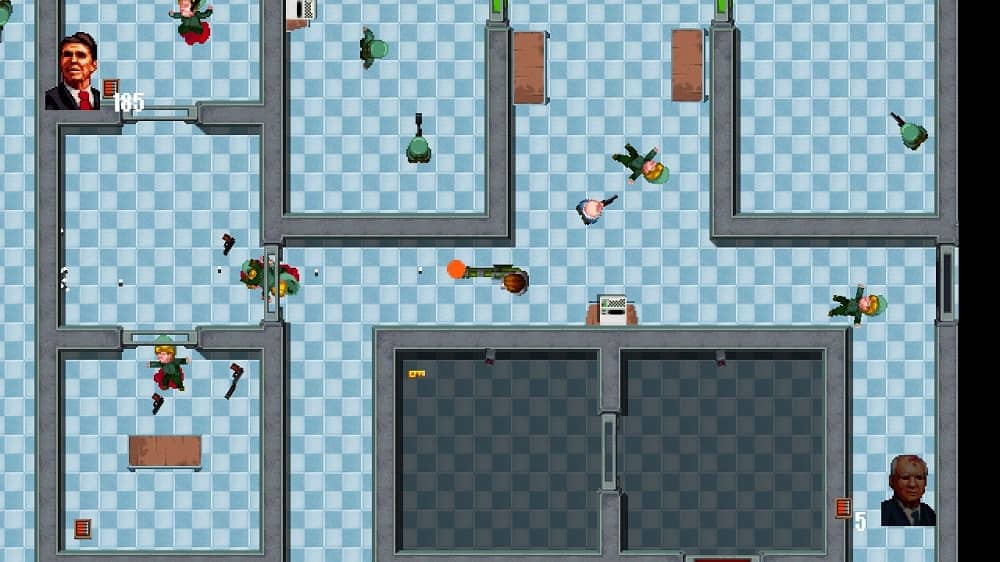 The issue lies in Reagan Gorbachev‘s similarity to Hotline Miami. The commonalities are undeniable, from perspective to gunplay to the pumping (albeit less manic) retro soundtrack. While being inspired by a game isn’t an issue, when it’s as obvious as it is here you welcome comparisons, and Reagan Gorbachev simply isn’t as good as Hotline Miami; it isn’t as tight or as thrilling to play. The gunplay just doesn’t hold up, despite the inclusion of the novel co-op system. It felt sluggish and far less satisfying than its psychedelic muse.

This leads to a much more intricate discussion regarding the validity of such comparisons in reviews. One might argue that I ought to look at Reagan Gorbachev in a vacuum, eschewing all prejudices or comparisons. But, as I said, when inspiration is this obvious I believe it to be fair game. Reagan Gorbachev kept reminding me of Hotline Miami, and so that’s where my mind naturally went. Just look at the screenshot below–at the patrolling guards, the corpses, the guns strewn about. And beyond the aesthetic is the simple fact that this is a top-down shooter wherein one’s movement through doorways is of vital tactical importance. It is, at its very core, a love letter to Hotline Miami. But it just isn’t as good.

Visually, Reagan Gorbachev again evokes Hotline Miami, with some vital differences. In Hotline Miami character details were difficult to parse; everything was pixelated and jagged. Depending on your preference, Reagan Gorbachev is either an improvement on this aesthetic or a step back, with characters and backgrounds looking smoother and more hand-drawn. I didn’t mind the look of the game, but the backgrounds are as bland and forgettable as an East German military ration. I also thought the animations could have used some work. They were decidedly low-rent, usually with only two or three frames of animation. The game’s Ouya origins certainly show through in this regard. 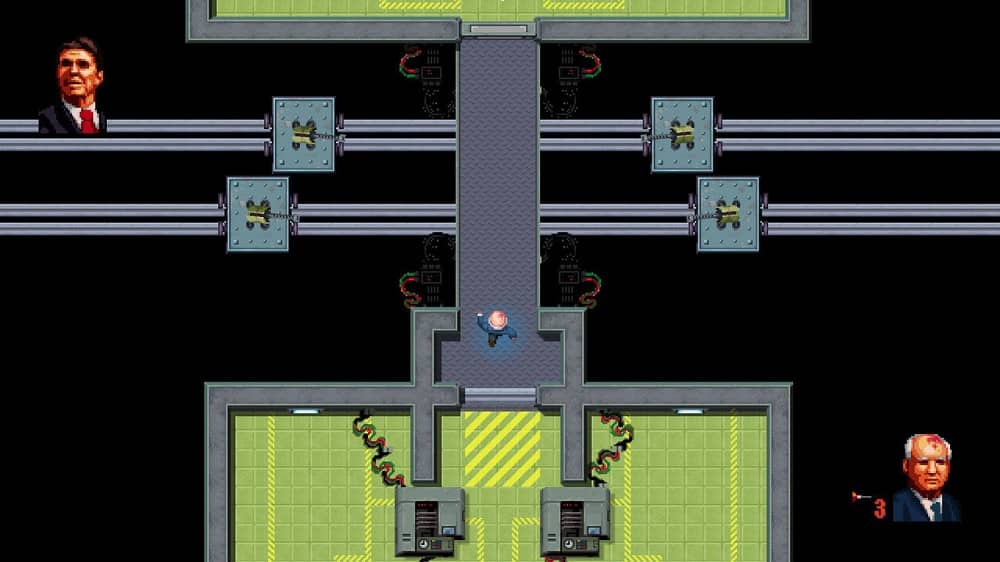 Something the game does right is encourage speed-runs via leaderboards, which can be tricky given you’ll be switching back and forth between Reagan and Gorbachev quite often. It presents a satisfying challenge for anyone into that sort of thing… but I’m not. So while attempting to complete levels speedily could increase the fun a great deal, it also highlights that this game is for people who are looking for a challenging arcade-style game that is not particularly deep.

Reagan Gorbachev undeniably has character, and really runs with its absurd premise, delivering a decent arcadey Hotline Miami-like. But while it delivers thrilling moments, it disappoints in a few key areas, presenting a game with a bland aesthetic and relatively shallow gameplay. It offers some enjoyment in the form of its tongue-in-cheek story, but if you’re looking for more depth than score chasing, you may not find it here.

Reagan Gorbachev is available on PC and Xbox One. We reviewed the Xbox One version. 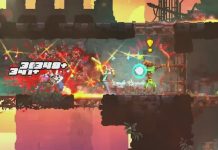