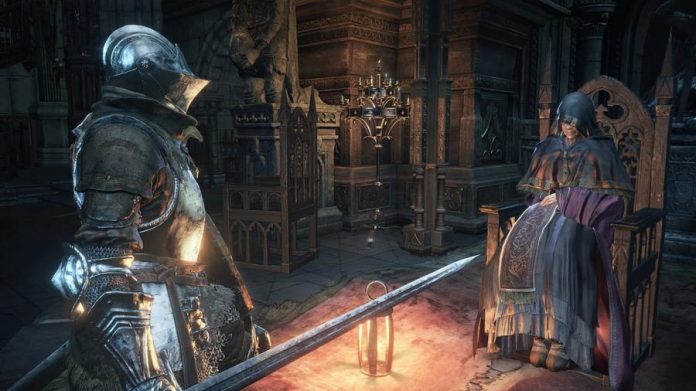 Dark Souls 3 comes out on 12 April in the west, and one of the key driving forces of the Souls series is the idea of risk versus reward. You push forward in search of the next bonfire when your health supplies run low, make a daring leap to reach that piece of treasure, or simply try to get that extra attack in against a gigantic foe. Some might even refer to these kinds of games as masochistic.

In XCOM: Enemy Unknown, Firaxis saw that the sense of urgency was lacking. It was too easy to play the game safely by slowly moving our soldiers forward inch by inch and cover to cover. For the DLC Enemy Within, they introduced the element of risk in the form of Meld. This was a currency required to unlock some of the fancy new upgrades for our troops like bionic legs or mechanised suits. Meld canisters had timers attached and if you wanted to claim their benefits it forced you to play outside that comfort zone. You had to risk the lives of your soldiers and change your priorities which brought much needed urgency to the turn-based strategy. XCOM 2, by contrast, has timers everywhere. This drives the action forward, constantly challenging the player to be decisive and put their faith in their oh-so-fallible troops.

“You push forward in search of the next bonfire when your health supplies run low, make a daring leap to reach that piece of treasure, or simply try to get that extra attack in against a gigantic foe”

One of gaming’s current most popular genres is the MOBA, which have seemingly usurped the throne of MMOs in terms of player base and time spent playing. MOBAs are inherently about taking risk. Every time you attack a player on the opposing team, you are taking risk. Every time you try to dive under a tower or fight over an objective, we risk the ire of our team-mates should things not go to plan. The reward can be pushing your team to victory, but pushing that button to initiate a time fight or lining up that vital skill-shot is objectively about the rewards of victory and what you risk by losing. Watching the momentum of a game shift after a mistimed ultimate can be crushing, but the elation of victory makes that a worthwhile proposition.

We’re programmed to take risks both in games and in real life. It’s why we might purchase lottery scratchcards, for example. We weigh the benefit of riches and the range of games against the initial outlay. The inner belief that we are somehow special or that we might just win drives us on to make these decisions. Whether consciously or not, we’re constantly making judgements and weighing the odds of our success. Buying a scratchcard isn’t a thoughtless act; it’s a calculated judgement and we decide that the possibility of success is worth the risk of participation. Winning by random chance isn’t fun but winning because we made a decision that pays off is key to our enjoyment.

“In some ways, even the act of buying a game can be considered a risk… the question we ask before any purchase is: are we going to be getting our money’s worth?”

In some ways, even the act of buying a game can be considered a risk due to the price. The question we ask before any purchase is: are we going to be getting our money’s worth? This is one of the reasons gaming websites exist. The aim is to offer consumers an opinion that hopefully they can trust before pulling the metaphorical trigger. As writers we can help mitigate some of that risk in purchasing decisions, but risk and reward as a part of games is a vital component that makes them special and unique from other forms of media. Having agency is only worthwhile if we’re able to push it to the limit.