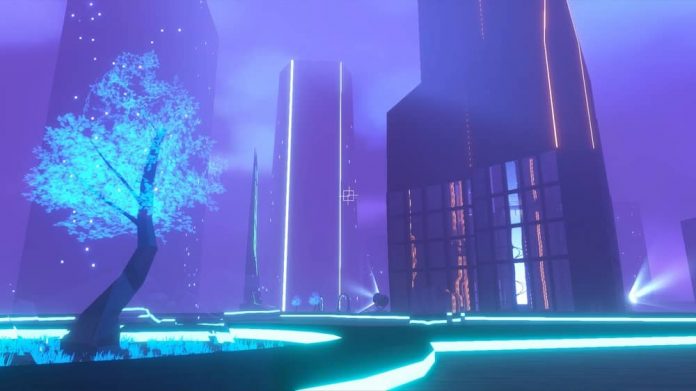 There’s something to be said about esoteric, formless, almost alien experiences in art.

Abstraction has been a concept that artists have played with since… forever, and Soul Axiom is no exception. It toys with light and dark, odd, angular shapes and absolutely no narrative direction whatsoever – and it just about gets away with being a great game, too. I love abstraction in art; I enjoy exploring the inner mind of some artist I’ve never known, and Soul Axiom is a decent addition anyone’s Steam library for that very reason.

In Soul Axiom, you’ve signed up to a service whereby you upload your soul to a cloud service, containing your memories, thoughts, fears as well as your loves and hates. You are imported into this odd, dark neon world where you get to explore all of this and see your past unfurl before you. From the opening 30 minutes of game time, you are given just a small scattering of narrative morsels to make sense of the world and your place within it, not too much to completely explain the mystery away but just enough to get you going. The game begins by introducing locations, sights and sounds relative to the player’s past being placed into random dark obscurity. It feels suitably confusing, too, exploring the sights and structures but this is how the game establishes and erects an identity with these little piecemeal details of your character’s former life. It’s a unique premise to the story as well as an interesting way to develop it, as it unfolds around you via the grand medium of environmental story telling. You’re never stopped, forced to watch anything, or have walls of dialogue rammed into your gullet; you wander the weird and wonderful world of your own soul and just absorb the atmosphere; you learn more as you go. But of course, not everything is as it seems…

Soul Axiom‘s visuals are what really pull you into the experience and sells the aforementioned soul service. Your character’s mind is mapped out ahead of you, making liberal use of neon lights, bright flashes of colour; all set against a homogenised abyss of dark blues and blacks. There is a stark, beautiful sci-fi contrast at play and it’s a mighty enveloping feeling. Whether it’s stepping into a grand but bleakly dark valley, with only brief pockmarks of colour to mark your path ahead, or jumping off a blue neon train into a sprawling urban metropolis, punctuated by neon lit skyscrapers against a blackened sky, the visual design of Soul Axiom is really astonishing. A little grating at first, but astonishing nonetheless. There’s some beautiful use of angular shapes and abstractions of square, cube-like forms, which really made me think a lot of Doom actually, another angular, jagged work of genius whose disdain for the straight line is visible through all the levels of both Doom and Doom II.  The sudden flecks of bright blue against solid blackness is a little odd at first, and it feels as though the game has glitched out on you but actually, perhaps that’s the point. As I said, you’re not supposed to take everything as a given here in this world. Somehow, somewhere, it’s a broken place, and the cracks are visible all around you. 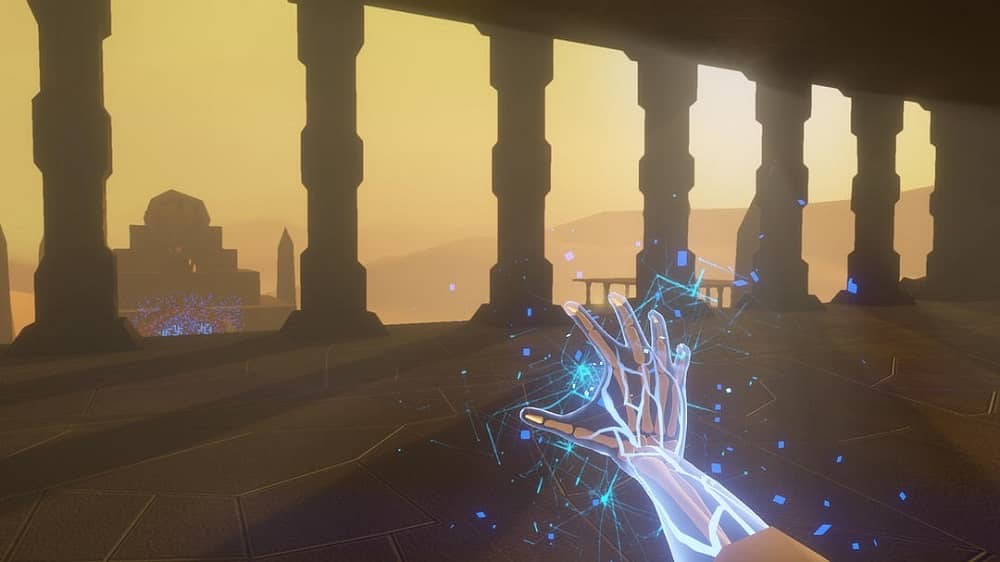 Aside from visual storytelling, the action of Soul Axiom moves forward in the form of puzzles. Your avatar will collect various hand powers that help you shift obstacles and help you manipulate the world around you. Early on you get the ability to “phase” objects in and out of the game world, and using their spare pixels to “phase” different objects into existence. Okay, so it’s pretty basic, and as you move through the game you gain more powers but it’s a nice way of putting you into the environment around you and connects you up to the game world rather nicely. Sure, it’s simple, but simplicity can be handled in a classy way and I think that Soul Axiom does a great job with something pretty barebones.

There are little snags along the way, such as the obnoxious loading screens with the corporate entity featured in the game world, which is kind of an attempt to make narrative sense of loading screens inside the “server” of the game, but they’re a little too obvious and it would have been nice to have hidden this a little better under the auspices of a computer program. Sometimes traversing the oddly shaped, esoteric terrain can be a little ropey as you can get trapped on rocks and some of the more jagged terrain can feel a little janky – but really these are mere nitpicks.

Soul Axiom is a an attempt at a puzzle based “walking simulator” that doesn’t entirely fall on deaf ears – the abstract tone and interesting cyberpunk sci-fi aesthetic resonate well, and the game operates as a reasonably robust exploration of souls and computer programs. Its simplistic design may throw you off, but I think that works in its favour, and really what carries you through is the brilliant visuals and the premise of a story hidden somewhere in that world. I’d give Soul Axiom a go. I had a great time traversing this weird world; hopefully you do, too.

Soul Axiom is available on PC, Xbox One, PS4 and Wii U. We reviewed the PC version.