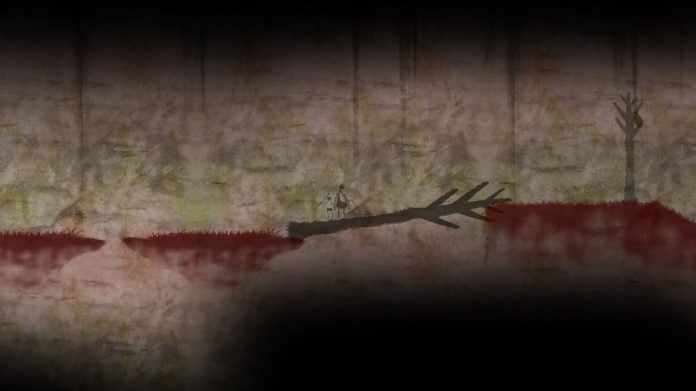 Combining the elements of light action and puzzle mechanics while set against a Stone Age backdrop, Stone Tales follows the adventures and trials of two brothers on their quest to become the greatest warriors their tribe has ever seen.

Though uninspiring with its story, its unique twist on the typical gameplay style is enough to attract interest for this neat little entry.

Starting off gently, you’re first introduced to the key controls of the game, taking command of two separate Stone Age tribesmen, each with a varied skillset. The first is your muscle, armed with a shield and capable of defending themselves against spears and wildlife with the added ability to topple down trees to bridge an unmanageable gap. The second is your warrior; smaller but more agile, armed with a spear to take on each foe as they come. The controls for both vary ever so slightly. The muscle jumps at a hit of the “w” key while the warrior responds to the spacebar with their attack/defence abilities triggered respectively by the right and left click of the mouse. At first it’s odd why they have separate controls, but once you you get past the introductory level, you must command both characters simultaneously while navigating them both safely through the hazardous level design filled with countless obstacles requiring different strategies to be overcome. Initial impressions came with a risk that this was merely just another puzzle game that has been played time and time again, but the challenge of commanding these two characters at the same time adds a unique element to the gameplay, making Stone Tales an unusually refreshing and enjoyable experience.

Though their attack and jump controls differ, both tribesmen’s movement and direction controls remain the same. Both travel together across the map and though this may at first seem like it would reduce the amount of challenge to the game, you’d be wrong. In fact, it enhances it. If the tribesmen get separated, you have to use the environment to get them back together, or change their formation when up against a more challenging foe. For example, if the Warrior is stuck at the front, they have no defence against an attacking predator, or if the gap between the two gets too large, jumping across chasms becomes far more challenging. The level design is structured accordingly to allow for these manoeuvres but it’s up to the player to work out how to use it to their advantage. It’s remarkable how such a small change to the gameplay style can create a huge difference when compared to other games of its genre. 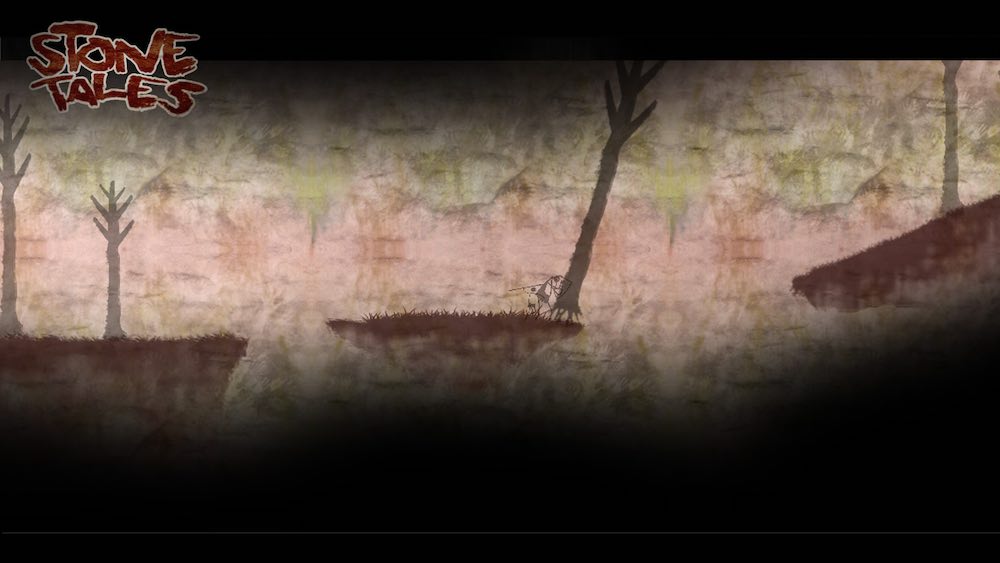 Checkpoints are generously scattered across the level, acting as revive points and there is also a “reload” function in the pause menu to take you back at command should you ever get completely stuck on a puzzle. This does make the game considerably easier, especially when there are no lives or time limits to pile on the pressure, but at the end of the day this is a simple and charming puzzle game designed to be easy to digest within a couple of hours.

Stone Tales‘ gameplay is further varied by both solo and duo missions. Each of your tribesman gets levels of their own that are tailored more specifically to their skillset, and whilst these levels are fun, it has to be said that the challenge is far greater and the puzzles more rewarding when the two of them are together. However, it’s interesting to play again as the warrior on his own when he is completely exposed to enemy attacks. The gameplay becomes much more dynamic and fast paced when you don’t have the protection of the muscle, relying more on your own speed and responsiveness rather than careful navigation across the map.

The game’s graphic design is again something to be admired. Its simple and stripped back approach fits perfectly with the Stone Age era using the aesthetic style of cave drawings that though lack vibrant colour, give the game much more character. It’s hard to imagine any other graphic style doing justice to Stone Tales, and anything else would otherwise feel very out of place with what the developers set out to achieve.

It doesn’t break too far away from the usual structure of the generic puzzle game genre, but Stone Tales remains a charming little addition, with a perfect art style and a slight variation on gameplay to make things a little more interesting. It’s a very easy game to get hooked on for a few hours; getting filled with sheer determination to see your tribesmen to safety. Stone Tales might not offer much in the way of longevity, but it’s certainly worth dedicating a few hours to.

Stone Tales is available on PC.