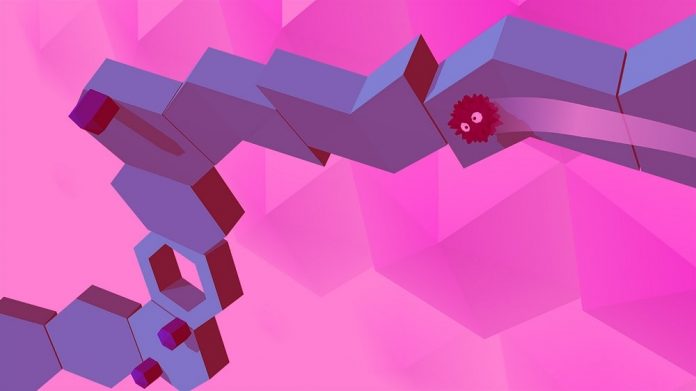 When this is the entire point of a game and when that game makes it nearly impossible to do this, things can get frustrating. Tiltagon is a unique take on this get-ball-to-goal arcade genre but it was hard to look past its insane difficulty to see the great game elements underneath.

Tiltagon is a challenging arcade-like game where it is your goal to guide your ball across different obstacles to get to the end of the level. Each level you are suspended in the air on top of octagonal platforms. Almost every platform is different in some way: the first level, for example, has moving platforms, platforms that are sloped on the edges, and platforms with holes in the centre of them. This adds a lot of difficulty to an already nearly impossible game, to the point where it took me more than 50 tries to beat the first level alone. If you couldn’t tell, I am still incredibly salty about the whole thing.

Visually, Tiltagon is a fantastic looking game. You can tell that a lot of thought and effort went into the design. There are tons of ball customisation options to make your ball look different including a skull, rainbow, and my favourite – a Pokéball. The background of the level is white, with coloured shapes blinking in and out while you fight to reach the end of the level above. The game’s high frame rate is really noticeable and makes it so that the graphics of the level look very smooth and crisp.The other part of Tiltagon that I really enjoyed was the music. After I rage-quit a few times (okay, every five or so minutes), I would just leave the game on so I could jam to the soundtrack. Its dubstep/electronica vibe really had me wishing that I could purchase it somewhere and play it in the background while I’m doing my dishes. 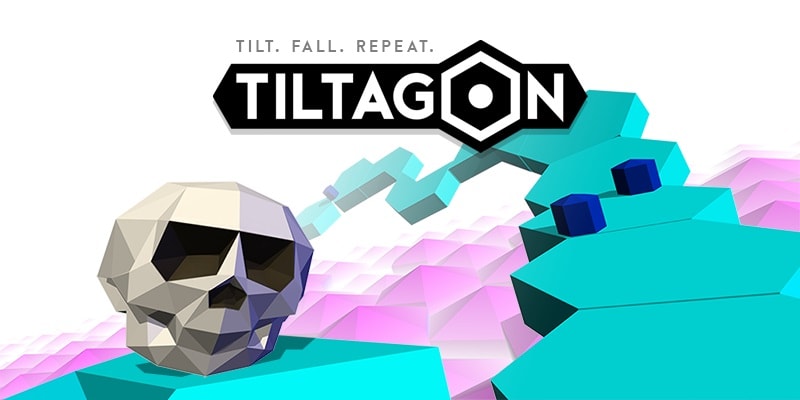 What really disappointed me most about Tiltagon was its intense difficulty. I went right into it thinking that it would be an enjoyable challenge, but it really only caused me distress and anger. I thought that this, of course, could just be me being not very good at the game so I had three of my friends try and not one of us could beat the first level after many tries. After what felt like my hundredth attempt, I found myself wondering why someone would create a game that was so difficult from the very start that their players couldn’t even enjoy the rest of the game. I would have recommended that they ease the player into the game allowing them to get used to the speed and the obstacles that they would encounter gradually instead of all at once.

Tiltagon does have one redeeming feature that I discovered after giving up on the main game, and that is Endless Mode. In Endless Mode, you attempt to move your ball from one platform to the next, collecting as many cubes as possible until you inevitably fall off. This mode was much more enjoyable to me and is probably the only thing about the game that will have me coming back to it and playing it again. Tiltagon also features Steam leaderboards so you can challenge your friends to see who rage-quits first… er, I mean who can get the highest score. 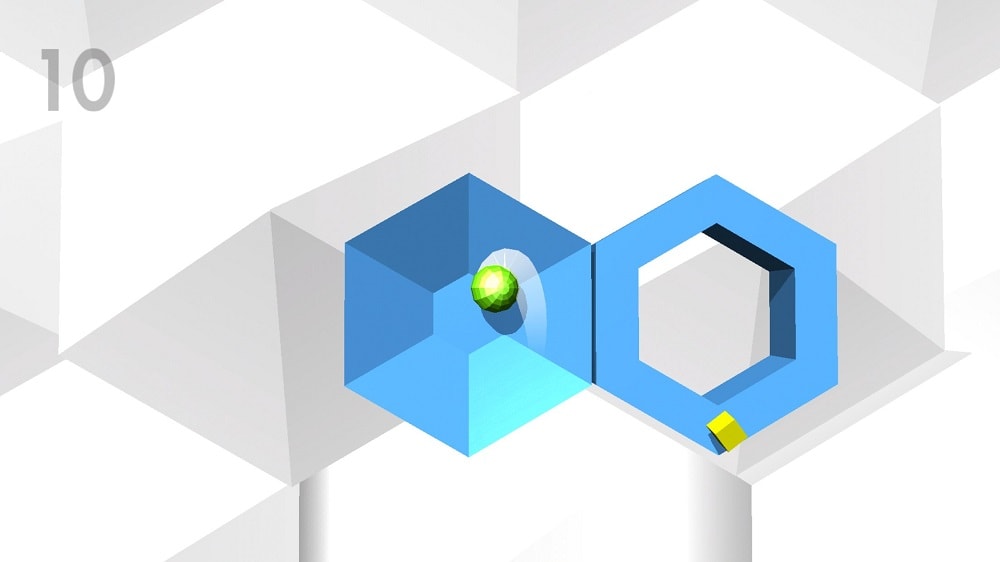 So, I think it goes without saying that Tiltagon isn’t one of my favourite games. On paper it’s a really fantastic game with a fun concept and beautiful graphics but when you get into it, its difficulty is just too hard for the average player. The endless mode does give a few moments of fun to the player in between the frustrating main levels of the game, and is really where Tiltagon shines the most. It is also available on iOS or Android for free. In the app version, you use tilt controls to move the ball and I actually really enjoy it this way. If Tiltagon looks like a game that strikes your fancy, I’d recommend skipping the PC version and going with the app instead.

Tiltagon is available on PC and iOS/Android. We reviewed the PC version.