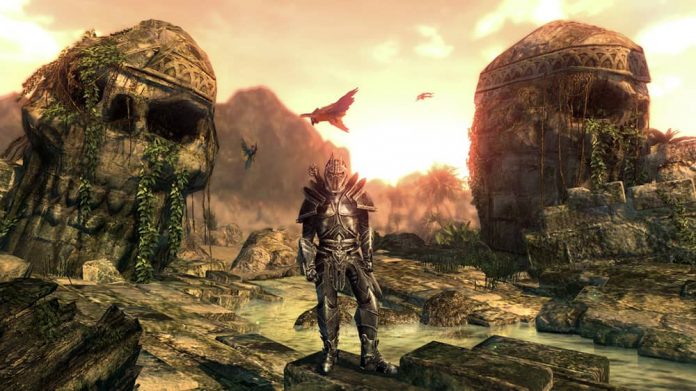 Topware Interactive have finally announced that the third game in their open world RPG series, Two Worlds, has begun development. The previous title, Two Worlds II, may have been released over five years ago but will also be receiving two new DLCs this year, Call of the Tenebrae and Shattered Embrace.

Two Worlds II will also be receiving a “major update” to its current engine in preparation for the DLCs. The engine upgrade will unfortunately, but understandably, not be available on the Xbox 360 and PS3 versions of the game. Releasing on Steam and Linux ,the upgraded engine promises a “much higher level of character and landscape detail, an HD-GUI, co-op multiplayer, and lots of new in-game features and upgrades”. It is unclear whether the first DLC, Call of the Tenebrae, will be available on consoles but will release on PC at the end of Q2 this year.

The DLC will focus on the hero’s return to Antaloor and witnesses DarPha’s – a romantic interest from the base game – death. “The killers are a never-before-seen tribe of hideous, rat-like creatures known only as “The Chosen”, who control a mysterious, powerful new magic! Their genocidal plot threatens every living creature in Antaloor, and it’s up to the Hero to find a way to stop them!”

Although if you are not particularly interested in DLC for an almost six-year old game and would rather just have a new title, you may be waiting a while. While Two Worlds 3 has been confirmed, it is only in the concept stages of develpment and is scheduled to continue over the next 36 months. We are not likely to see its release until late 2019 – almost a decade past the second.