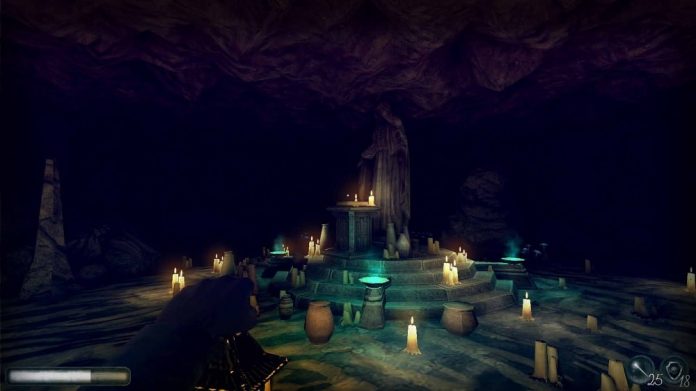 UnderDread is a first-person horror game where you must brave fearsome monstrosities and solve puzzles to find your missing child.

Oh, and in case you didn’t notice that Slender Man Origins 2 Saga for iOS looks suspiciously similar, it’s actually one in the same. Except renamed and made for PC and, you know, doesn’t include Slender Man.

UnderDread takes place a few years ago in an unfamiliar town. You and your daughter stop over for the night during your travels at a seemingly pleasant settlement. You wake, startled in the night, to discover your precious little Lisa has vanished and none of the locals know where she, or the other missing children, have gone. Luckily a detective is on the case and he’s headed toward an abandoned castle to continue his search. Like a righteous father you decide to follow after the detective to brave the horrors within to find your darling child.

I’ll address the elephant in the room here before I delve into anything. First impressions of UnderDread make it hard not to compare it to Amnesia: The Dark Descent. But just to point out, Bigzur have probably heard the comparison so many times now that it seems insulting – but they shouldn’t take it as such. When consumers compare your work to one of the most successful indie horrors of all time I’d consider it a compliment. The art-style and game design alone are enough to link such comparative thoughts, despite different engines, but twin these with minor details – such as the fact our protagonist holds a lantern in his left hand – you can see from where such speculation was birthed.

So, as always, let’s start with the fuzzies. As is typical when dealing with the Unity Engine, this game is really good looking. In fact, that’s what attracted me to review it in the first place. Like an angler fish in the deep, dark ocean. I’m forever the stubborn exception to the “don’t judge a book by its cover” rule; if I’m not attracted to the cover I don’t pick up the book unless it’s been recommended, and the same goes for video games. The pictures drawn to escort the loading screens are also a nice design: simplistic and sketchy but not messy. 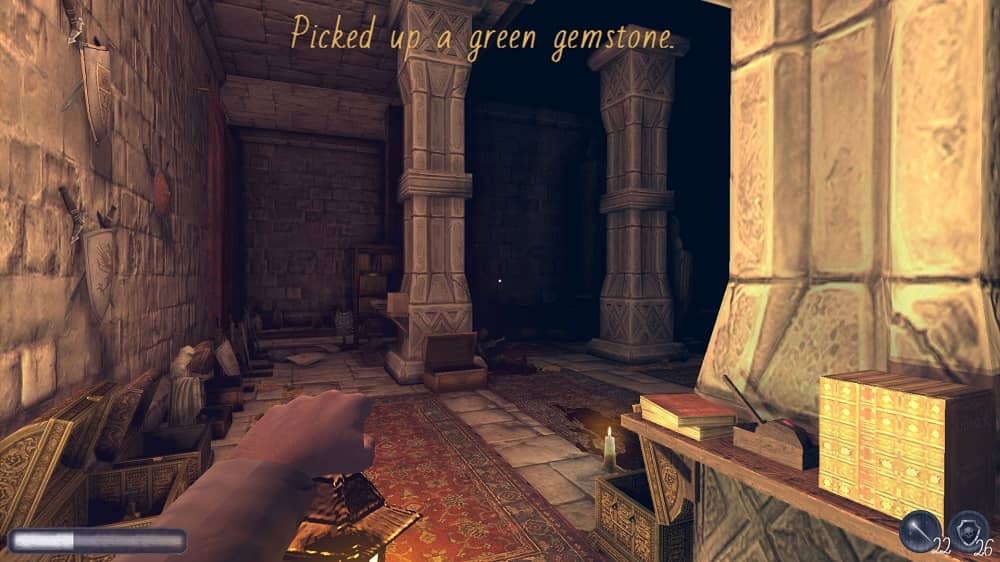 Another thing I was very impressed with was its fluidity. Considering my experience with a lot of past indie titles, I was surprised to deal with consistent framerates and to see these didn’t drop through trigger volumes or loading scenes. The movement of the wraith I found particularly pleasant, considering its feet, or whatever its skinny body is attached to, never touches the ground. The only time I noticed stuttering was in the movement of the lantern’s swing and how our protagonist always seems to move an extra half-step. I know, that sounds very particular but once I noticed it I couldn’t stop noticing it.

Where sound is concerned, the music was ambient and fitting for such a game. It wasn’t obnoxiously spooky or inappropriately loud and it definitely added another layer to the atmosphere. However, when it came to the sound effects I felt the complete opposite. When starting up, the default settings for SFX were way too loud. Whether this was an accident or on purpose, it seems a definite oversight on Bigzur’s account and immediately threw up a red flag in my mind as to the type of scares UnderDread would be relying on. It was also disappointing to see more of an effort wasn’t made on the individual noises, i.e. opening drawers sounds exactly the same as opening a cupboard.

This is where things start going downhill for UnderDread.

The puzzle-solving, though fairly smooth and straightforward, is typical and simplistic. Despite one or two puzzles requiring the player to actually consider their actions, it’s hardly taxing. Of course, in times of impatience, you can just spam the ‘F’ button and let the game tell you the way.

There was also something funny that happened with collected notes. Whether other people experienced this issue or not, I don’t know, but it seemed like I picked up twice as many notes as what actually made it to the journal. On a pickier front, it also bothered me that the correct physics weren’t applied to certain objects, i.e. when a stone gargoyle falls from a pedestal it looks more like it’s made out of Styrofoam than half-a-ton of concrete.

My first big issue is with the writing. Shocker. Though the voice acting is great and the audio is nice and crisp, it’s a thorough shame the concept idea and script are so flat. I know that you can’t spend forever on setting the story but it can be done more precisely. For example, despite losing his daughter our protagonist didn’t actually seem very distraught at waking up to find her gone. The wording makes it sound very mechanical, like our hero’s reading off the back of a microwave meal packet instead of figuring out what happened, and when it came to description it all seemed too sparse, i.e. waking up to “some noises”. 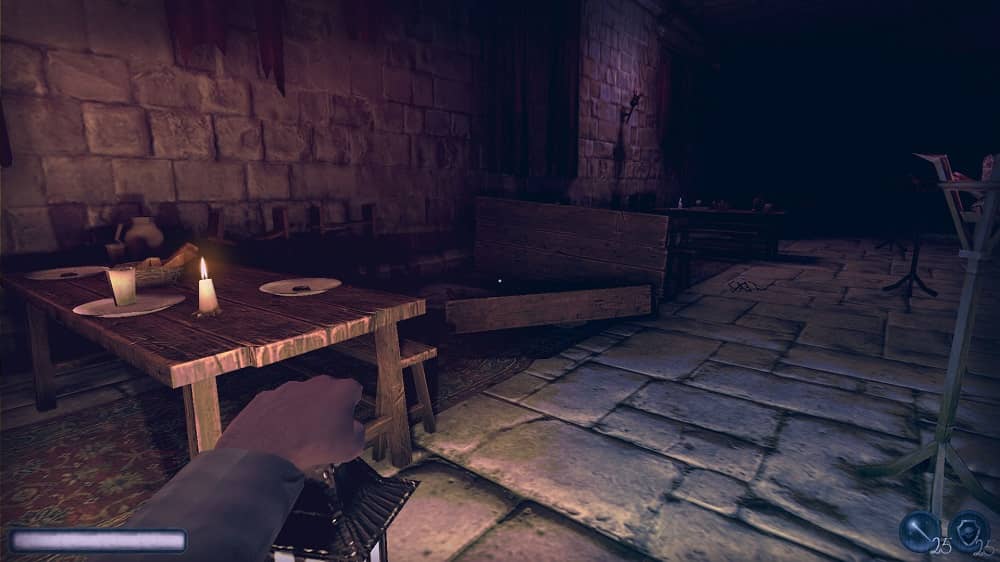 Even the journal pages which, despite its clichéd nature in the genre, generally fills in the blanks and helps build up a sense of place, situation or backstory, were lacking. Instead all we received were vague rambles of a madman and the same mechanical writing of this faceless detective who just so happened to leave notes around the place describing his every thought. I just want to kick something for how frustrated I am for Bigzur. At worst, when a game falls flat if it has good writing and a good story it can manage to clamber a few more rungs up the review ladder. Had they invested more time into these factors, this could have been a different result for them.

The second major issue, and this was the final nail in UnderDread’s coffin for me, is its dependence on loud noises to create a scare. I cannot emphasise enough how much this aggravates me in horror games, indie or otherwise. A compilation of atmospheric noises and physical triggers is acceptable, desired even, but throwing out loud noises or flashing images to get a fearful reaction is just lazy. The silly thing is, when I was playing I had no idea whether I was just facing the wrong way every time there was a sudden burst of sound, they came so randomly. The same goes for a scene in the second area. I opened the doors of a bloody cupboard to find a skeleton inside and suddenly some sort of ghost, or demon, or deranged woman, appeared on my screen and was then gone without anything happening. If there was a purpose to that jumpscare, I completely missed it.

UnderDread has a few things that make it enjoyable, but more things that make it tedious. Whether Bigzur are experiencing such issues because of the crossover between iOS and PC, I don’t know. Even if it was released on another platform, I think they jumped the gun a bit on this one. Had I reviewed this game as an Early Access product I would have been more understanding about the negatives, but as it is a fully released, purchasable game, I’ve had to give my opinion without a safety net, and it is a damned shame.

UnderDread is available on PC.