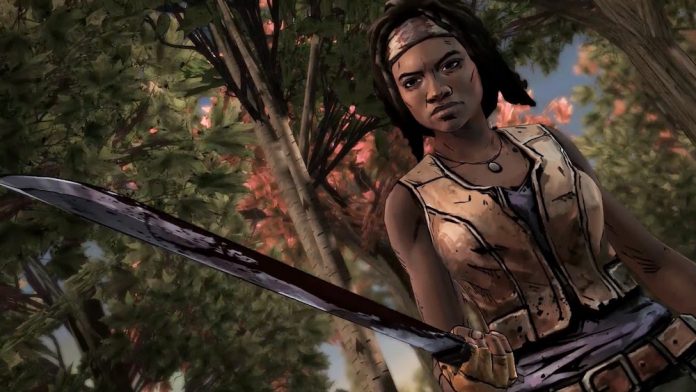 Telltale’s introduction to this new Walking Dead mini series is as top-notch as every series that they release (with the exception of Minecraft: Story Mode – sorry kids).

Michonne: Episode One – In Too Deep shows its players how vulnerable strong female characters can become and reminds us all that in the world of The Walking Dead, people are always scarier than zombies.

Each time Telltale Games comes out with a new series I always think to myself, “There is no way they can top themselves this time,” and yet somehow, they always do. The Walking Dead: Michonne – Episode One, entitled “In Too Deep” is no exception. This Walking Dead mini-series tells the story of Robert Kirkman’s comic book character Michonne during the period of her timeline when she decides to stray from her long established group to deal with the ghosts from her past. Those who are fans of the comic book will be all too familiar with this time period, while others, who are fans of just the video game or the television series, may not be.

If you are not familiar with a Telltale game, the mechanics are composed mainly of dialogue choices and quick time events. When it comes to dialogue, players are given four choices on what they’d like their character to say and they have a short period of time to choose one, or remain silent. The choices you make will affect how the game plays out both immediately and in subsequent episodes, but just how game-changing these choices are remains to be seen: previous Telltale games have given the illusion of choice, but in reality your decisions rarely affect any major plot points. With quick time events, a button flashes onto the screen, usually during a combat situation, and it’s up to you to press that button on your controller as quickly as possible to avoid a bad result. It is these two gaming mechanics that make up the majority of every Telltale game, but they still manage to keep each one exciting and different. 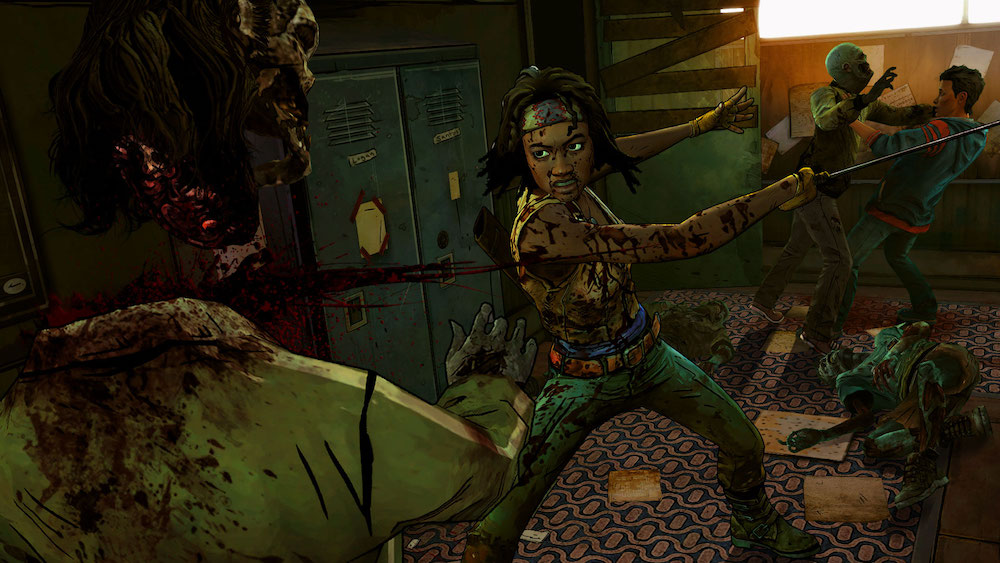 In Too Deep throws the player into the action right away, giving them no time to prepare for the cruel and emotional turmoil that usually ensues soon after you start a Telltale game. The introduction of the episode focuses mostly on reminding the player how the QTEs work, but also introduces where Michonne is emotionally during this part of her timeline. You jump straight into the game to find Michonne distraught, hallucinating, and contemplating suicide while haphazardly fighting off a horde of walkers. After her terrifying episode, she is found by an unknown man, later introduced as Pete, a fellow survivor of the apocalypse, looking for others to join him and his group. This is where the game really starts.

To avoid any spoilers, I won’t go into any of the details of the story, as story is the main focus of these episodic games, but In Too Deep has a way of pulling the player into this new world right away while also not revealing everything, giving you the freedom to discover a lot on your own. Soon after the introduction, you’re given free reign to wander around and speak with the new characters to get to know them a little bit. Of course, things can’t stay peaceful and fun in this zombie-infested world for very long, so it’s not long before you’re thrown into the first of many conflicts. It’s up to you to decide where to go, who to trust, and when to act rather than stay silent.

Other than being a great introduction to this new mini-series, the QTEs have been greatly improved in The Walking Dead: Michonne compared to previous entries. In every Telltale game until recently, QTEs would usually consist of one quick button press or one button that you have to press multiple times, but during a few of the combat scenarios in Michonne you are given multiple buttons to press in quick succession of one another. I absolutely love this change, and think it adds to the drama and urgency of the events. The game’s soundtrack is eerie and evocative, featuring a beautiful intro song by the band Wolf called First Aid Kit. Samira Wiley, the voice actress for Michonne, who many will recognise from her performance as Poussey Washington from Orange is the New Black, also performs fantastically. 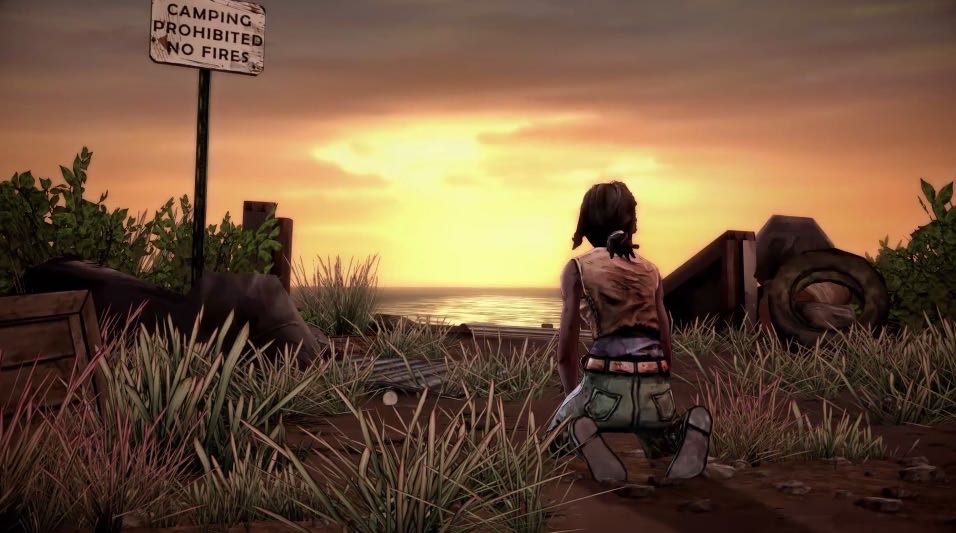 I never have many negative things to say about any Telltale games because I truly think that their way of storytelling and character development are superior to any other. I have never sobbed more than when I played as Clementine in the main The Walking Dead series or laughed more than playing as Rhys in Tales from the Borderlands. It is worth mentioning, however, that Episode One of The Walking Dead: Michonne was a little short in terms of actual play time. I completed the episode in around an hour, and that was with desperately trying to take my time and look at everything. As soon as the episode got to a huge climax, it was over, making me of course immediately want more, but also leaving me a little disappointed that I didn’t have more time to get invested in the new characters.

The Walking Dead: Michonne – Episode One: In Too Deep is a wonderful introduction to this new mini-series by Telltale Games. Michonne is a hugely popular character in both the comics and the television series and it is clear why Telltale chose her as the protagonist for the series. Michonne should be a great filler between seasons two and three of the main The Walking Dead series and I can’t wait for the next two episodes. Fans of the comic books will surely love this addition to Michonne’s story, as it gives a glimpse into what went on during her disappearance in the comics. Others will enjoy it for its easy to learn gameplay, terrifying post-apocalyptic world, and its cast of unique characters.

The Walking Dead: Michonne is available on PS4, Xbox One, PC, PS3 and Xbox 360. We reviewed the PC version.