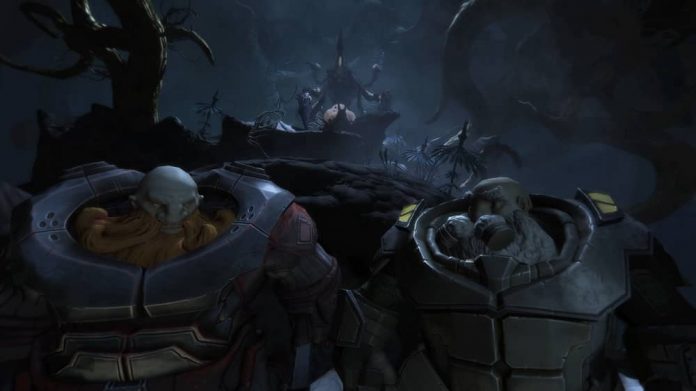 The first hour I spent playing We Are The Dwarves, I died about 40 times. Not even exaggerating. I hadn’t made it out of the third level before roaring like a wounded bull and ragequitting for fear that I might smash up my lovely keyboard in anger if I had to play any longer. “This game is awful”, I thought.

The next day, I booted up We Are The Dwarves again and had another go. After about five minutes I realised that I was enjoying myself. You see, the thing about We Are The Dwarves is that it’s not quite like any other game you’ve played. There are elements of action and adventure, of RPG and RTS, maybe even a little tower defence, and a control scheme that’s all MOBA. Strategising every little move is key, particularly when you’ve got multiple dwarves to juggle and swarms of enemies to tackle. But you’ll only begin to enjoy this game when you realise exactly how it’s supposed to be played: carefully.

In developers Whale Rock’s strange, inside-out universe the titular dwarves inhabit a world hewn from a galaxy-sized rock. Small stars exist within hyperbole-inducingly big caverns, and civilisations have built reality-defying structures – like worlds – around them. But the stars are fading and the dwarves face extinction. In a last-ditch effort to save themselves, they send three of their best out into the unknown, looking for any way to prevent their society from destruction. Unfortunately, deep in the abyss, their ship is caught in an anomaly and the dwarven astronauts find themselves powerless and lost in new and wonderful landscapes. Your job is to reunite them, battling the alien creatures and plantlife barring your path and, eventually, find a way to save your race.

Those alien beings are double-hard bastards, though, and these dwarves aren’t quite like the dwarves you’re used to. In We Are The Dwarves, your three boys aren’t cut from the same cloth as their fantasy counterparts: they’re pretty soft – quite unable to take the beatings that your average fictional dwarf would chew up, spit out and demand more of. In the early levels of the game getting hit more than twice will result in a swift death and “Load from last save”. Even the environments will kill you, given half a chance. Remember, this world exists within planet-sized chasms – if you fall off something, you’re doomed. Fortunately, the same goes for your enemies: get them into a position to knock them off the scenery and they’re done. 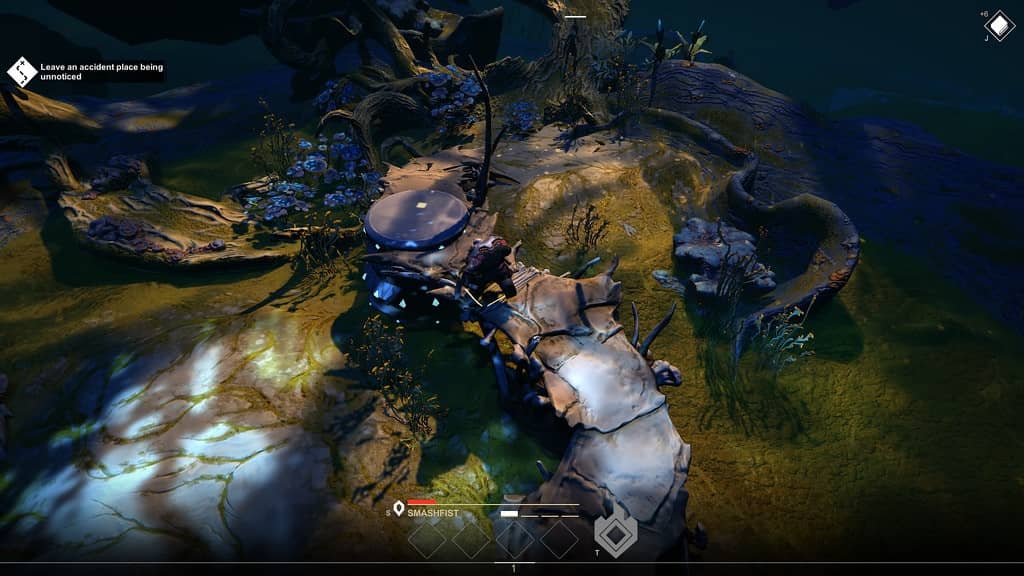 It’s that kind of tactical thinking and knowledge of the environments that you’ll need to employ throughout the game to succeed. Knocking enemies off the huge alien roots of the first level is the only way to beat it, but the game never explicitly tells you that: you have to work it out, probably after many, many deaths and much swearing. Happily, We Are The Dwarves helps you to embrace your strategic side with the use of an active pause mechanic: tap the space bar and time will slow to a fraction of normal, allowing you much more freedom to plan your moves and set up your abilities. Each dwarf has four such abilities and a “super”, all of which you’ll unlock as you play through each character’s short tutorial section.

Abilities, as well as your space-suit, can be upgraded by finding various types of ore scattered around most levels. Energy ore is the most common – you’ll need this to repair your suit and unlock some features; use star crust to permanently restore a new section of your suit armour (there are four for each dwarf, but if they get too low you’ll have to use more star crust to power it back up) and you upgrade your abilities with dwarven stone – either one or two stones for each upgrade – and you’ll need to be careful which one you choose because dwarven stone is fairly rare and difficult to come by.

Each of the three dwarves is rather individual, in terms of their look, their playstyle and their ability set. Forcer is the grizzled, grey-haired ranged type – with a little crowd control and a nice shield for you to cower behind. Smashfist is (predictably) a younger, fiery-headed melee character, wielding two axes (nice to see that some things never change) and dishing out AOE damage and a bit more crowd-control. Finally, Shadow is your mysteriously hooded stealth character – he can move unseen, is incredibly fast and can pop up to take out unsuspecting enemies for you.

The enemies, too, are beautifully well designed and nicely realised. Each type varies in their approach, tactics and abilities. Some enemies have keener eyesight, other types have acute hearing and yet more types can identify you (and track your trail) with an impressive sense of smell. The flora and fauna have roles to play, too – some creatures can skate across the tops of swamps and some plants have ways of alerting nearby enemies as to your position. The in-game journal, whose entries are unlocked as you play, is an essential tool to help you understand the environment you’re up against as well as the kind of creatures, plants and enemies you’ll have to face there. Reading the entries will often offer up hints as to the best way to take on each level, though – most of the time – you won’t have unlocked the important pages until after you’ve faced your enemy at least once, or progressed far enough across a level. 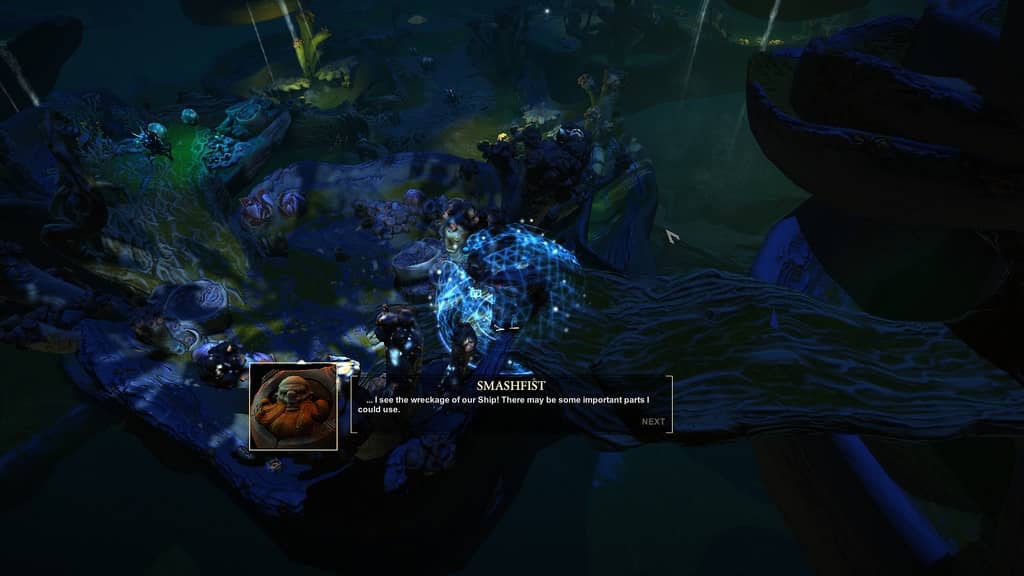 Visually, We Are The Dwarves is a beautiful game. The graphics are pretty stunning and it’s nice to see that each environment has aspects that really makes it stand out from the others – from individual flora and fauna to their own colour palette and lighting. The aforementioned enemies have unique building styles and defences and you really get the feeling that you’re in their space: like an intergalactic trespasser. The audio for the game is, if not as good, still pretty impressive. Again, you’ll hear different sounds in different locations, enemies have their own calls, alarms and resting sounds and you can pick out certain motifs for each place. Unfortunately, the dialogue isn’t great – not only are some of the translations a little skewed, the delivery is slow and a bit stilted, taking way longer to play than it takes to read the subtitles, so you’ll probably end up skipping whole lines in order to progress to the action.

Most of that action will be fighting the enemy. In fact, the story really just gives the dwarves a reason to be mixing it up with all of the underdeveloped and technologically inferior races of this strange abyss and very rarely rears its head throughout the rest of the game. Fights happen quickly and can get out of control rapidly if you’re up against more than a few enemies at a time. We Are The Dwarves‘ control scheme has you use a single mouse button to issue move, attack and ability commands (though you’ll have to activate your abilities with the QWERT keys – see? MOBA!) and, while that might sound reasonable, each enemy has an incredibly tight-fitting hitbox so, even in active pause, you can issue a move command instead of an attack command by accidentally clicking between the enemy’s legs or in the tiny gap between their arm and their torso, making encounters even more fraught and frustrating.

Scattered throughout most levels are healing stones and runestones. Healing stones can replenish your dwarf’s health by having them stand close to it and activating it, though these don’t crop up nearly as much as they probably should. Runestones allow you to save your progress and access the upgrade menu which, otherwise, is out of bounds. As a result, you’ll find yourself backtracking quite a lot -either to heal up after an encounter or to go back and save after clearing out a bunch of enemies or to spend some of your resources on upgrading your dwarves. This constant back-and-forth sort of breaks the flow of the game but it’s something that you’re going to be doing a lot of because, otherwise, you’re going to have to tackle that entire section all over again if you die. And you will.

The biggest problem with We Are The Dwarves is that it’s hard. It’s not just hard to play: it’s hard to appreciate. If something is so difficult that seasoned gamers have issues getting out of the tutorial levels (go and read any number of other reviews or watch a few Let’s Play videos on YouTube and you’ll see it’s not just me), it makes it difficult for those gamers to recommend that game to friends or colleagues or dear, trusting readers who don’t have as much time to sit down and really work out how to play it and appreciate it as we might. 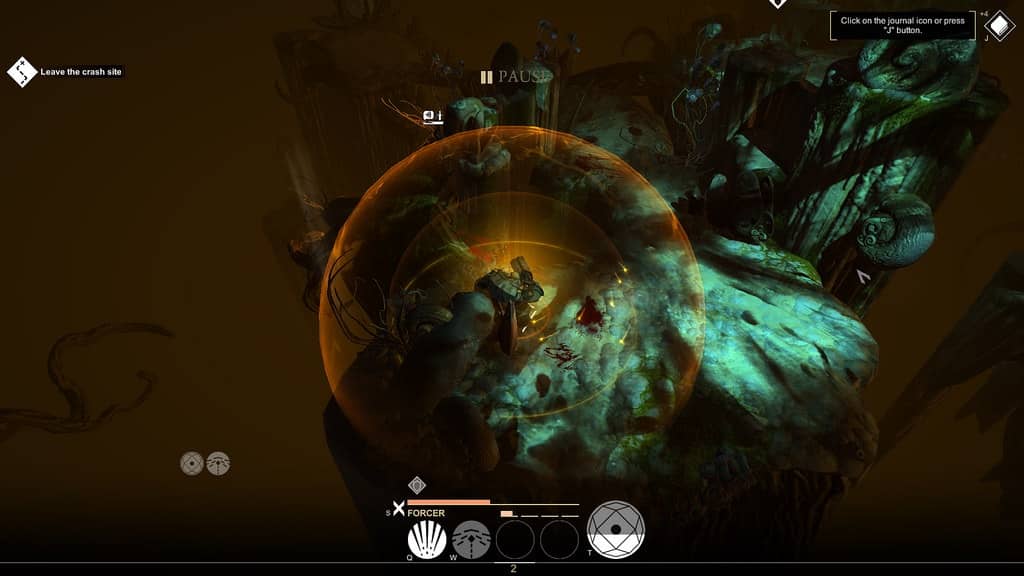 Whale Rock games have done a great job of making an engaging, challenging and rewarding game (if not the deepest in story-terms) but the difficulty makes it pretty prohibitive for most gamers. If you’ve got the time to dedicate to really getting into the strategy and minutiae of the gameplay, I can certainly recommend We Are The Dwarves as that action/RPG/RTS-like game you didn’t know you were without until now. If you’re looking for something fun and casual however, I recommend that you look elsewhere.

We Are The Dwarves is available on PC.