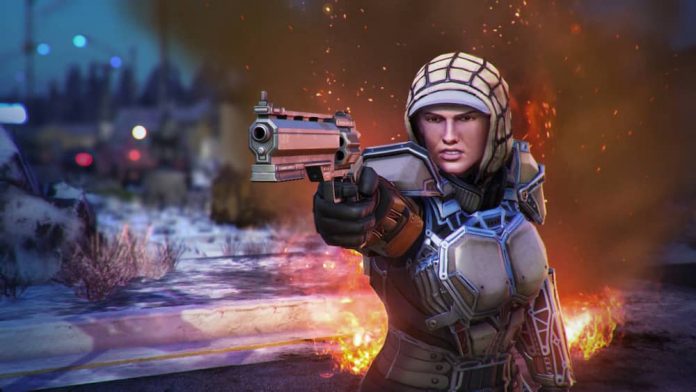 “AAAAASSSSSSSSSSSSS!!!!” yells my xeno-exterminating commando after failing to hit the ravenous alien bug four inches from his face. This glorious five second sequence had me in stitches and is a succinct summation of my experience with XCOM 2.

Veterans of the series will know the pain of missing a 95% hit chance all too well. Normally, it’s not a moment worth cherishing, as the soldier would bleat some muted, generic response not really akin to being on the brink of being vaporised (ironically the player more appropriately would be cursing wildly in the background). Thankfully, I’ve downloaded a mod which supplants these bland platitudes with the wonderful one-liners of Tourette’s Guy, turning frustration into hilarity.

Here’s where XCOM 2 really shines, facilitating snapshots of personal glory, tactical genius and heart-wrenching failure. For those unacquainted with the series, XCOM is a turned-based strategy game, where you control an organisation responsible for combating an alien menace plaguing Earth. While in the past, the job was preventing the aliens from gaining a foothold, the extra-terrestrials have now taken over so you’re now tasked with leading a guerilla resistance aboard a flying command ship to counter a mysterious project which will presumably squash humanity. The main drama unfolds on a 3D gameboard of sorts, tiled into squares. The player controls a squad of soldiers, each character with two actions which they can use to move, fire weapons or utilise abilities. You take turns to accomplish pretty standard objectives: destroying key devices, capturing locations/items of vague importance, protecting civilians etc. while alternating with the aliens who do their level best to disrupt the player. In keeping with the times, there’s also a base management component where you build facilities and other assorted goodies to make your henchmen more competitive in the fry-or-be-fried world. 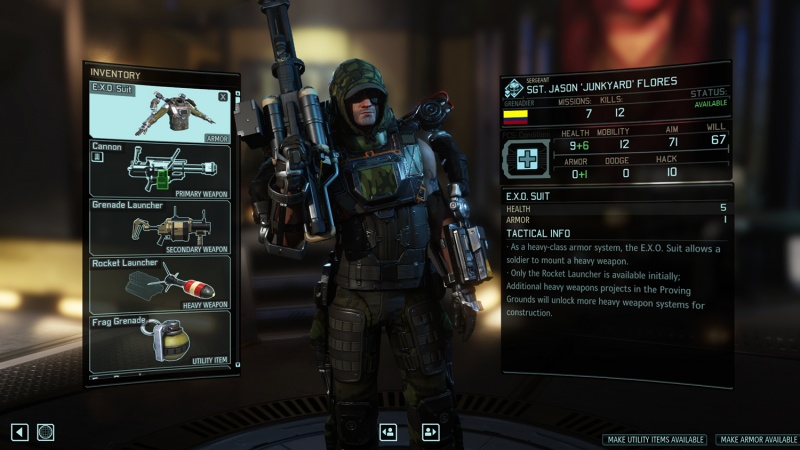 Playing the game shortly after launch, from a technical perspective, it was instantly obvious that the game had been rushed out. The optimisation was terrible; it chugged, stuttered and lagged its way to the borderline of playability. It’s since been patched, but the evidence was far from erased. For what it’s worth, XCOM 2‘s developers got it right in some regards, as the sparse improvements from the last game work well. There’s more to do when not in a firefight, there’s more goodies to craft and the almost shamefully pandering beef added soldier customisation is dutifully appreciated. However, I was struck by frequent bouts of “rushed sequelitis”. Symptoms include: stripping out of perfectly fine components like unequal soldier progression, cartoonishly one dimensional support characters (looking at you Bradford, you sad cardboard cutout of a man) and story, creativity lapses in key areas and most notably, leaning on the strengths of past games instead of new additions.

The game still functions well and the tactical gameplay is still solid as ever but retains the annoyances of the old systems. While the good gameplay quickly becomes familiar, the old annoyances feel brand new again. My biggest gripe is how the game forces you to play in an inorganic way. Being prepared to sight alien adversaries is crucial, as having your last man to move see so much as a micron of alien butt cheek gives their squad a free turn, which usually results in unwanted plasma infusions. Practically speaking, this means a stoic advance up the map, but since walls, floors, windows and roofs all have fluctuating opacity, your dream team (and therefore game) can be busted with one glimpse of an alien foot through a crack in the floor. I can’t think of a better system; it does work alright most of the time, and timed objectives do put a wrinkle in it, but there’s a 100% chance your game will be boned at some point because someone saw a scrap of alien cape cloth through a keyhole.

That’s not the only thing that can take your squad to pasture. While I accept that random numbers will screw you (likely multiple times in a mission) what I cannot accept are the glitches and inconsistencies. My games have been ruined by soldiers not being able to see things through windows, by not being able to open time-sensitive boxes, by random building collapses and enemies shooting me directly through the floor. It’s maddeningly inconsistent and when you’ve put hours into a campaign, to have it ruined by something like that is unacceptable (I play on the no old saves allowed ironman mode).

The atmosphere of XCOM 2 is another area where the ball was really dropped. As mentioned, the supporting characters are flat and cartoonish, the cutscenes are poorly animated and the story is stupid. But to me, the more glaring issues are smaller details and moments which litter the game and could easily have been remedied. For instance, I use a device that creates an illusion of a solider but my troops moan and groan like they lost a comrade when it gets destroyed. One mission where my command ship was downed I found had infinitely spawning enemy airdrops but they only came one at a time, so what I assumed was supposed to be an escalating desperate struggle ended up being a duck hunt. Soldiers elbow out windows to shoot through them but sometimes they don’t break so they end up blasting through a glass pane. Once my soldier’s weapon disappeared so he went around using deadly finger guns all mission. I can go on all day but the point is while it seems petty, to me, little details like this add up to a feeling that you’re playing something that needed more work – work which a AAA title like this should have had done. 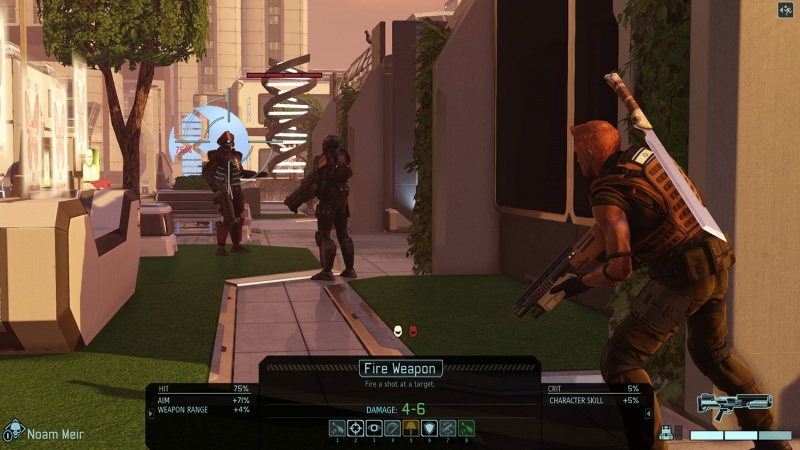 Speaking of which, there were some areas that sorely needed more creative effort. I like the enemy design, but the few classes/primary weapons usable for your guys and gals could literally not be more generic. The mission structure is a pre-destined routine, as missions are scripted in a fixed order and lack variety. The procedurally generated maps were fine, but I couldn’t shake the feeling of familiarity anytime I landed somewhere; nor are there any interesting geography or structural elements to utilise. I like the psychic abilities but the regular class abilities are sensible but boring.

What XCOM 2 does provide is a foundation. The game itself is solid, if limited, and to that end, mod support fills a lot of the gaps nicely. It’s still early on but the community has already supplied a torrent of assorted improvements which shape the experience into something vastly more enjoyable. You have surface level improvements like voice packs, additional props or real-world military patterns for guns and armour but also gameplay improvements which in all frankness should be included into the vanilla game. Things like line of sight/flanking indicators, uneven soldier stats (having the same stats on all rookies is like having Pokémon with all the same stats), removing time-wasting animations, improved camera positioning, lifetime soldier records, and added classes and weapons; they make the game into a great and varied experience, but the difference between a heavily-modded game and the out-of-box version is staggering. While it’s worth commending that XCOM 2 has the potential to be a really engrossing and entertaining title, after putting more than 50 mods on my game and observing the difference, it seems fairly convincing that the developers made a serviceable, but severely uninspired title and hoped the community would fix it. Which they did, but there needs to be some accountability for how by-the-numbers the vanilla release was.

So is XCOM 2 a good game? Yes, it is. The core gameplay is solid and provides a good backdrop for the drama of random numbers. It captures the suspense of wondering what the aliens will cook up next or what’s in that facility and should be praised for that. While there are problems so caked on that mods will likely never wash them away, the fact remains that there’s a strong game here. The glaring aforementioned asterisk is that you have to assemble it into something worthwhile yourself from unincluded parts. It played the “blah” sequel part to perfection, neglecting seemingly obvious features for the community to figure out; not that they were even overly difficult to do seeing as how mods have already addressed many issues. It all indicates pure oversight from the studio, which I suspect were caused by a rushed delivery. XCOM 2 was released a barren Christmas tree of a game, luckily possessing enough branches to dangle somebody else’s flashy ornamentation on to gussy it up.

XCOM 2 is available on PC.