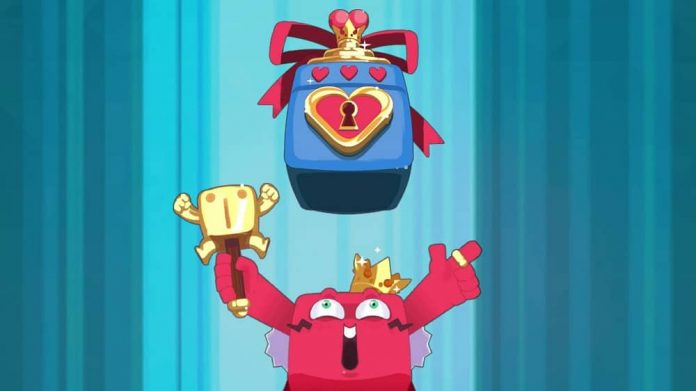 The recent trend of couch co-op party games has another contender vying for your attention. Luckily, you’d be hard pressed to find one as original or charming as Ankama Studio’s Abraca – Imagic Games. Classic fairy tales team up for this jolly romp that is both inventive and loads of fun.

The prodigal love-child between Super Smash Bros. and Mario Party, Abraca is a wonderful mixture of competitive brawling and classic platforming action all wrapped up in a party game formula. The latest from French studio Ankama Games, their fantastic touch for art design is used to great effect in a game that feels like a cartoon that’s come to life.

Aesthetically, the game is a whimsical delight. Broad thick outlines and bright vibrant colors make the game’s world feel like a Saturday morning cartoon. Blocky characters with big wide eyes punctuate a roster of five teams of two, each made up of a “Prince” and a “Princess”. From the likes of Prince Charming to Little Red Riding Hood, the albeit small character lineup explores plenty of variety in control. Characters that are larger move with a hefty weight while some smaller characters feel nimble despite everyone moving at a balanced and similar speed. While it’s never different enough to be jarring, it does mix it up enough to make matches interesting. 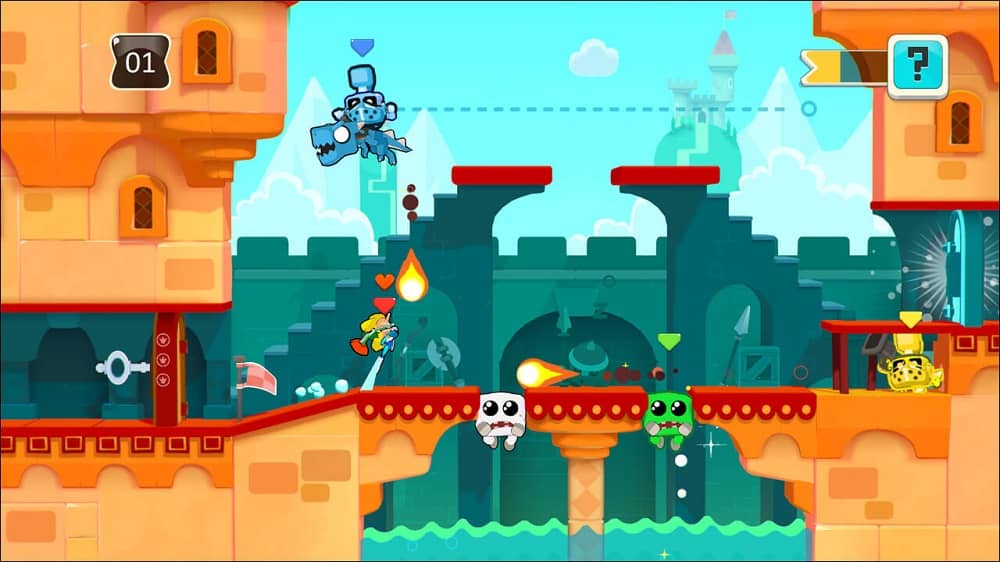 While it can be awkward jumping in for your first time, once you’ve got the handle of Abraca’s basics you’ll find it to be a satisfying experience. Meant to be played on a couch crammed in with three other friends, the game’s Race mode is its heart and soul. Each match is broken up between Prince turns where each player runs through platforming stages populated with NPC Defenders, until culminating with Princess battles at the end of the round. Princesses then duke it out in a 2D arena, sometimes in simple one-for-all fights and other times in objective-based games. Once the fight is completed, the winning Princess scores extra heart pieces for their Prince to use, allowing them to get hit more in their run. The process may at first glance seem pedantic and boring for anyone who is not in immediate control of their Prince, however thanks to a nifty possession system other players can take control of certain Defenders to help hinder the Prince’s progress. Because of this, players are never forced to be idle watching their friends take their necessary turns. Every moment is constantly involving a wide scope of player interaction, avoiding the pitfalls of its contemporaries. While its core platforming may not be anything particularly memorable, this approach to design encases the game in a fun and unique take on the well-worn formula.

Alternatively, two to four players can also jump into the game’s Arena mode: a scaled down version of Race Mode’s Princess fights. After selecting a Princess and one of its five game types, players get a focused look on the game’s brawl-centered offerings. Characters have a basic and ranged attack, both of which can be charged. Other than that, there isn’t much players can do in a fight. Despite the game’s structure being delightfully intriguing, its fighting mechanics seem flat and uninteresting by comparison. While a fun distraction from the main portion of the game, Arena simply emphasises this fact. Characters often land awkwardly on platforms since their hitboxes are hard to define, occasionally becoming frustrating when you misjudge jumps. Couple this with the fact that there aren’t any special moves to learn, and Arena becomes a mode often left untouched. 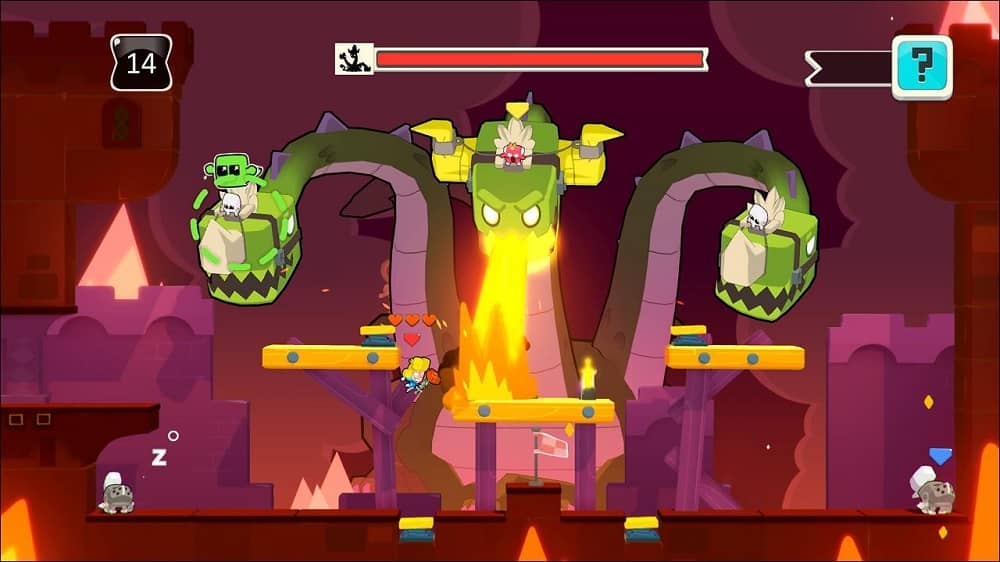 If you find yourself alone, Abraca has one option left for you. The game presents a Challenge mode where you burn through pre-made courses as either a Prince, Princess, or Defender from Race mode. It’s a perfect training area to play around in for first time players. The mode tasks you with learning the intricacies of each form of control both on a macro and micro level. Ranked by a three-star system, it simultaneously provides something for solo completionists to chase as perfect scores often requiring a mastery of the level’s stage. Although a single player option feels necessary in the mode listings, Challenge mode is ultimately forgotten. It shows the potential for what a single-player only story mode could offer, but instead instead we’re left with a narratively disconnected series of training sessions.

Where Abraca falters in its core mechanics, it makes up for in its characterisation of classic fairy tale archetypes. Characters are animated with their own style and designed to reflect that. Prince Charming for instance always has a smug smile and heroic stance, while the Snow Queen’s Yeti feels like a hulking but lovable idiot. It’s here where the game capitalises on Ankama’s greatest strengths of blending animation with their games. Despite the little time we actually spend with these characters due to the game’s frantic turn-based nature, there is a real connection made and players can easily find their favorite prince and princesses from the crowd.

At large, Abraca seems lacking. Its race mode is incredibly fresh and fun especially if you are able to fill up your couch with other friends, but outside of that core experience there isn’t much to the game. Without any capacity for online multiplayer, the game restricts you to inviting people over to play which can be a real difficulty for some players. Despite all this, the game is an impressively entertaining party game. Whether you’re playing with your children, your significant other, or a room full of friends Abraca is a tool to bring people together. Its ability to involve every player in every moment makes the game feel open and inviting to even those who don’t normally play games. That is Abraca‘s true point above all else: to deliver an entertaining time among friends, and this it does without a doubt.