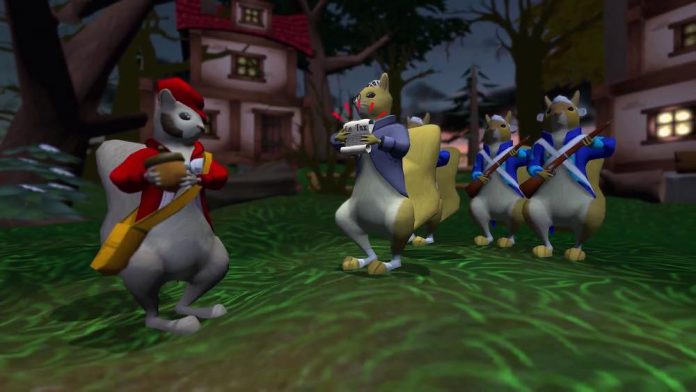 Revolution cries are roaring through the land.

The common folk have rallied against the tyranny of their oppressors. The squirrels have revolted! Yes, I did say squirrels. If that sounds a bit nuts to you, that’s because it is. Acorn Assault: Rodent Revolution gives you nuts by the bag load. You will want to love this game for its zany premise, but unfortunately will find yourself not being able to.

The objective of Acorn Assault: Rodent Revolution is to lead the brilliantly named Charles DeMontesquirrel through his battles with the state, whether that be with the Taxman or the King himself. You play the game by placing your fully-armed squirrels in a grid and placing other objects, such as barrels to defend these rodents. Once you place your squirrels and defensive items, it’s time to open fire upon the enemy in hope of destroying their base.

The real crust of the gameplay is about balancing attack and defence and unit positioning. Do you place an attack on an undefended column in order to get that final bit of damage on their base, or do you place your squirrel behind a sandbag and try to chip away safely? You take it in turns with the computer (or other human via multiplayer) to blast at each other’s base until someone is destroyed. Sometimes you might need to pack more of a punch and by placing three identical units side-by-side you combine the squirrels into a more powerful squirrel. This can also be done with defensive items. 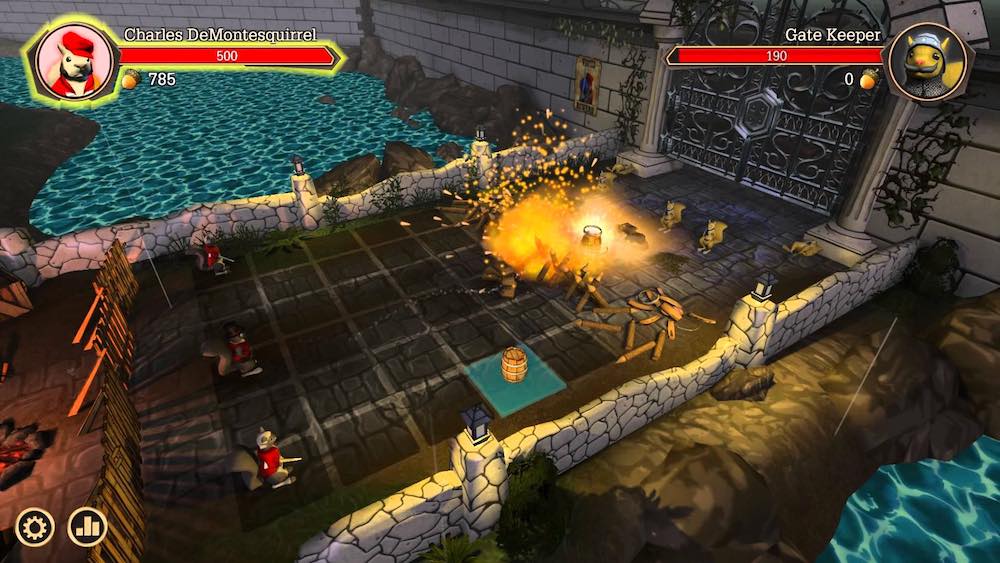 You can gather nuts by also finding them on the grid or by merging units. These nuts are used to add a bit of firepower or defence for one more turn or even add a bit more health to your base. This forces you to make a decision whether you should hold your nuts or to blow your load to take out a wave of units on the opposing side.

The decision you have to make are influenced by the commander of the army you are up against, as every different character has a special ability to halt your progress in the revolution. Some may use explosives and others will take your nuts. The narrative is told through a railed camera that shows key events leading up to each battle, which were all fairly entertaining. Each characters’ design – especially the queen – is pretty funny and interesting, and for me was definitely the highlight of the game. By defeating these characters in the campaign mode you also unlock them in multiplayer which is neat.

However, this is where the fun stops. The rest of Acorn Assault: Rodent Revolution‘s story is told through conversations between Charles and his foes each battle. Where some scenes raise a bit of a smirk, most of them fall flat. One character just ripped lines from Monty Python over and over again. This would be forgivable if you didn’t have to sit through these conversations every time you fail to win. It got boring – very quickly!

The only saving grace is each individual commander’s special ability. This alone mixed up the fighting, but not enough to make it feel engaging. Some of these abilities seemed to be significantly hard – the gatekeeper and his barricades especially – but then the next boss would be considerably easier. As the game progresses you expect the AI to challenge you by getting better, pushing you to adapt you playstyle. However, in Acorn Assault: Rodent Revolution, the bosses just get handed artificial unfair advantages instead. 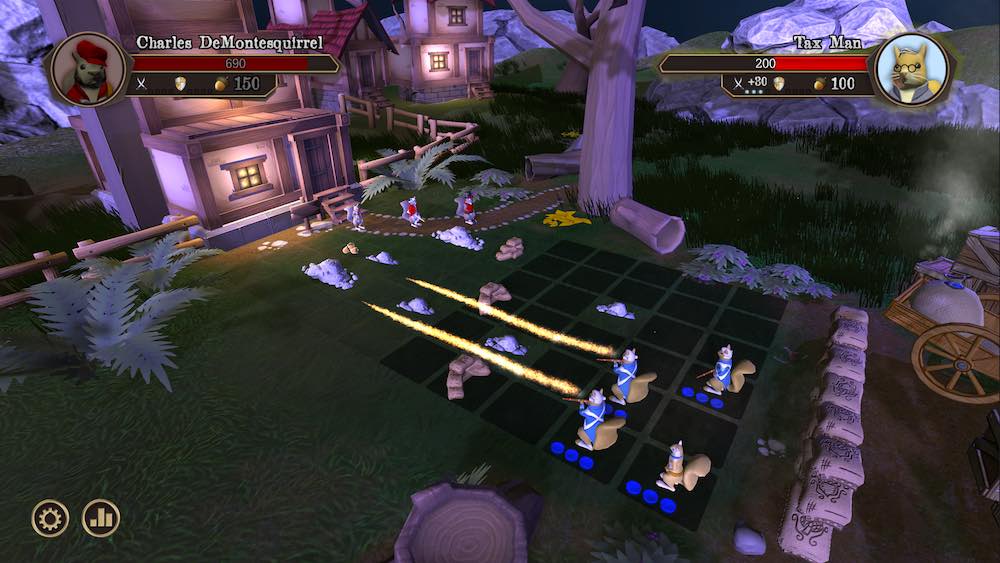 The original premise and certain parts of Acorn Assault: Rodent Revolution‘s story start out fun, but unfortunately it doesn’t sustain for the full hour or two that it took me to complete the game. I enjoyed the first few fights exploring the mechanics and the opening lines of dialogue, but the game quickly became repetitive and irritating. Acorn Assault: Rodent Revolution is a game that promised to be a charming indie title but fell tremendously short.