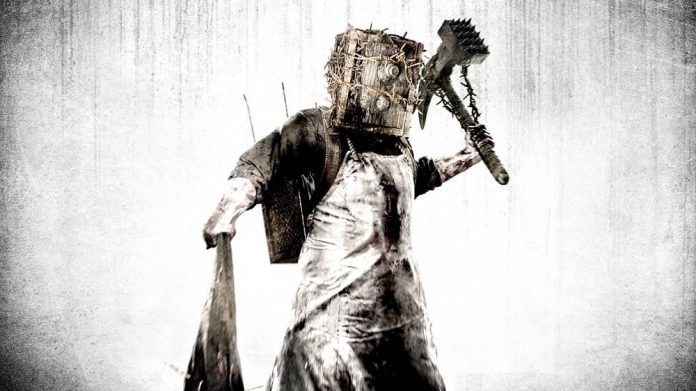 “That house,” Detective Castellanos whispers. “I’ve never been there, but it seems familiar.” These words from the protagonist of The Evil Within are both spine-tingling in their evocation of the original Resident Evil mansion, arguably the birthplace of survival horror, and bathetic; anti-climactic. We have heard it before. Perhaps too many times. Déjà vu no longer automatically instills a feeling of dread because, ironically, we are familiar with it as a trope. Stephen King once wrote the opening line “You’ve been here before” in his novel Needful Things, giving the reader at once a sense that the story they are about to encounter is an archetype, one of the “old” stories we hear are repeated over and over throughout time, and enticing them to discover answers to the numerous questions it raises: where is “here”? Why and how they have been “here” before? The difference between the two examples above is that it is far easier for a writer, with absolute command of every word the reader encounters, to tell a familiar story their own way, making it seem new. With video games we are often immediately aware of similarities between settings, level design, control layouts, engines and the techniques employed to ramp up tension.

In many respects, I believe The Evil Within was a triumph of a horror game. It came in 2014, a turning point where we were embarking upon a new generation of console and an entirely new era of gaming. At the time of release Shinji Mikami, creator of the Resident Evil franchise, commented that he believed it was becoming more and more difficult to scare players. Survival horror games were dying out as a result. Only a few significant survival horror titles had been released in the preceding six years: Dead Space in 2008, Outlast and The Last of Us in 2013. It seemed players were beginning to favour indie horror games such as Slender, Amnesia: The Dark Descent and SCP: Containment Breach; games that often limited the player’s abilities, working off the principles of horror via paralysis and powerlessness.

I love those jumpy, atmospheric horror games, don’t get me wrong, but the experience was never as rich for me as playing a game like the first Dead Space or even the original PS1 Resident Evil titles. This is perhaps because games like Amnesia principally rely on shock-tactics and psycho-manipulation rather than the fear of imminent death the original survival horror titles so powerfully instilled. The odd thing about Resident Evil is that if you’re seriously good at the game, you can not only survive, but thrive. You might ask: where’s the horror in that? The important factor is that success always stands on the edge of a knife. One mistake, one miscalculated encounter, and suddenly the tables are turned and you’re back running (and hiding) for your life. It made you feel the powerful, instinctive urge to survive, to pull through, keeping you on the edge of your seat in the same way as quality film-making. This kind of desperate tension was unique to the Survival genre. 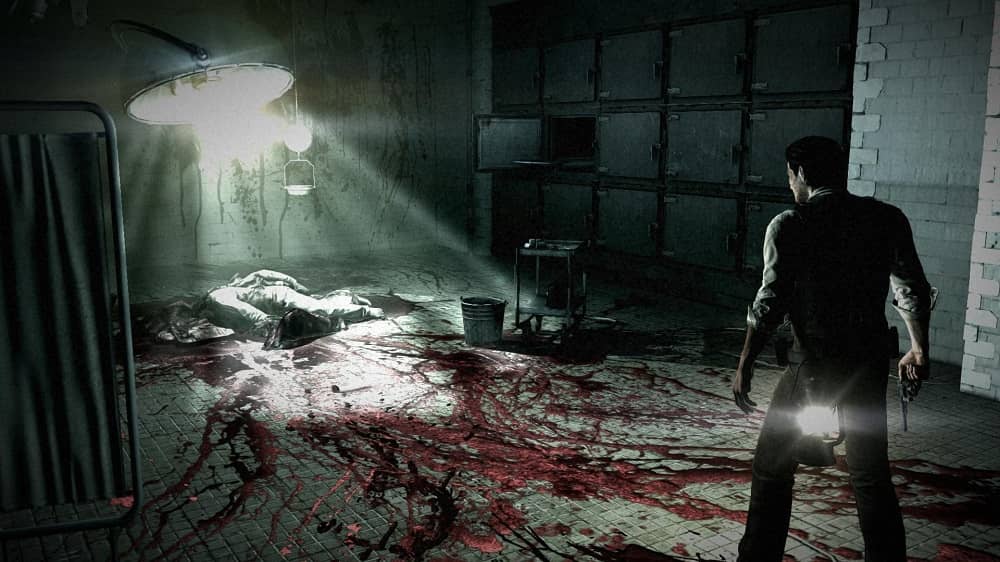 The Evil Within recaptured it, and what’s more, did away with a lot of the clumsier tropes of the Resident Evil genre. Sure, there were technical flaws in the game as well. Once or twice I did feel like I had “been here before” (not in a good way) but overall the game felt fresh. The plot moved into unexpectedly intriguing places, explaining what at first seemed like an excuse for randomly linked (albeit cool) levels and deepening our understanding of the characters until they became three-dimensional. Det. Kidman, who seemed incidental, became the fulcrum of the story. One felt there was a real message behind the game. The monsters were symbolic as well as disgusting and terror-inducing (learning, perhaps, from the original Silent Hill games). The mechanics were an expert blend of smooth sneaking and traditionally awkward shooting. I’ll say no more on why I thought The Evil Within was an underappreciated survival horror gem, because the real purpose of this article is to explore what came afterwards.

Which was basically nothing, at least in the triple-A category.

“True survival horror has once sunk back into the shadows. If the purpose of The Evil Within was to revitalise the genre, it seems, despite its brilliance, to have failed”

We got Alien: Isolation, championed by many as an outstanding example of survival horror (if repetitive at times). But this came out in 2014 alongside The Evil Within. What came along in the next two years? Until Dawn dropped in 2015, a welcome and brilliant innovation in the horror genre, but not truly a survival horror game as such; it too much occupies the unique generic space of interactive narrative, foregoing combat and resources mechanics. Dying Light was critically acclaimed, but I would struggle to classify this as a horror game at all. It has zombies, but really, with the parkour elements and flippant hero, it feels more of an action-zombie title in the ilk of Dead Rising. True survival horror has once sunk back into the shadows. If the purpose of The Evil Within was to revitalise the genre, it seems, despite its brilliance, to have failed.

Considering the immense flexibility of the survival genre (unlike, say, the limitation of the procedural “it’s following you” games like Slender and SCP), it’s surprising it’s so under-utilised. A survival game could be set anywhere. Cities and space stations have been done, so why not a deep forest? Aside from the opening levels of The Evil Within I can’t think of any survival horror games that take place in this setting. Or why not introduce more narrative decision-making elements like Until Dawn? There are so many possibilities and the genre has so much potential, even more now given modern platform capabilities. 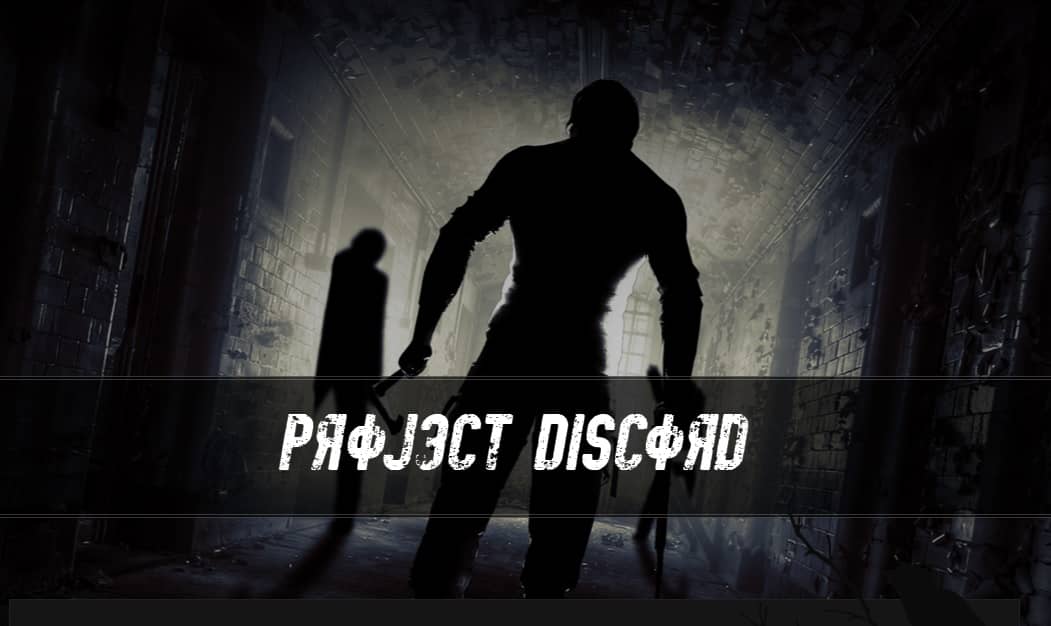 So, here’s to hoping some time soon we get a worthy successor to The Evil Within. The recent EGX: Rezzed in London was an amazing showcase of new titles (more coming soon on what secret treasures we discovered there), but sadly, there were hardly any games in the survival horror genre, and none of the ones I did see looked very promising. That said, one game that’s recently been added to my radar is Project Discord, still in the very early stages of development. They have yet to even open their Kickstarter, but the footage they’ve shown looks exciting. The game’s based on Russian sleep experiments conducted after World War II, and the team behind it are determined to create something of AAA quality. It features multiple playable characters, motion capture tech and it looks like they might have some good writers on board too to develop a convincing story. I highly recommend you keep an eye on it. Who knows, maybe this will breathe new life into the survival horror genre?

Although, if we really think no one will step forward to pick up the mantle, we can always write to Shinji again.